So, operation "dump-the-kids" began when we caught a glimpse of the salt water infinity pool. 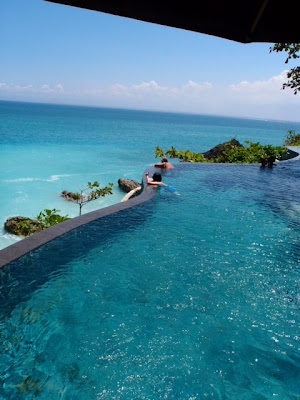 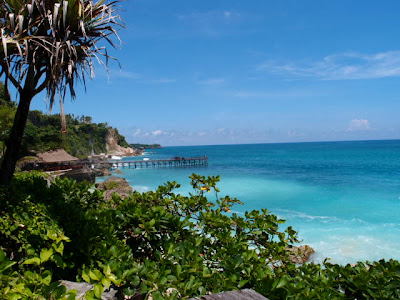 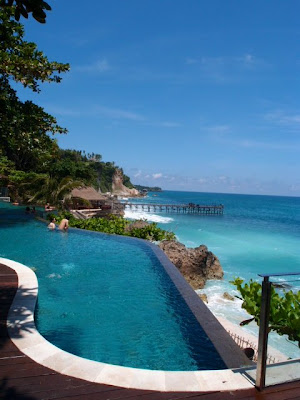 We enquired at the Kids Club, and they said they could only confirm babysitter availability 2 hours later as it was a local holiday that day, thus some of their sitters may not be working. Aiks!

Both girls were having their nap and I was in the long bath when the phone rang about 1.5 hours later. I strained to hear hubby's words and heard "ok, confirmed then?".  Yayyyyy!  But the phone call woke Elyssa up. Before I could do anything, hubby told Elyssa a "kakak" will take care of them later. Ooops....wrong move!  I wanted to break the news gently to her. Elyssa typically wakes up cranky and as expected, she went "NOOOOO!  I don't want".

So, a HUGE drama started in the room. Crying, whining, protesting etc.  Erin woke up too and became super clingy. At one point, we nearly caved in to cancel our plans. But in the end, we decided to just go ahead.

Baby sitter arrived 15 minutes before the allocated time. Ok, good sign. She looked pretty decent. We signed the consent form (by then, the girls have somewhat calmed down) and we were off!!

Oh my, we dashed out of the room giggling and quietly chanting "freedom!" "freedom"!. Like 2 young kids that have been given a 3 hour freedom pass by their parents. But hang on a minute........we ARE the parents here, and THEY are the kids!  Ironic eh???   ;-) 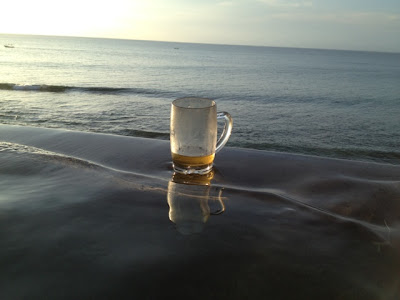 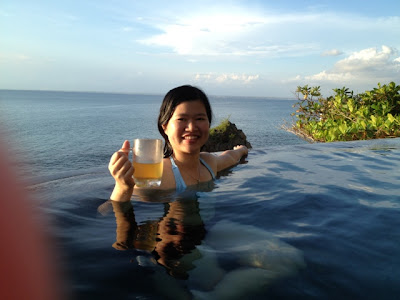 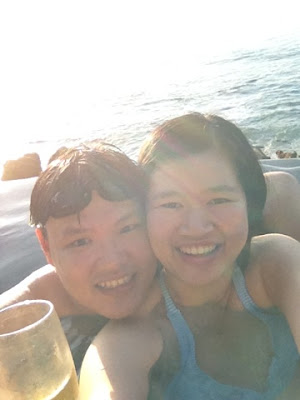 @ one of the Lounge Beds 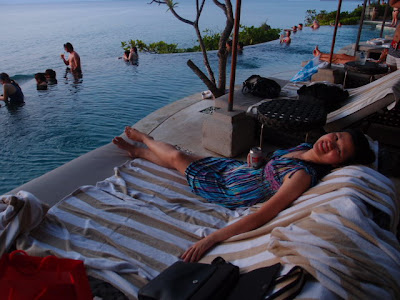 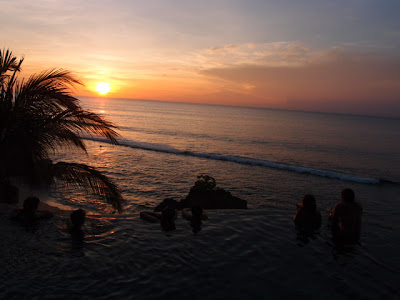 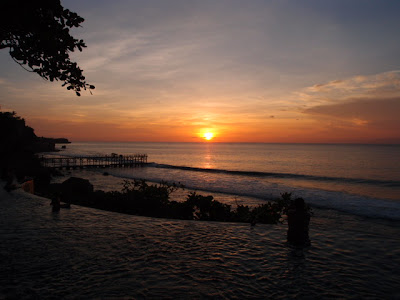 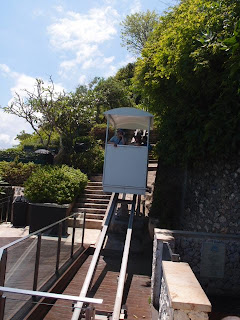 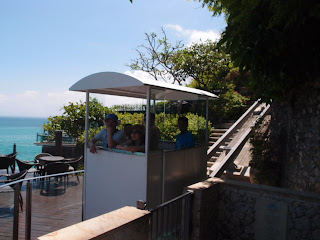 After the Infinity Pool, we went for drinks at the famous Rock Bar. Didn't take many photos as it was rather dark by then.  My photos below just doesn't do the place justice. 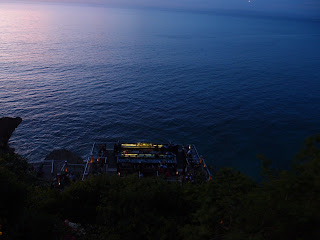 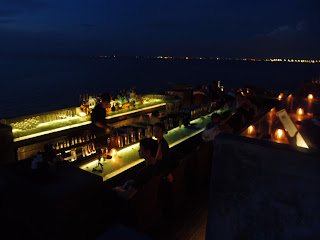 Me looking at the menu 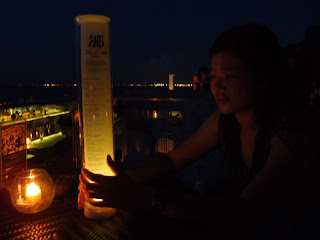 Our drinks
White wine for him, frozen margarita for me :) 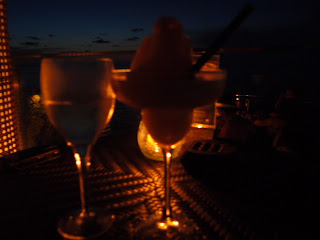 Rock Bar definitely has that "wow" factor. It's open to public but the best tables (at the top viewing deck) are reserved for hotel guests. Plus hotel guests do not have to queue for the cable car ride :)

Since my photos are so bad, I just had to pinch this from the web.


A much better shot of Rock Bar

Definitely an amazing experience. So, so glad that we didn't miss it!

When we went back to the hotel room, we stood a few moments outside the door to listen for any screams/cries. Hmm....didn't hear any.  Good sign.

Baby sitter reported both girls were like little angels during the 3 hours. Not a single tear. Not a single complain.  So much for all the drama earlier!


Elyssa with the baby sitter, YeYen. 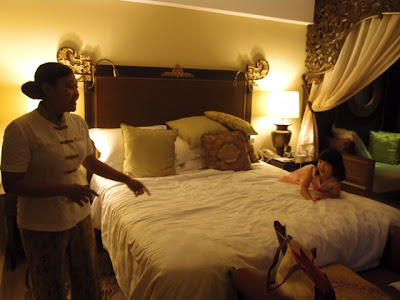 Perfect for both of you.

The place is very nice and romantic....

So the Kakak is a good lady and acn be trusted. Well, I know where and next time I can dump my kids for her and enjoyed almost like you... Muahaha....

Such a nice place for holiday...so romantic..

What a perfect and romantic evening. Love the infinity pool and Rock Bar is really cool! You mean the only way to get there is by cable car?

Angeline - eh, what are you doing up at almost 2am? ;)
Yes, the Kakak was quite professional. She even wanted to give Elyssa a bath but Elyssa said she wanted to wait for mummy.

HweiLi - can go down using a flight of steps some distance away too. Funny thing is we discovered the steps (which is an alternative route) before the cable car.

Adrine, sleep late lor... I only have my me time during midnight.