Nice Smile for the Camera

I don't have many photos of a nice smiley Erin.  Why?  Because when I ask her to smile for the camera, I usually get this..... 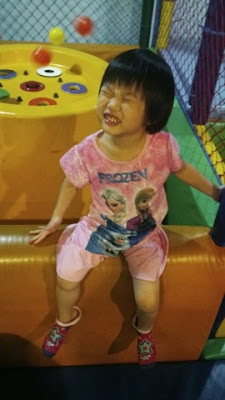 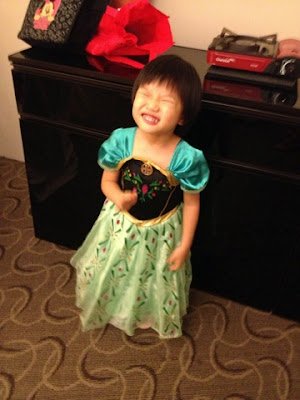 so I said, Erin OPEN your eyes.  Yes, she did that, but she forgot to smile and I don't know why the mouth must OPEN too. 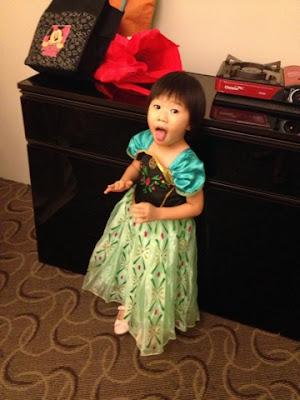 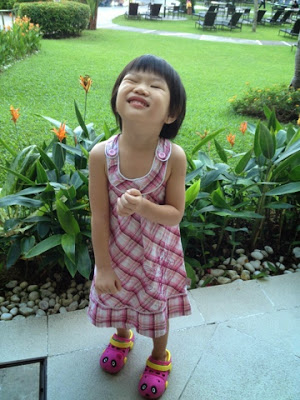 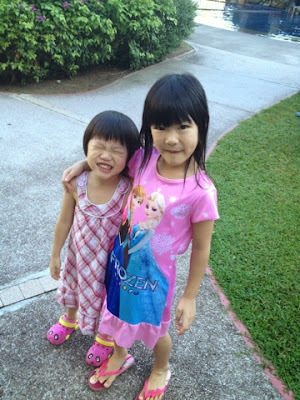 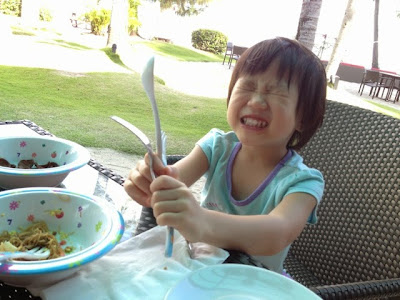 Elyssa told me about her conversation with her classmate, J recently -


Wuahahahahahah!!!!  I couldn’t help laughing away.  I asked Elyssa how she responded and she said she just kept quiet.


Last night I teased her – 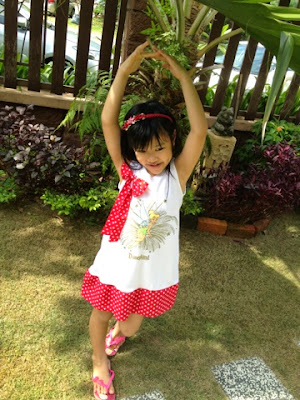 Took some quick photos of my little Chinese princess before we headed off to the concert venue.
Last year's costume routine was also Chinese themed. I would have preferred a different theme this year actually.  But since she's in a Mandarin class, I guess the teachers tend to choose something more Chinese. 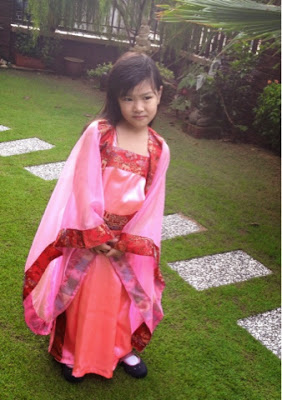 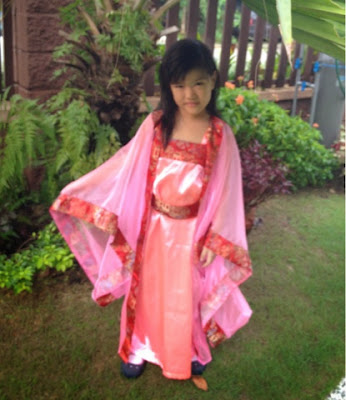 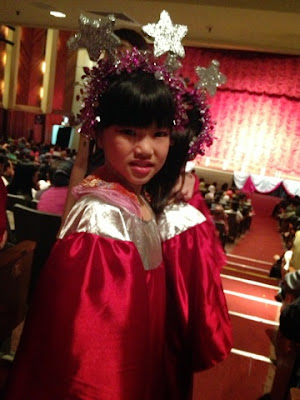 Chinese Umbrella Dance, to the song from "Mulan"
I was rather surprised that she looked so unsure during the performance. She kept looking left and right at her friends. After the concert was over, she told me the teacher made changes last minute (in her words "everything was ter-balik") i.e those who were supposed to come in from the left, had to come in from the right and vice versa. I guess she got dis-oriented from the change!
Ah well.... what to do. 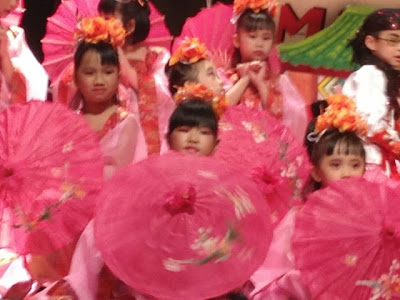 Photo with mei mei, taken after the concert 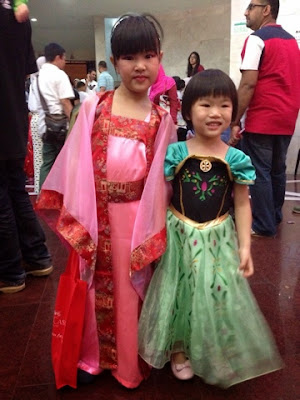 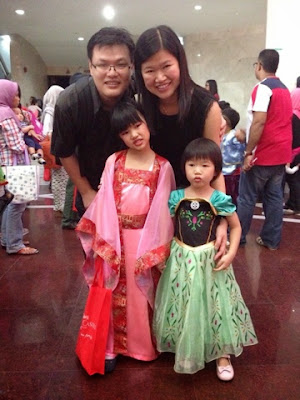 Forgot to take photo of everyone, but just like last year,she had plenty of ppl who turned up to watch her dance - Daddy, Mummy, Ah Kong, Ah Mah, Ku Jie, Erin & kakak. And since cousin Jensen also performed during the concert, Ah Koo, Ah Kim, Justin koko and baby Jayden were there too  :-)