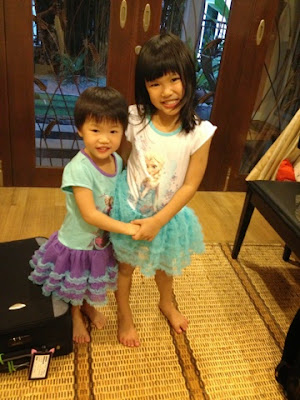 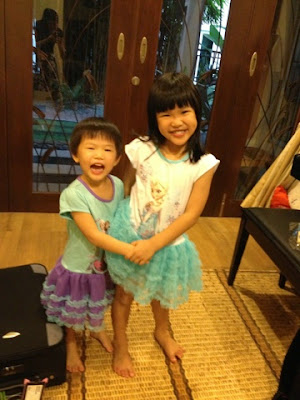 We originally planned a home birthday celebration for Elyssa's 6th birthday (at her request) but last minute had to change it to an outside event cos I had a Mon-Sat training to attend. In the end, we chose McDonalds to have her party.  Invited our family members plus some neighbours.

Photos from the birthday lunch -


Food
The only food photo I took 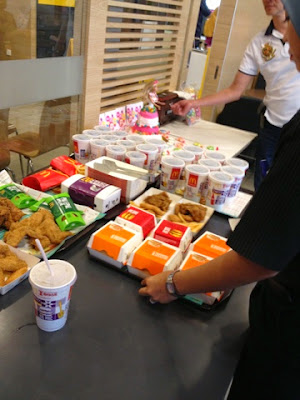 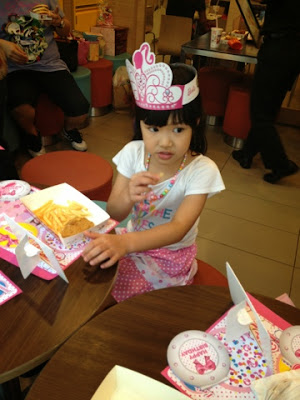 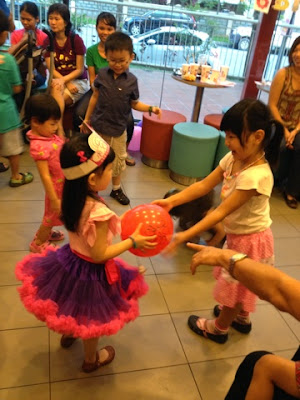 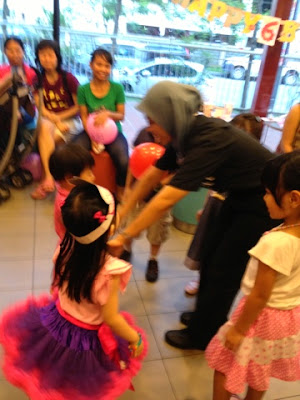 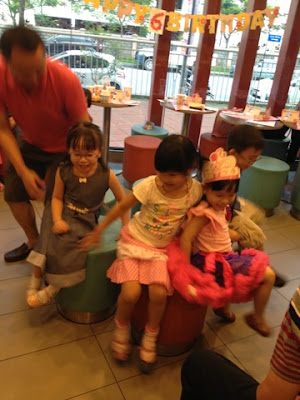 The only thing I did this round was to bake a cake for her.  She requested for a Barbie cake- 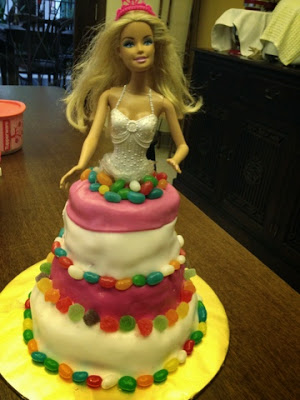 Posing with her Birthday Cake
I know it's not obvious, but her outfit was supposed to match her Barbie cake:
a) White top
b) Pink and White layered skirt - I sewed the skirt for her!
c) Pink tiara (Oops, not in this particular photo)
d) Necklace 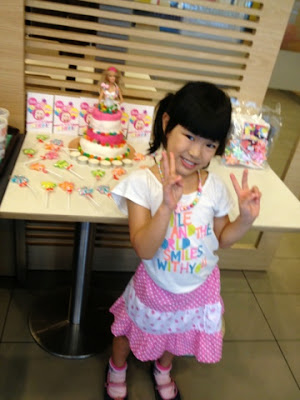 Side track a bit - found a photo with their matching tiaras  :-) 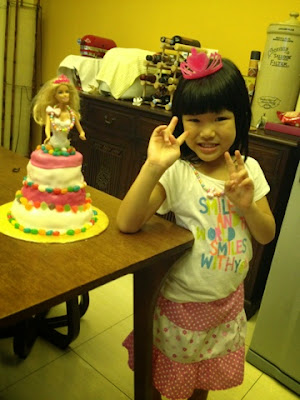 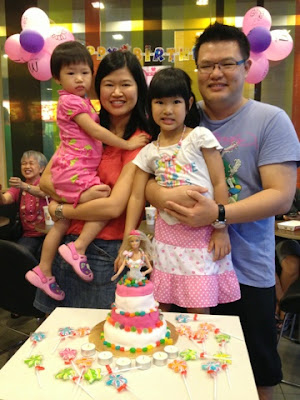 Daddy, Mummy & Elyssa
Notice the birthday banner at the back? My SIL bought it for Erin's first birthday. We've used it 3 times since that day - Erin's 2nd birthday, Elyssa's 5th birthday and now Elyssa's 6th birthday. We just change the number in the middle each time  :-) 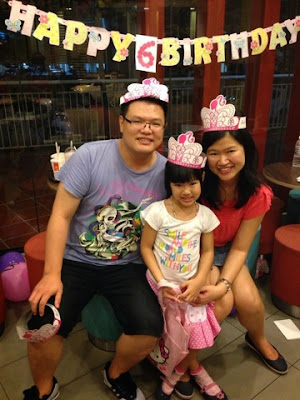 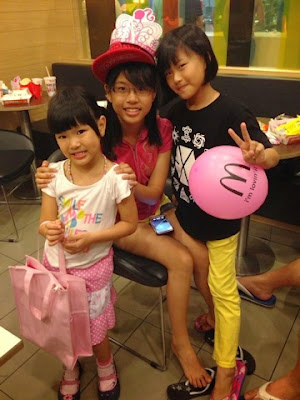 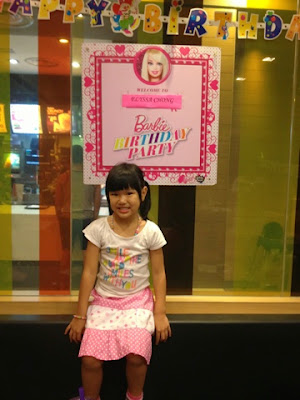 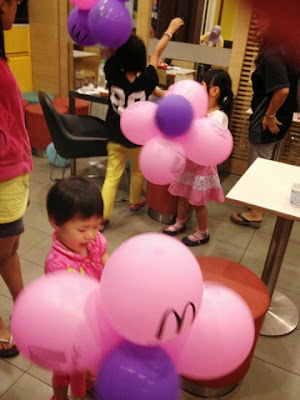 Elyssa with the McDonalds logo 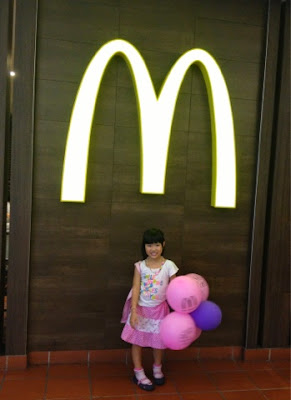 Elyssa declared her birthday as "the BEST birthday party EVER"!
Posted by Adrine at 9:06 AM 2 comments:

Few times a week (and when it doesn't rain), my mum brings her grandkids to the playground. They absolutely love their playground time!

Managed to take some of these happy photos few weeks back -

Just look at their expressions ! 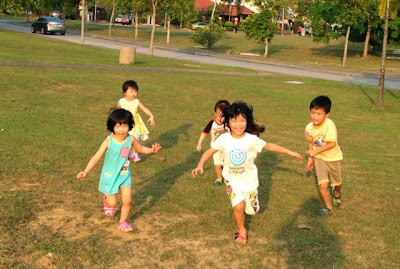 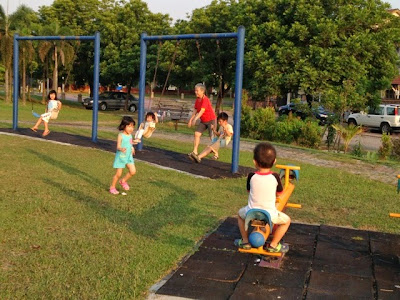 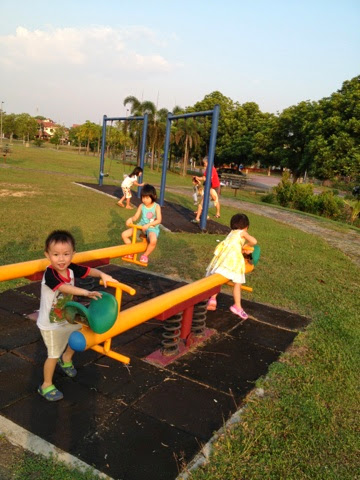 My mum includes "running time" too!  Cos she says exercise is good for the kids. 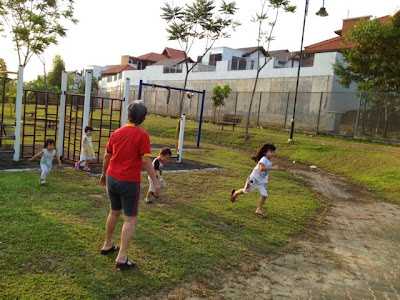 Lil Monkeys on the monkey bar  ;-) 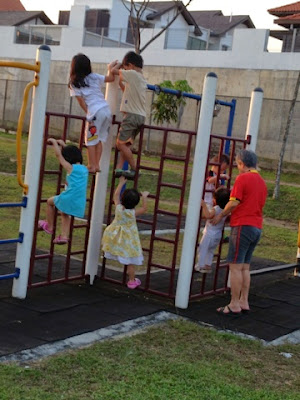 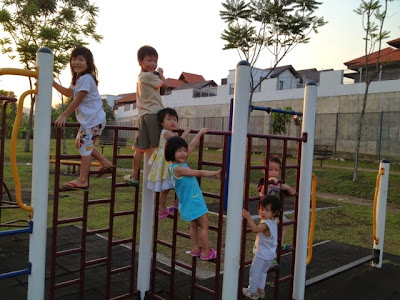 This was taken on another day - climbing "up the moutain" as they like to call it. 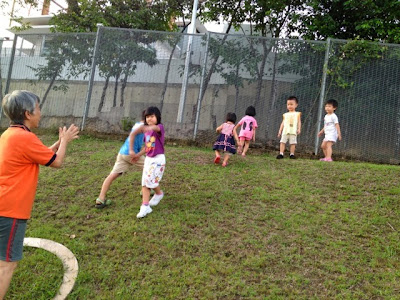