Breakfast for Day 3 was....... beef noodles at Pho 24 again!! Ha ha. I got addicted to the noodles there. This time, I found my perfect combination - two slices of lime, some cut chillies, some basil leaves AND one spoonful of chilli paste plus one spoonful of their brown paste into the soup base. PERFECTO !! :)

After breakfast, we took a stroll to the Ton That Dam Street Market. Rather quiet as it was a Monday morning - 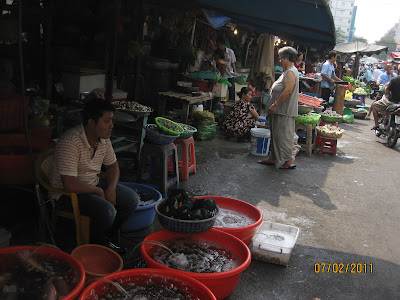 Stall selling all sorts of liquor
Something we don't get in M'sia! 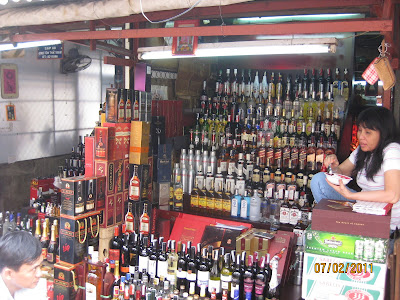 Locals having breakfast at a roadside stall 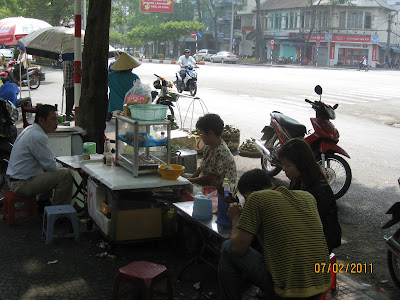 Mother hen and her chicks
Elyssa was scared at first! Realised she had never seen a real chicken before 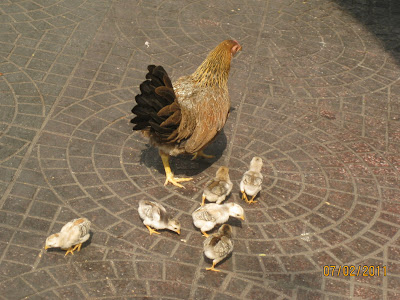 It was a pretty hot day so we stopped by at a supermarket to get some sunblock. Found a nice bookstore for Elyssa to enjoy some reading. (she was wearing her New Dress No 2. I just love all her new dresses!) 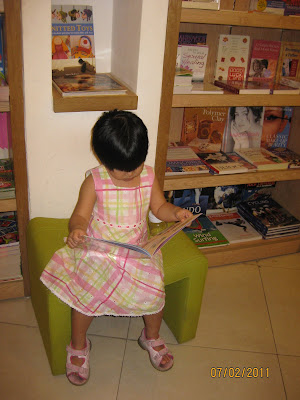 Less than 2 hours after our breakfast, we stopped to eat again! Finally spotted Pho 2000 which is supposed to be a chain comparable to Pho 24 (and where they proudly displayed that Bill Clinton ate there before). I wanted to try Pho 2000 to compare with Pho 24.

Comparison : Clearer soup base, bigger chunks of meat with softer "slurpable" noodles.
Verdict : Taste wise, Pho 2000 was better BUT I discovered I got really, really thirsty after that. Must be more MSG. So, Pho 24 is still the winner for me! 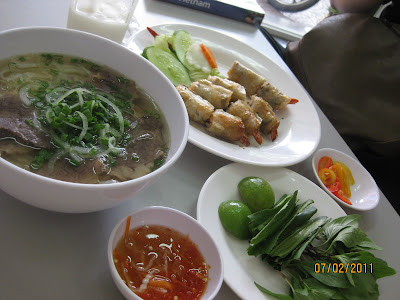 After our meal, we took a cab to Cholon, the Chinatown of HCM to visit a cluster of pagodas there. We were slightly disappointed that their "pagodas" were actually more like typical chinese temples!

Snapped some photos anyway, since we were already there. Elyssa hated it cos it was dark and smoky ;) 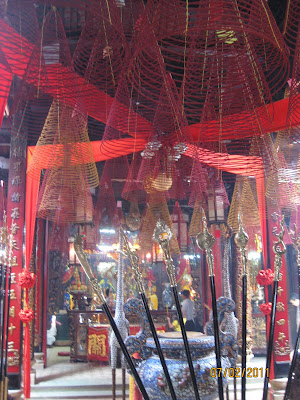 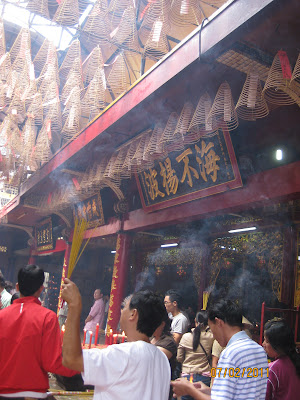 The last "pagoda" that we went to - Giac Lam Pagoda was more like a pagoda we expected. This was had a really huge compound with lots of statues, a tall stupa, a big prayer hall and chanting monks. 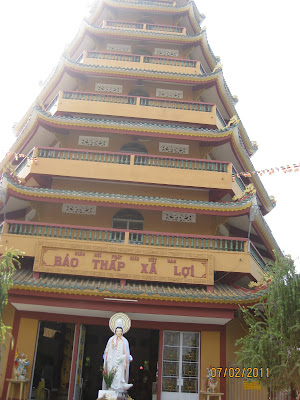 Before leaving Cholon, we had iced coffee at Trung Nguyen a popular local coffee chain. It was really nice and aromatic! Forgot to take photo though.

After taking a cab back to the city, we decided to have an early dinner (since we booked tickets to watch the Water Puppet show at 8pm) at Lemongrass. It was our second visit and again, the food was fabulous. 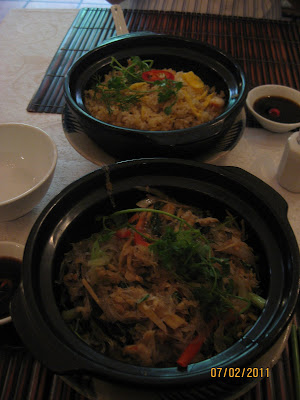 Spicy and sour Fish Soup
This was absolutely delicious! 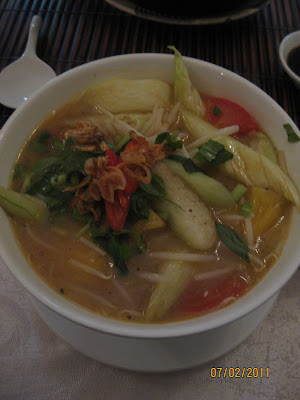 Cosy ambiance at Lemongrass
(our dinner bill was approx RM40 ) 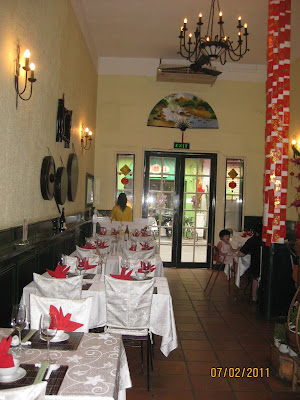 After our yummy dinner, we walked back to the hotel. Hubby went for a swim while Elyssa and I enjoyed snacks by the poolside. 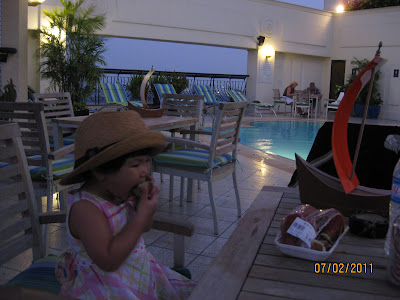 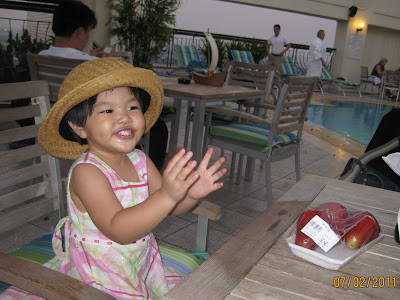 View of the Saigon river from the poolside 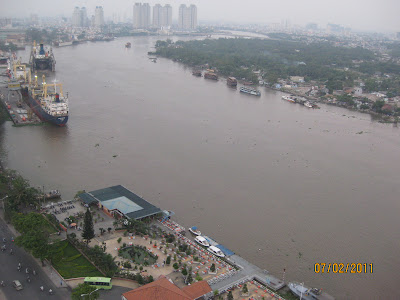 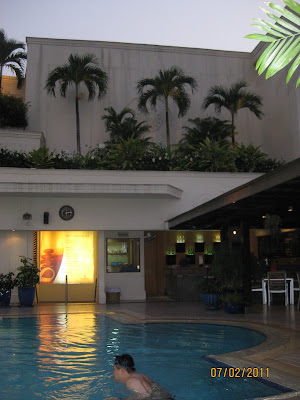 Looking down at the Saigon river 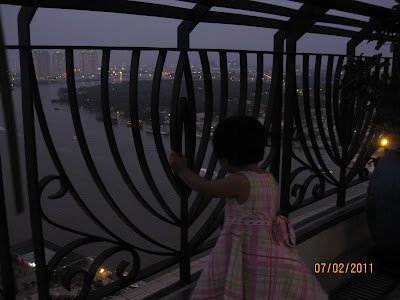 Around 7+pm, we went for the Water Puppet show. We booked the tickets from the hotel the night before which turned out to be a good idea cos we got really good seats on the 5th row of the hall. (too near the stage is no good either cos I think the people on the 1st row get a little wet)

The show itself was in Vietnamese though! Got a little boring in the middle but overall it was interesting and I still rate it as a "must-see" for first timers.

Photos from the Water Puppet show 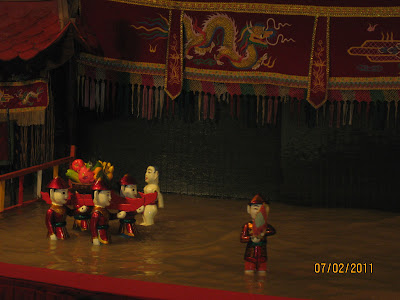 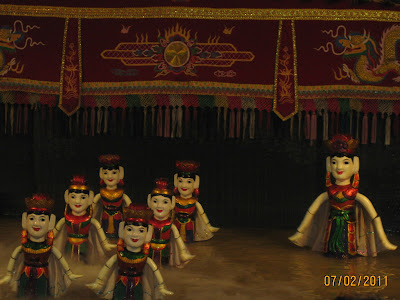 3 musicians on each side of the stage 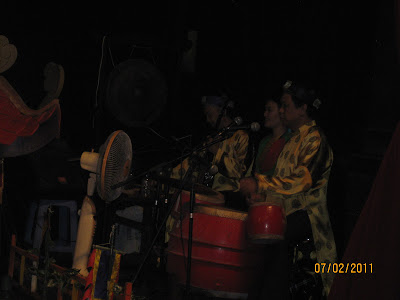 Just outside the hall 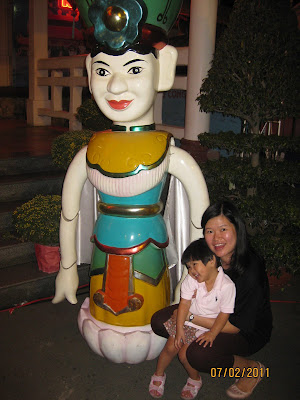 We finished off Day 3 with pizza, sandwich and milkshake at the comfortable Ciao Cafe - 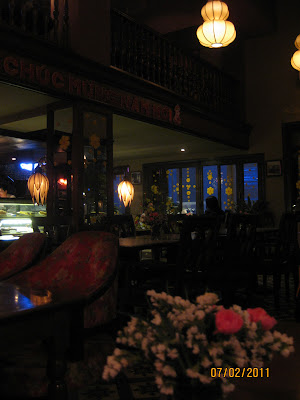 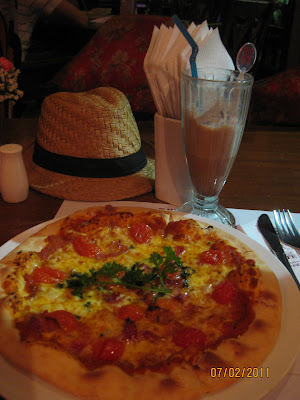 I've seen some packaging of pink guava juice where it shows a guava (jambu batu) but pink in colour, but then again I've not seen a real pink guava