Same morning routine for Day 4 - packed our lunch, had our breakfast and off we went!

First stop for the day was Millers Ice-Cream in Margaret River.  Again, just like Simmo's the previous day, it was a just a shop selling ice-cream. (we were kinda hoping for a behind-the-scenes how to make ice-cream kinda thing). Ah well, since we were there, decided to just eat 'em.


Elyssa posing at the ice-cream counter 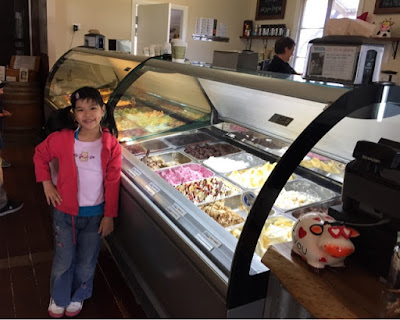 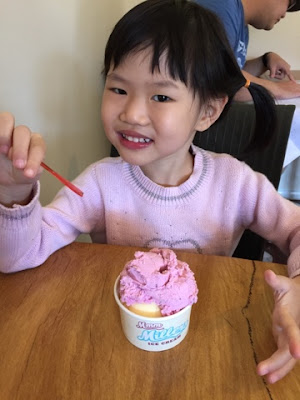 Some playground fun after ice-cream 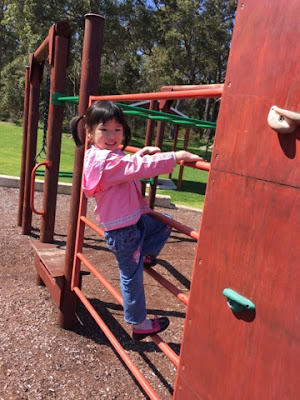 Hubby and his mum 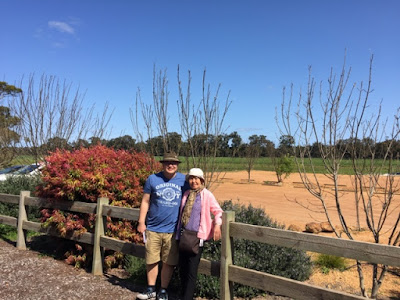 Next stop was The Berry Farm.  Hoping for a berry-picking adventure!
But uhmm.... wrong season so there wasn't a single berry in sight. Oops. 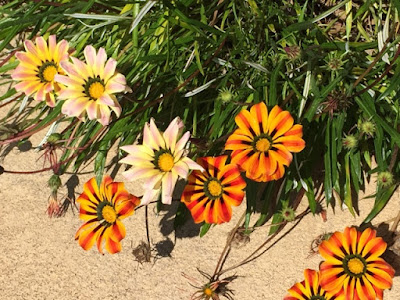 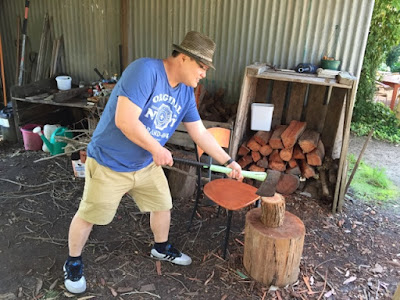 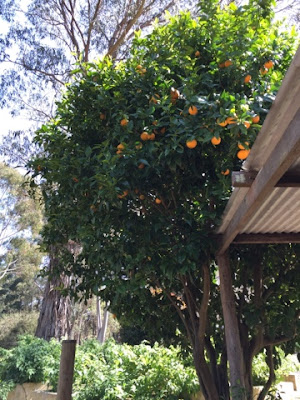 Next, we looked out for a Coffee place and then a Chocolate place which was on the map. Found them but nothing interesting so we just left. (the thing about free n easy, self-planned itinerary is we have hits and misses, so just got to take the misses in stride too)

Proceeded to the next attraction for the day : Amaze'n Margaret River Maze, which featured a 3 meter high Giant Hedge Maze. Paid for our tickets then had our packed lunch at the maze grounds. 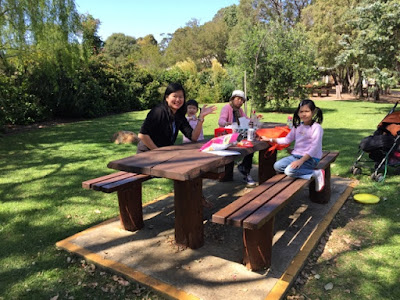 Auum! Elyssa chomping into her burger 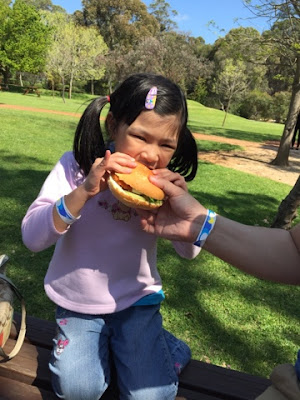 Erin found a little "stage" and started performing for us :-) 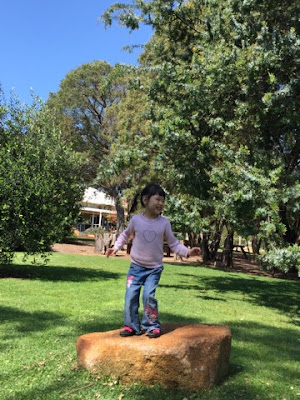 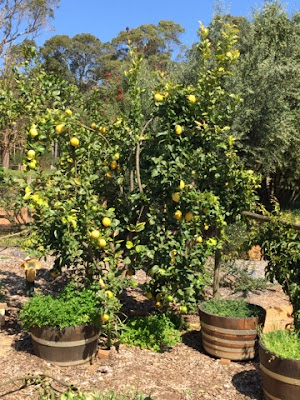 Start of our Maze Adventure
When we paid for the tickets, I asked the guy in-charge what happens if we can't find our way out?  He looked and me, smiled and replied " Oh, then that will be too bad".  Lol!!! 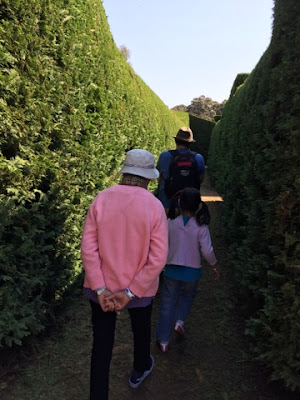 Aerial View of the Maze
(pic from their FB page)

Ooopss!!!  Laughing cos we kept going into deadends! 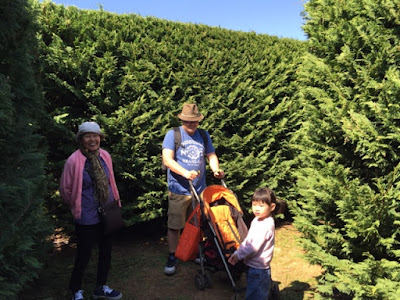 One of the deadends 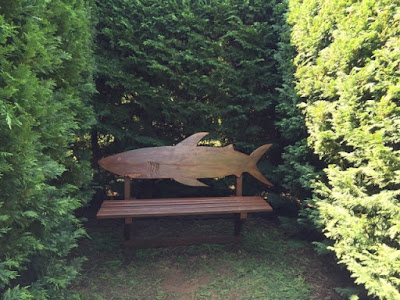 Finally we made it!!
I think we were inside for about an hour. 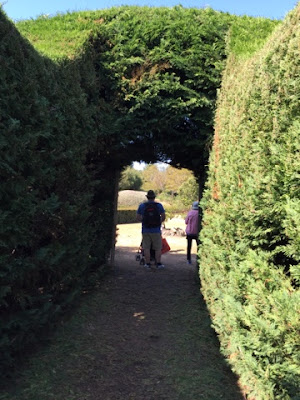 Playing with a huge chess set outside the maze 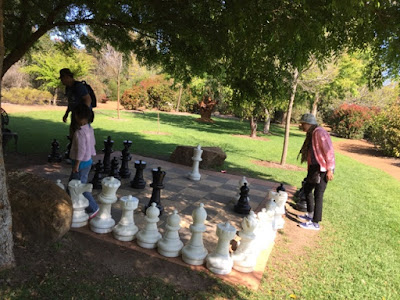 "Flat" maze for the kids to play 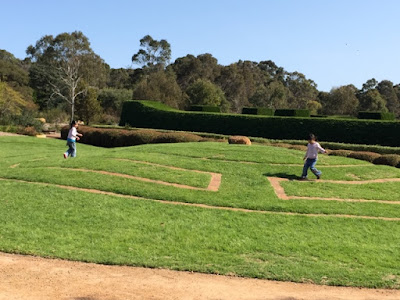 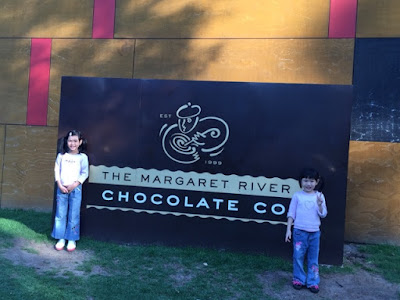 Hot Chocolates, Latte, Cakes (one more not in pic) and Brownie.  Burp! 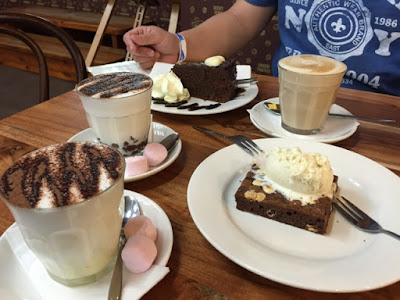 Went back to the apartment after that. For dinner, we baked some frozen pizzas in the oven. Quick and easy  :-)

After dinner, it was our rest and relax time. I continued with my crochet project, which I started at the end of Day 2. (I'm like an old lady who picks up the crochet needle when there's spare time. hehe)


Base of my bag 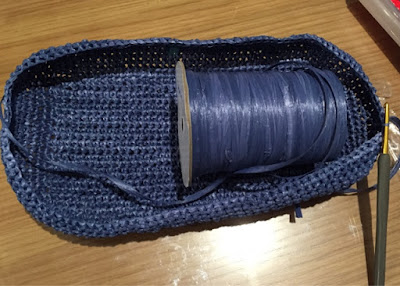 What a lovely holiday! I like to go into a huge green maze too!

That burger looks quite good actually. I imagined sandwiches when you say packed lunch.

I can't believe you brought your crochet along! Super old lady la! Hey, you didn't do a lot of eating outside? There're some really nice makan places in Perth.

Chi2 - got to mix a bit la, b4 the girls say sandwiches AGAIN? hehe

Irene - hahah..... really like old lady!!! We did take some meals outside but not in Perth. Actually, we just landed and departed at Perth city. The rest of the days were spent around Busselton/Margaret River area.