We booked our Perth holiday 4 months before actual departure. After many many "Are we going Australia yet???  Why so long??? Is it time yet??" questions from the girls (ok, mainly Erin since she doesn't quite get the concept of months yet) we were all super happy when it was really time for Day 1. Yippeee!

All excited at KLIA !
MIL joined us for this holiday too 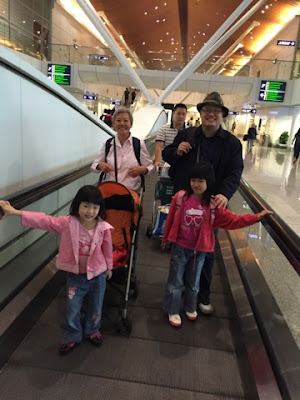 Departed on a hazy Friday
It was a really tiring week for me. I flew to Bangkok on a business trip early Mon morning and then flew back late Tues evening. Thankfully it was a public holiday on Weds. Then took an early morning flight on Thurs for my first interview session at 9am in Singapore. Did 4 rounds of interview + lunch session then took the 7pm flight home. Gosh, I felt so drained!
We booked the taxi for 5.30am on Friday. I wasn't fully done with my packing and had initially planned to finish packing on Thursday evening. But was so exhausted after reaching home that I decided to just go to sleep and set my alarm to go off at 4am.
So Friday morning was a blur of last minute packing and getting the girls ready! 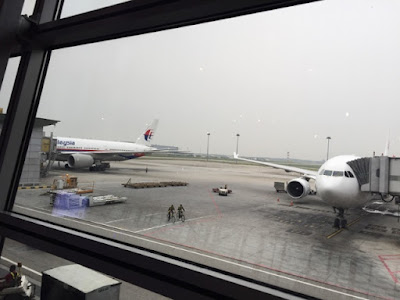 The flight itself was ok. Girls were happy they got to watch Hi-5. I was exhausted but just couldn't fall asleep.  Grr!  Just like our Adelaide trip, I reached Aussie in a zombified state. Sigh.

Got ourselves a SIM card at the Perth airport
Only AUD$ 2 a day for 500GB data and free local calls ! 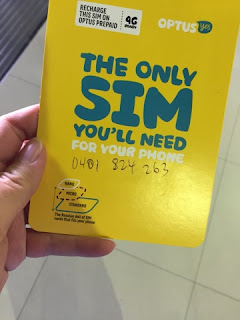 Traffic from Perth airport to Mandurah was unexpectedly bad.  Stuck in traffic + whiney (tired girls) + exhausted mummy = not a good combination at all  :-( 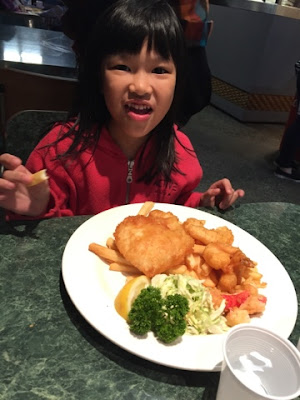 After dinner, we headed straight to Busselton. We booked 7 nights at The Sebel Busselton, under our Marriott Vacation Club program.

We had a mini drama before we reached our apartment.  At 7.50pm, I made a call to the apartment receptionist, to just tell them that we were on our way. The guy calmly told us to retrieve our keys at the postbox just next to the apartment gates and gave us the combination password to the postbox. Just before ending the call, I asked what time do they normally close and he said 8pm.  OMG!  OMG!  If I had called just 15 minutes later, we would have been locked out!!!!! (we later discovered they already emailed the "pls call in advance if arrive after 8pm"  info to hubs but he missed the email).

An exhausted me + no place to stay that night ; now, that would have been an awful, awful combination!  OMG!

We did get a little lost finding the apartment. When we finally it and saw the postbox next to the gates, my heart was thumping when hubby tried the combination password. When it opened, we were both jumping up and down, grinning like little monkeys. Hehehe!

True to Marriott style (or in this case Accor apartments since we did a point swap), the apartment didn't disappoint us. 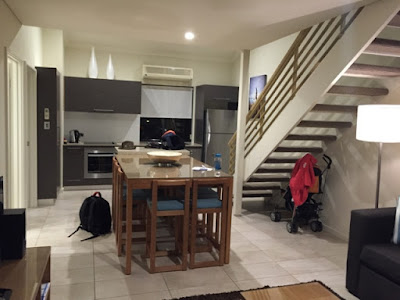 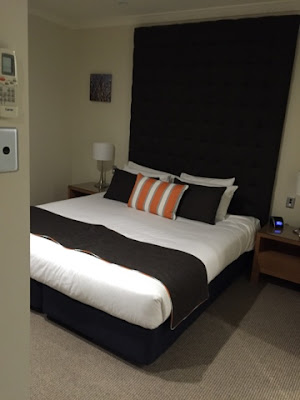 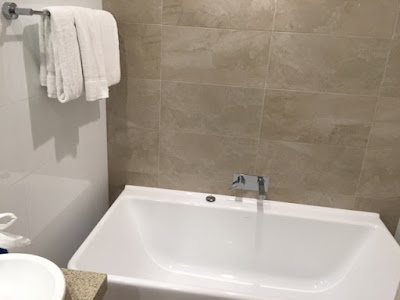 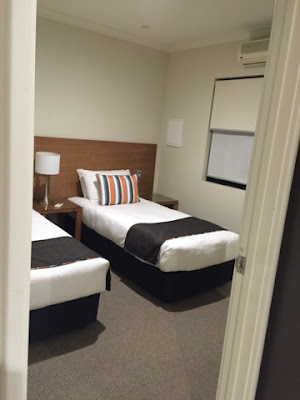 Washing Machine and Dryer in the 2nd Bathroom 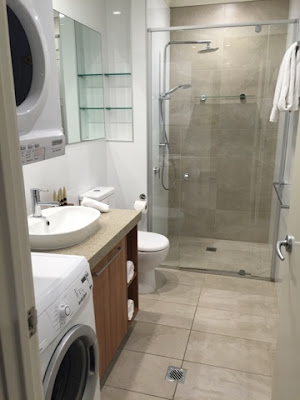 3rd Bedroom up in the loft 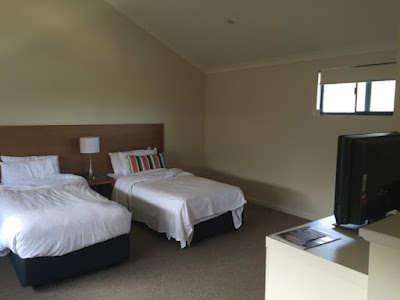 Yipppee!  Loved the apartment.  Definitely would have been too expensive to stay without our points.

We quickly unloaded the car, settled down the girls and then ZZZZZZZzzzzzzzzzz..........

It's hard to have any complaints about this place. It's easy to get a drink since they actually keep enough bartenders working at once, and you'll almost always find a place to sit. I love the vibe at Boston venues, the area, the people and the food at this place.

Awesome blog, thanks for sharing. While there are many holiday apartments available in and around Australia's coastal regions, they are not strictly limited to the suburbs. In fact Australia offers a large variety of holiday rental apartments to suit holidaymakers from all walks of life. Holiday Apartments Townsville

Wow mind blowing post, thanks for sharing. The atmosphere of Australia is fine. In this way, you can design your visit to this place whenever of the world. Be that as it may, in the event that you need to get the most extreme yield from your excursion to Australia, it is fundamental for you to take the assistance of any bundled visit organization as these will give you the lucrative offers to investigate this excellent landmass.Townsville Accommodation Service

Hello Your vacation in Westren is very interesting and very fun. Thank you for sharing your vacation experiences and knowledge here. en.balijetaime.com