We're back from Paris!
An amazing 7 nights in Paris. When I told my friends that we were going to spend a week in Paris, the standard responses were : " What, just Paris?" , "but Paris is not such a nice city" . "Pickpocket alert!", "Not taking train to London or other places since you're already there?"

But yup, we were going to do 8 days, 7 nights JUST in Paris. Ok, main reason was we were using our Marriott Vacation Club Points so we get 7 nights accommodation at the fab Marriott's Village d'Ile-de-France. But also, we like to take things easy.  Girls (and hubby's!) first trip to Europe and we didn't want to rush through it. Did our initial research and found plenty of things to do for a week. Toyed with the idea of extending to 1.5 weeks but then decided to just keep things simple. So a week in Paris it was!  Booked our flight tickets and got suuuuuuper excited!

About 2 months after booking, the BIG day finally arrived.  Yay !!!


@ KLIA to catch the flight! We were happily counting down to this day. 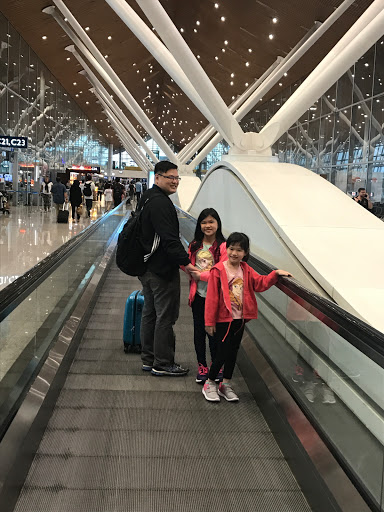 All smiles!  We took Emirates - can't complain at all. Good selection of movies to keep them entertained. 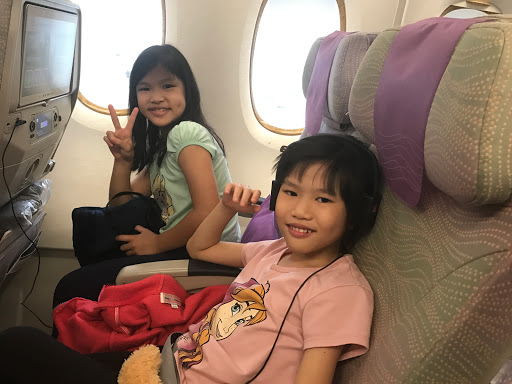 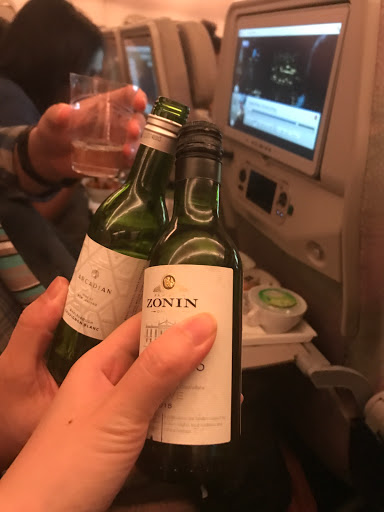 4 hour transit at Dubai.  Tried to get some sleep but couldn't. Gave up trying to sleep. Took them to a playground instead 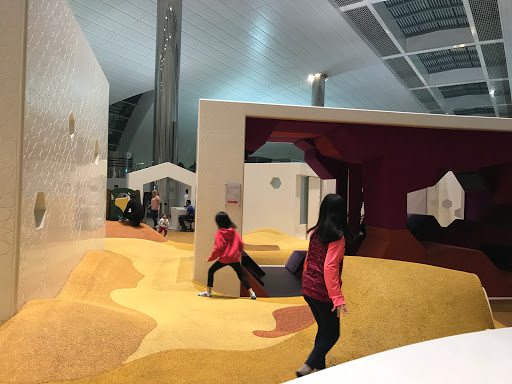 It was a pretty long journey :-(   7 hours 20 mins from KL to Dubai. Transit time of 4 hours 50 mins in Dubai.  And then another 7 hours 40 mins from Dubai to Paris. Only Erin managed to get some decent sleep during the flights.

So relieved when we finally arrived in Paris around 8 in the morning.  Got on our pre-arranged shuttle and headed straight to the hotel.

As usual, we were not disappointed with Marriott accommodation! 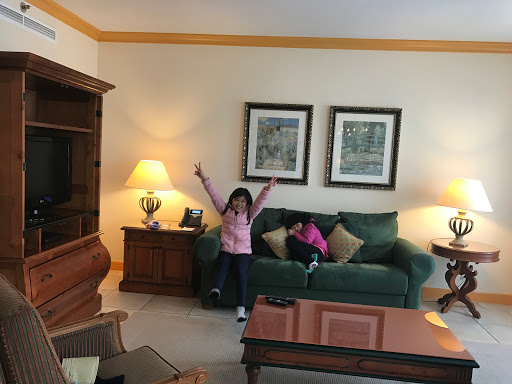 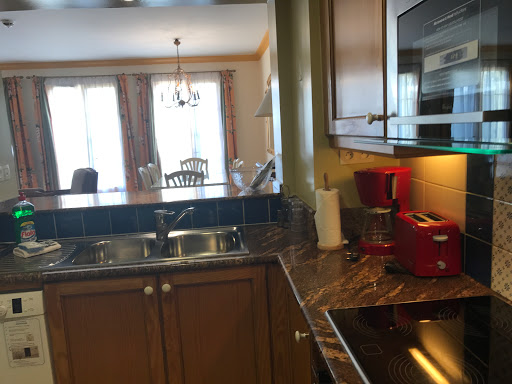 He he.... this lil customer like ordering stuff from the bar counter! 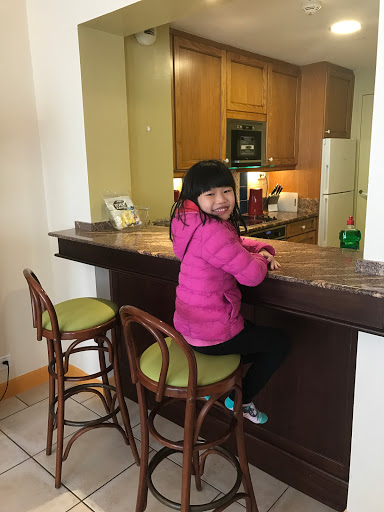 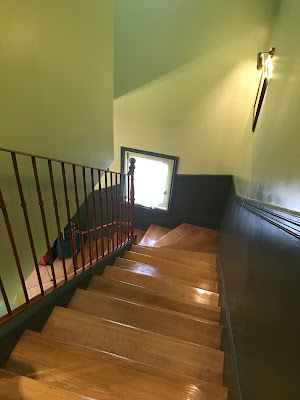 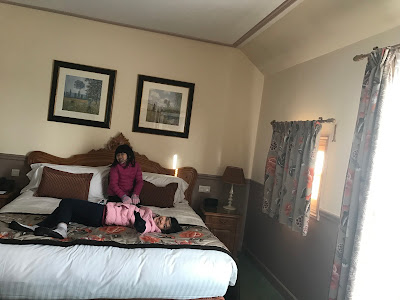 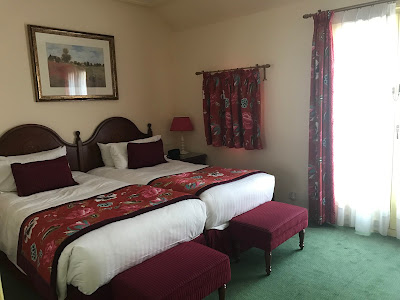 Ok, enough of photo taking! Hungry and tired so decided to have a quick meal. 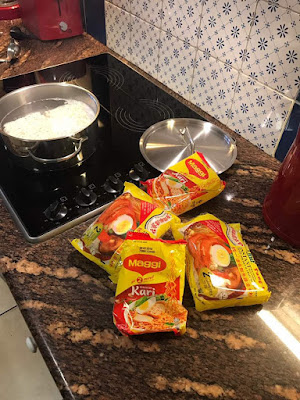 We all took a nap after our early lunch. Nice to finally get some decent sleep! I think we knocked out easily 2-3 hours.


Walked over to Carrefour to get some groceries.  It was C-O-L-D.
But a nice walk nevertheless. 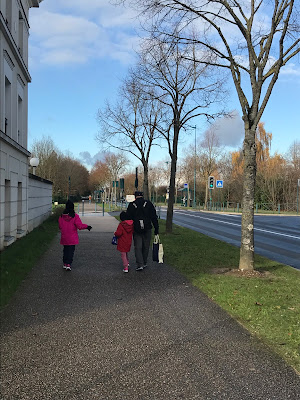 Quick photo at entrance.  Complete with eggs and bread. Hehe. 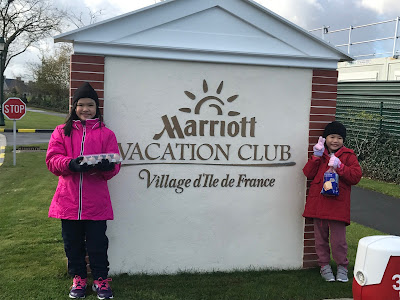 Original plan was Disneyland but we didn't quite feel up to it.  Took a bus (2 Euro each) to Val d Europe shopping center instead.

McD for Dinner.  We were all pretty tired.
See la.. Elyssa can hardly open her eyes! 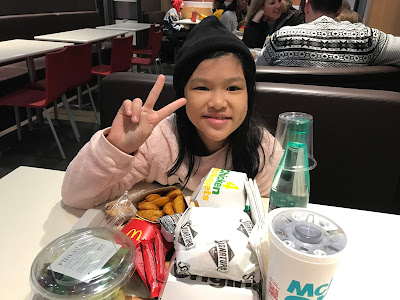 Shopped around a bit.  Discovered really nice and cheap winter stuff at Primark! Got a nice jacket for Erin. Wanted to shop more but both girls said cannot walk anymore.....

Ok loh.  Took the bus back and called it an early night. Slow Day 1 since we were sleep deprived and still adjusting to the time zone & cold weather.

Middle eastern airlines are good. Newer aircrafts too. In U.K. Primark is really cheap. A top can cost like £3. A dress like £5

I miss shopping at Primark!

KY & Ai - haha yes, we went to Primark 3 times!!! Wanted to buy more stuff but strangely Elyssa is at the "no, I don't need this and that" phase. There was a lovely furry winter coat at Euro 35 but she said she doesn't need another one. aiyo.