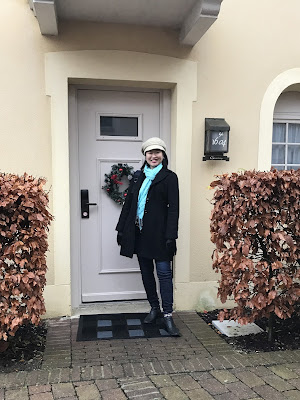 Another photo of the girls while waiting for bus #34
Love this morning scene! 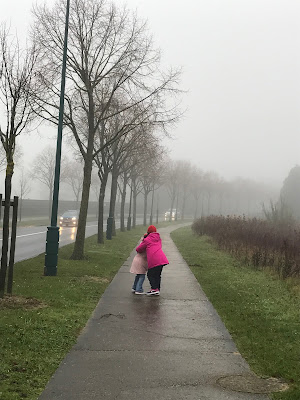 Playing in the bus 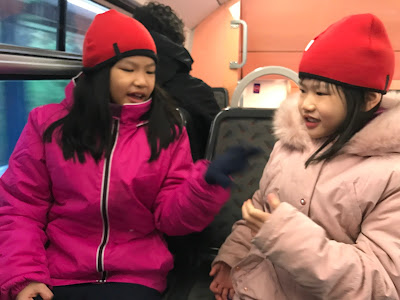 Walking up steps to Sacré-Cœur Basilica
There was a funicular train (included in our travel pass) but the queue was pretty long so we just walked up.  Much to Elyssa's dismay! 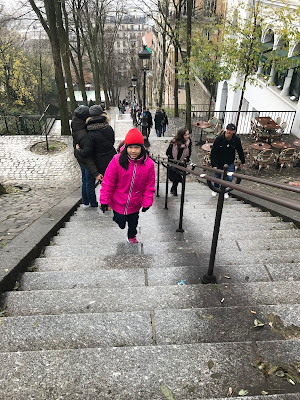 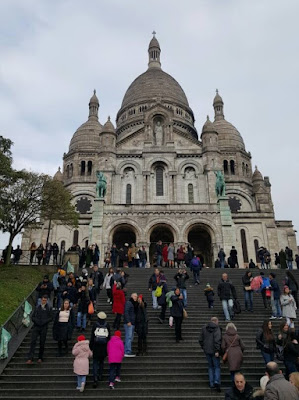 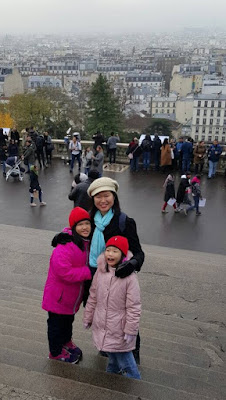 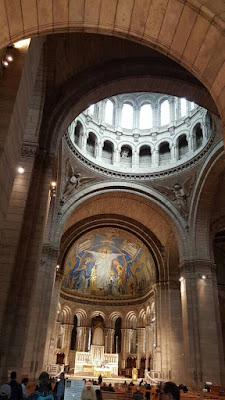 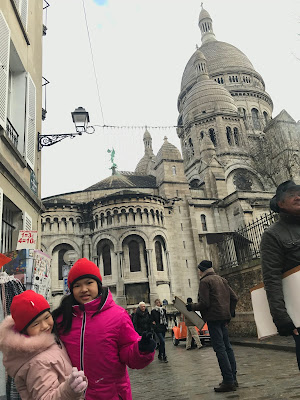 Nice to just walk around 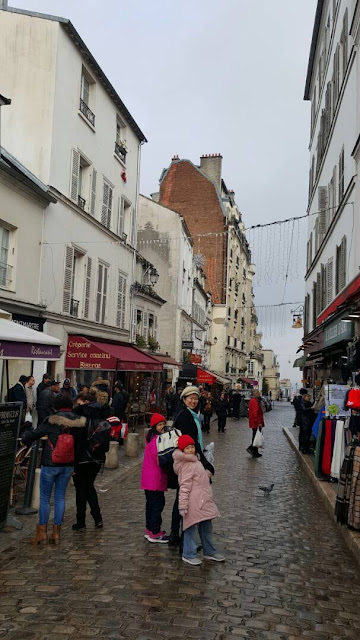 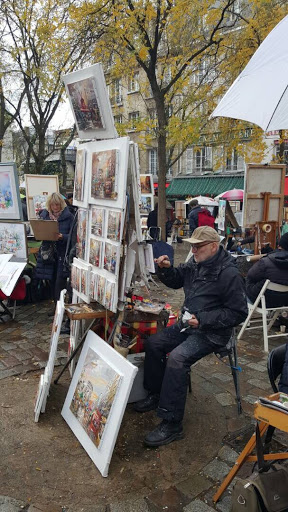 Us at the Artist Square 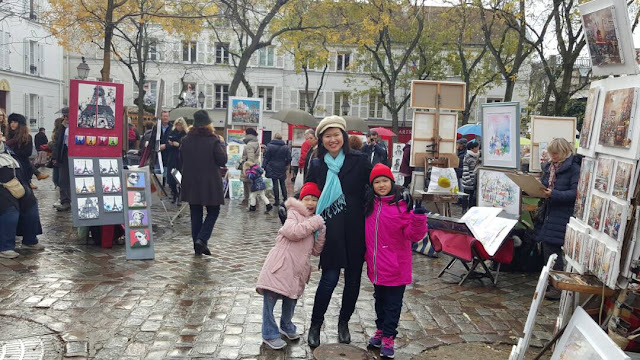 Roadside Peddler
This picture looks like its taken from a postcard! 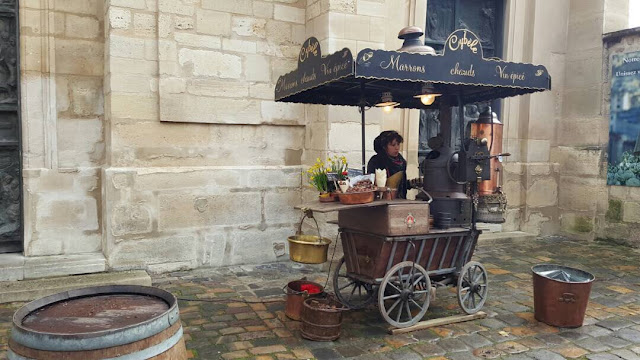 Stopped by for lunch
16 Euros for fixed price lunch of appetizer, main and dessert.
On Erin's right is a bottle of Evian water we accidentally ordered.  8 Euros!!!!!  Aaaaarghhhh! 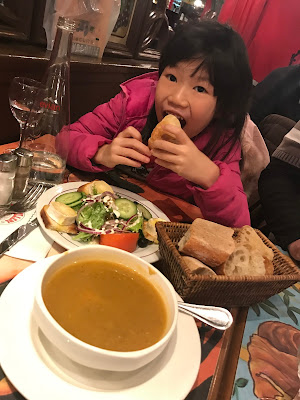 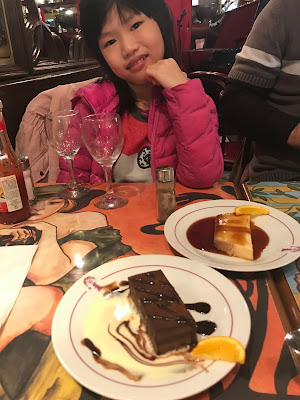 Walked around after lunch- 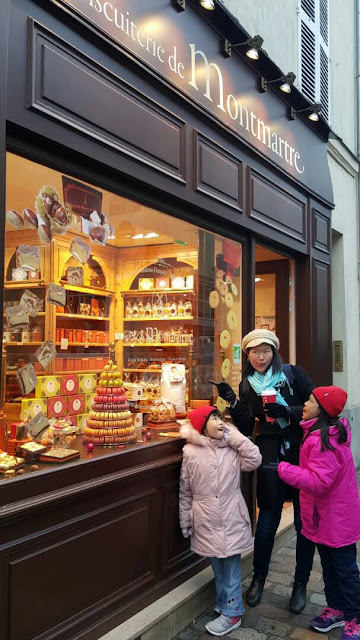 Had my hot Starbucks latte
So American, but what the heck ;-) 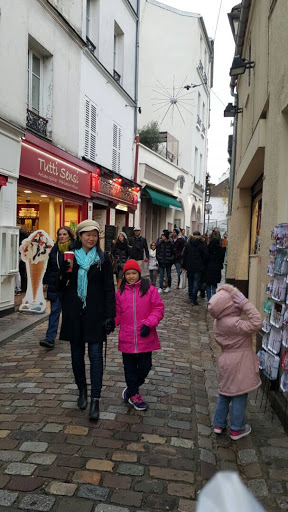 Hubby with the small princess 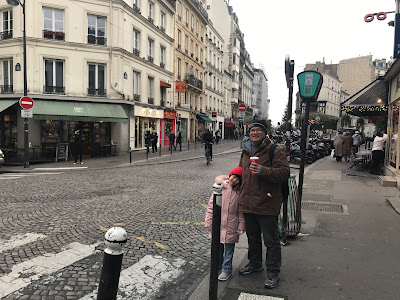 Seafood Stall
The lady was cutting up a huge salmon 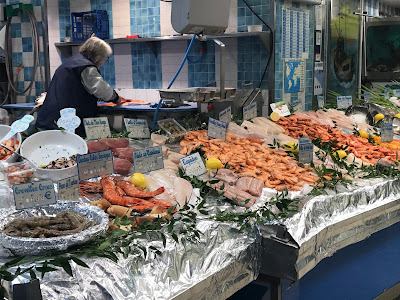 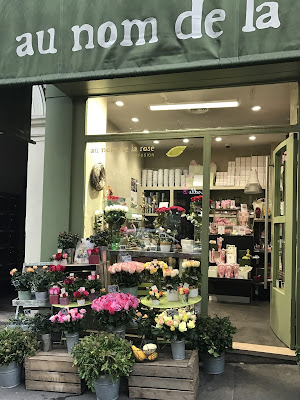 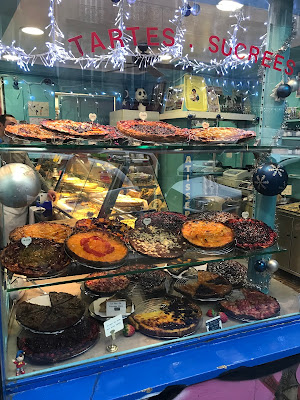 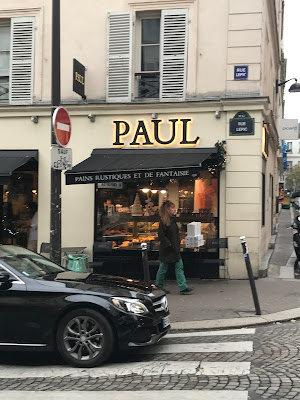 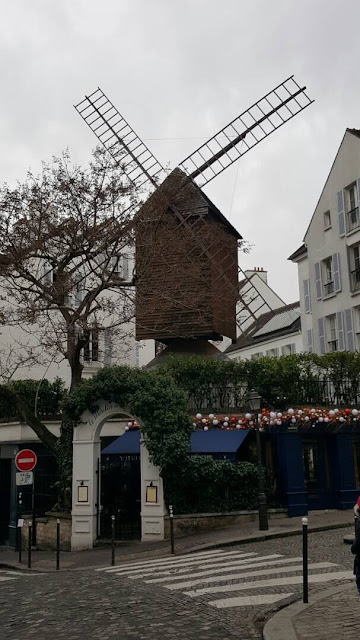 Another shot with the old moulin 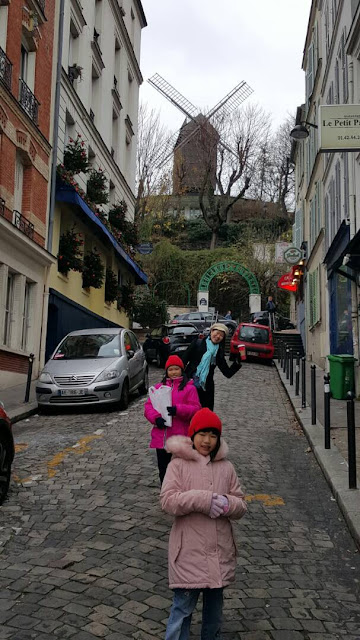 And this is the new moulin!
Can't help thinking of Nicole Kidman swinging at the top of the windmill 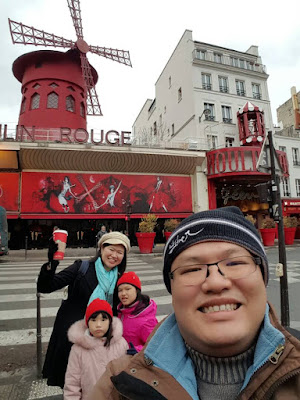 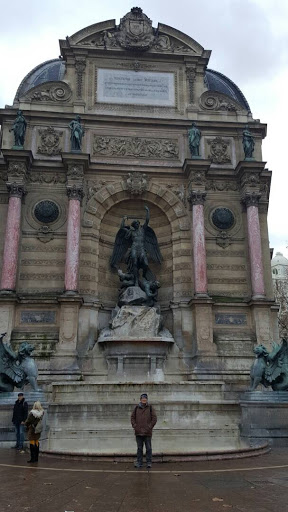 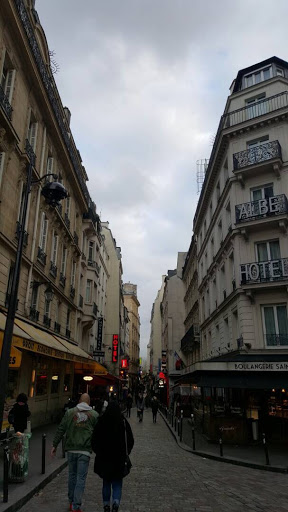 Next stop was meant to be Luxembourg Gardens


Entrance of Luxembourg Gardens
We were 5 minutes too late! Park closed at 4.30 but we arrived at 4.35pm.  Sigh. 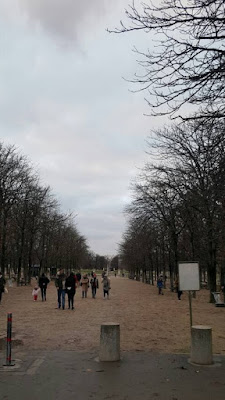 So walked over to Panthéon instead 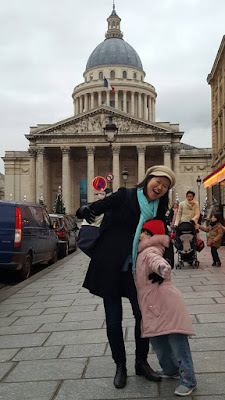 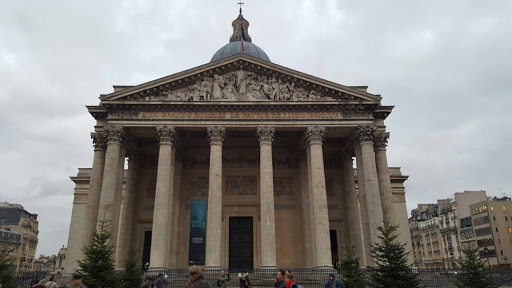 Waiting for train back to Marnee La Vallee Chessy 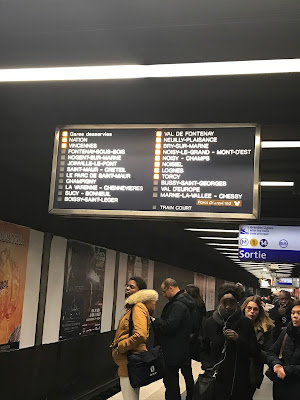 So lovely to walk around and see the sights, relax, eat all the delicious food etc. :)

It was awesome! missing the holiday so much.