Day 5 wasn't a holiday but a full working day for me. *sobs*
Not unplanned though.  My original intention was to go for a short family holiday during the school holidays since we already went to Australia in Sept. But hubby suggested to use our Marriott vacation club points for a week long holiday in Bangkok. Its a 7 night block, so will cost us the same whether its 4 nights or 7 nights.

So I booked my annual leave for a full week. But closer to the holiday, I realised there will just be too much work piling up for an upcoming deadline. So instead of having to work throughout my holiday anyway, decided to just cancel 2 days leave to work 2 full days from our Bangkok office.


Took BTS to the office that day
Just look at the traffic! 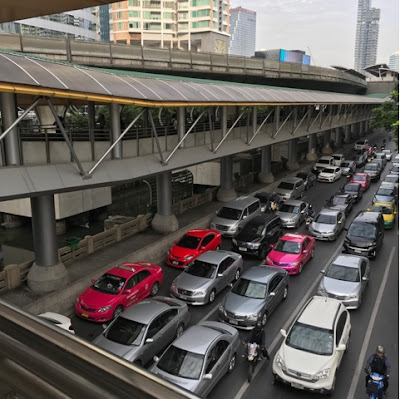 With my Thai counterpart
I was actually quite tired that day. Elyssa vomited 7 times the night before. The empty-out-entire-stomach-content type of vomit. Sigh. 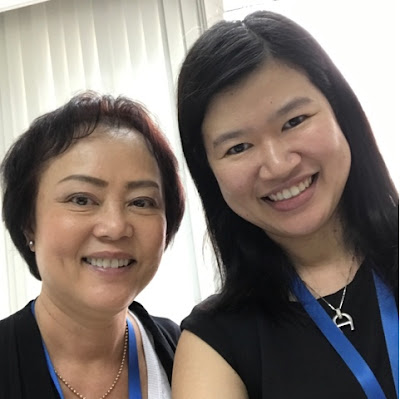 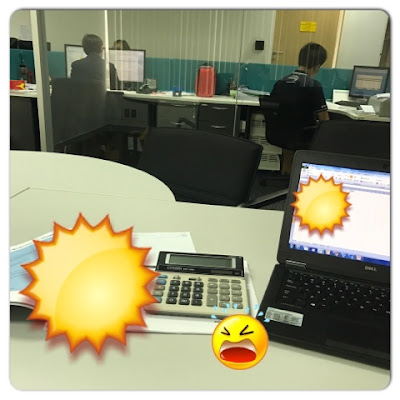 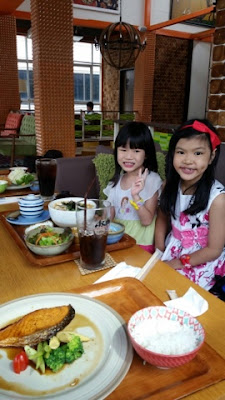 Afternoon break
Darn it! I soooo wanna be with them! 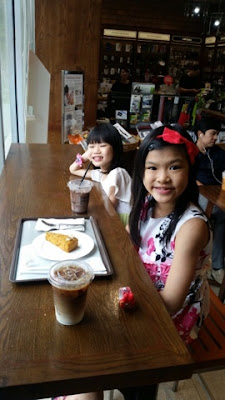 Finished work around 6.30pm. Looked out the window and was surprised it was almost pitch dark! Forgot about the time difference. Quickly dashed back.


Reached apartment and found this waiting for me
Wah.... if only it's like that everyday. Hehe 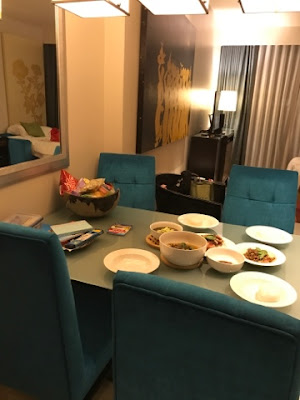 During dinner, I made the mistake of asking hubby one question - do you still wanna shop tonight?  He said YES immediately!  He suggested MBK to get his suit (uhmm.... but why so excited?) and to get his SPAWN toy. (aHAH that was it! He already bought one of the action figure the previous day but was eyeing a second one. Boys and their toys!).  So dumped all the dishes into the sink and headed out pronto. 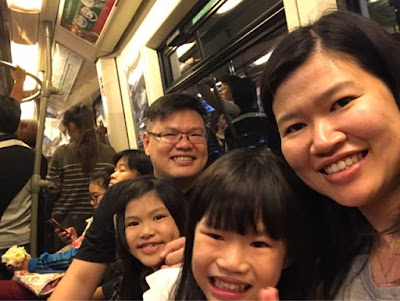 He reached the toy shop just as they were about to close! Someone was grinning from ear to ear. Haha.
Shopped till the mall closed but spotted some eating stalls near the train station.


Still so lively
Ended up eating supper before leaving 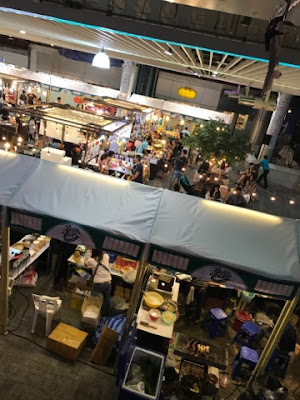 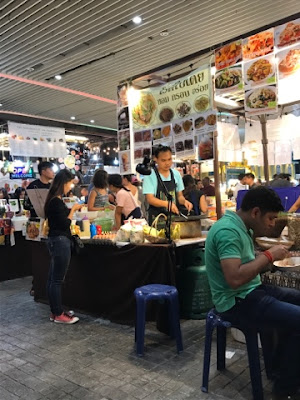 Back at the apartment, the girls did their drawing while we did the dishes and laundry. 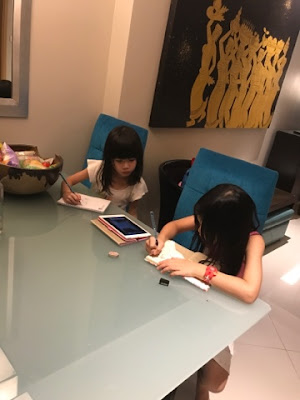 Then time to Zzzzz.