One of the advantages of not working is that I can now bring Elyssa for her Gymboree classes on weekdays. Recently, I have not been too pleased with weekend classes at the Tropicana outlet cos it's normally very crowded. I don't like it when there are too many kids cos classes feel more rushed, facilitators gets more stressed, less attention given to each kid, more distracted kids etc..

I guess that's the downside when a programme gets more popular. When I first signed Elyssa up, it was pretty quiet and I used to hope there were enough students for the class to start! (I had an experience where the class was cancelled cos there was just one other boy besides Elyssa).

Weekday classes are far more conducive and enjoyable. I managed to take some photos when I brought Elyssa for her 2 classes today (Music and Play) - 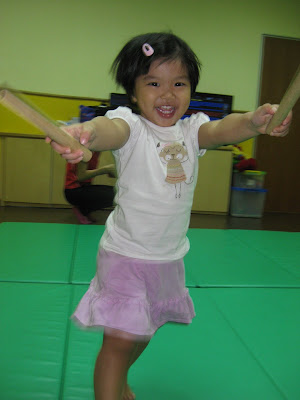 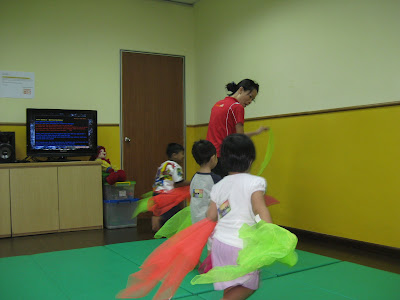 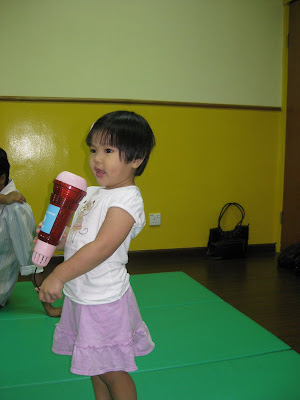 Dancing in a circle together with the teacher and her classmates 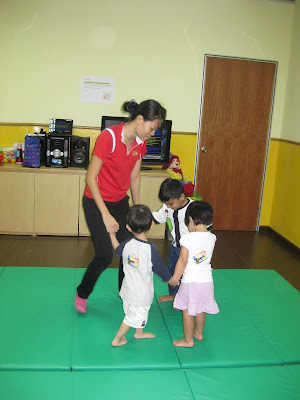 2) After the 45 minutes Music class, it was time for her Play n Learn class 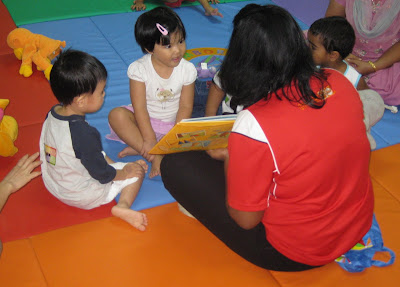 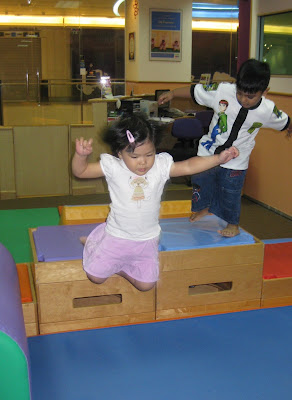 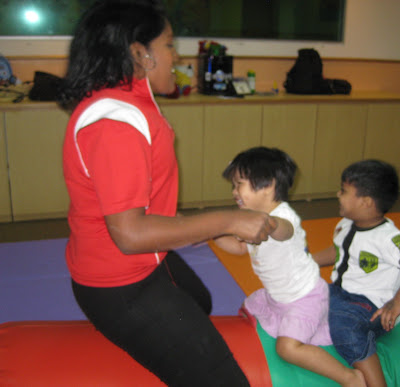 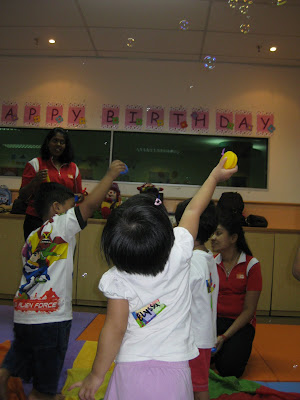 Tidying up after the "popcorn making" session 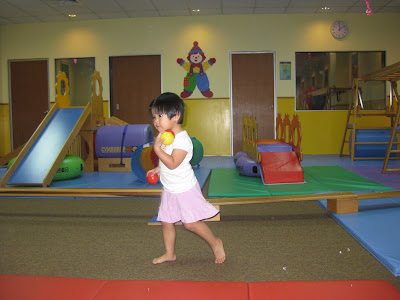 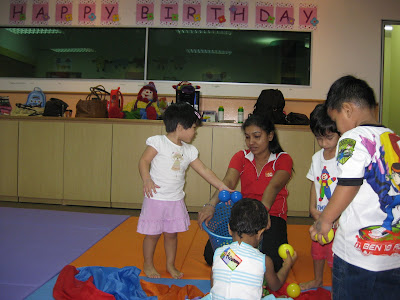 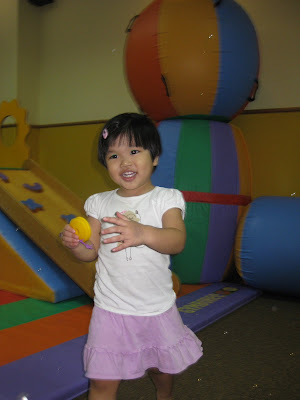 Overall, I am happy that she enjoys and participates well in her classes. But for every single class, she has some of her "I don't want" moments where she just refuses to follow instructions. Ah well..... I guess that's pretty normal for kids her age!
Posted by Adrine at 5:23 PM

Wah... the activities look sooo interesting, i think if i was there, i'd wanna join in too!!! : )

Elyssa looks like she is enjoying herself and very involved in all d activities.
She must be really exhausted after each class.

ahh..she looked so happy in the class. i like the photo of her singing with the huge mic :D

very true abt the weekend class !!!

she looks sooo happy and i wont' worry about about the 'i-dont-want' moments though..it goes to show that she has her mind of her own!!! :)

Ah a good place for this attention-seeker! She sure looks like she's enjoying herself. With this kind of fun at Gymboree and kindy, school seems such an anticlimax.

She is so enjoying!

Wow, such workout for Elyssa, awesome! yalor, mine too, at time can be really sporting and listen to instruction but another time she will grouchily said, " I don't want!" or "I can't"....

She looks like she's having so much fun!!!!!! Must had been pooped after that :)

She is enjoying all the activities now. Good girl.

Irene - Ya loh.... how come there were no classes like this when we were kids???

Leona - she enjoys her activities most of the time :)

Barbara - I love that photo too!

Luciana - feels so chaotic during weekends.

Chi2 - I think kindy will still be ok, but BIGGG change will be in Chinese Primary school. I shudder to think of that!

Angeline - she sure is!

Alice - I have to tell myself NOT to get irritated at the "I don't want" moments, since this is just a play school! But sometime really "geram"!!!

Paik Ling - you bet! she fell asleep in the car on the way home.

MummyGwen/ Prince and Princess Mum - I think she enjoys about 70-80%% of the class. The remaining time, she's in her own world :)