Day 3 was a Saturday so I chose to go for the city sights. Our first stop of the day was the National Palace Museum. We took the MRT to Shilin Station. Supposed to take a bus to the museum but we narrowly missed it so ended up taking a cab (RM13). In hindsight, should have just waited for the next bus.

From the Taiwan Tourism website: The National Palace Museum houses the world's largest collection of priceless Chinese art treasures, one which spans China's nearly 5,000-year history. Most of the museum's 620,000 art objects were part of the Chinese imperial collection, which began over 1,000 years ago in the early Song dynasty. 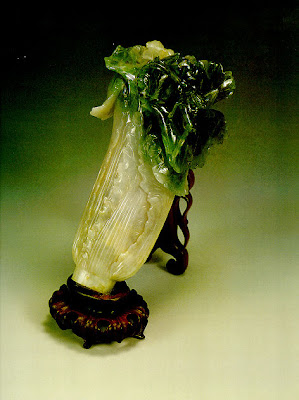 From breakfast time, I already told hubby that the Jadeite Cabbage was the item that I wanted to see most. So, his first comment when we reached the exhibit was "What..... so small one ah??" It was less than 20 cm high ;)
After a few hours at the museum we went to the Shilin station for lunch. Went to a small shop and ordered beef noodles, yam cake, fish ball soup and milk tea with custard (approx RM30). It was unexpectedly yummy!!!! Slurp!
Lunch - beef noodles 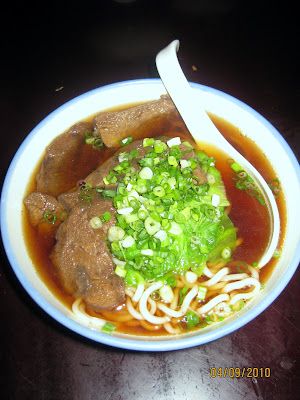 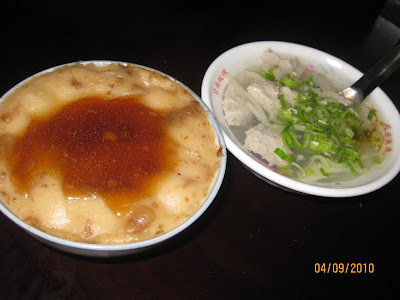 After lunch, we took the MRT to Ximending. Wow...... the Ximending Pedestrian Area was just huggggeeee!!! Very hip and happening place especially for the younger crowd. 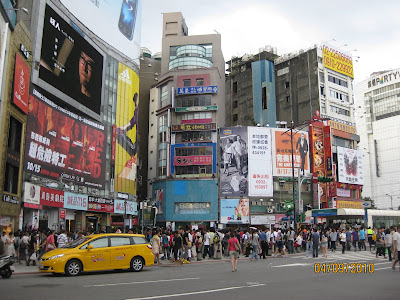 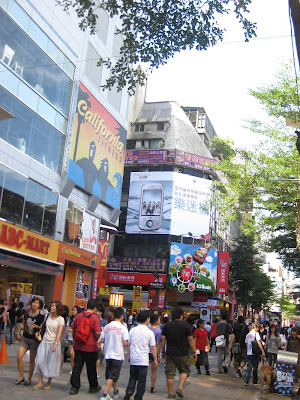 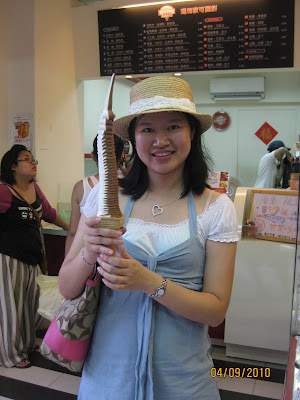 Happy Elyssa when she saw the ice-cream 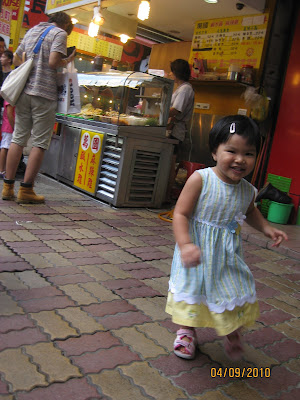 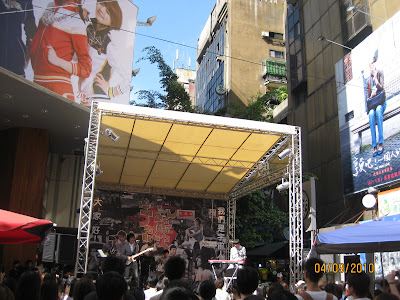 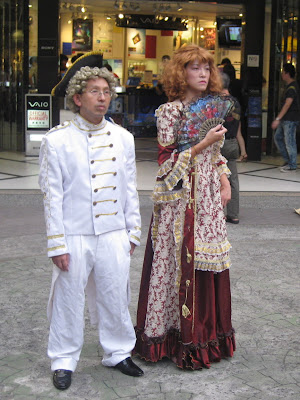 We tried this frog jelly drink 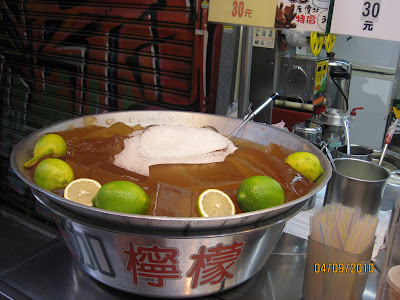 The famous Ay-Chung Taiwanese mee sua.
No tables and had to queue up but it was so yummy!!! Much better than the mee sua I had at Shilin Night Market. I regretted not ordering a second bowl. No photo of my mee sua cos I had to hold the spoon in one hand and the bowl in the other hand :) 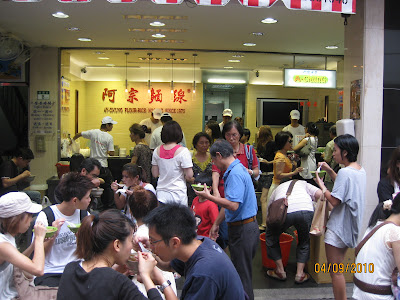 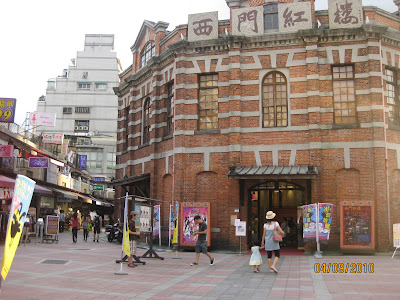 Our Pasta dinner with a view of the pedestrian street 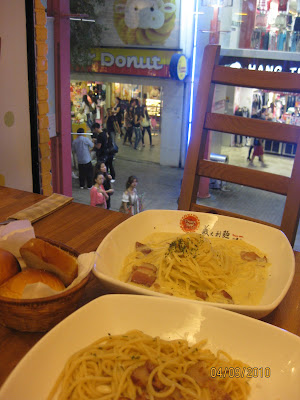 We left Ximending around 7pm then headed to Taipei 101. Was just thinking of seeing the tower but then last minute decided to go up to the observatory tower (RM40 each) since we were already there. 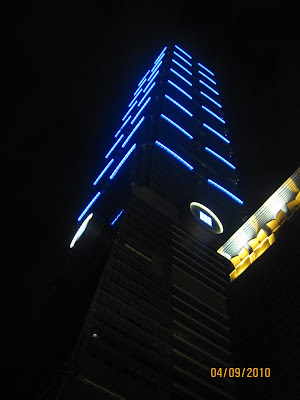 No charge for Elyssa as she was below the 115 mark 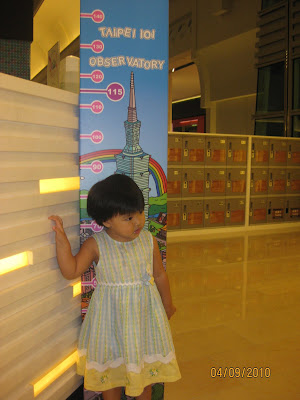 Elyssa and I with the Damper Baby 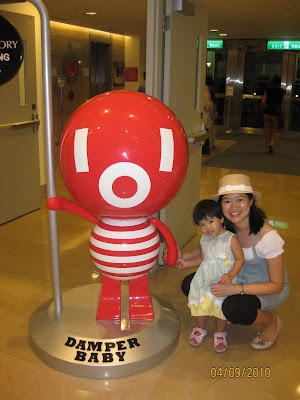 With the real damper (used to reduced mechanical vibrations) 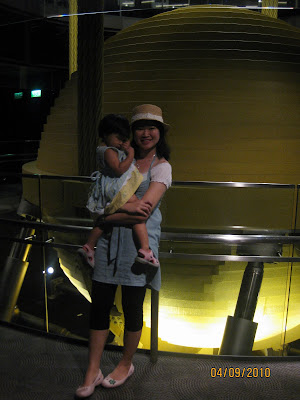 The view from the observatory deck was just breathtaking! My simple camera just couldn't capture the night shots properly but here's one anyway- 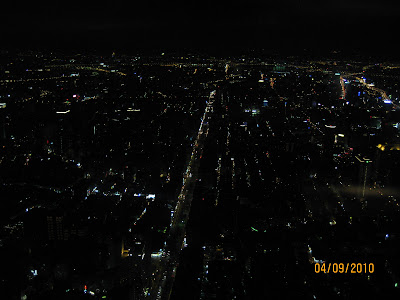 Headed back to the hotel after that as we had to pack our bags. Had to catch an early train the next morning for a 2D,1N trip to the Taroko National Park. When I did my planning, that was the main highlight of my Taiwan trip and it definitely lived up to my expectations!!

I think I did watch Tv programme about the Famous Meesuah shop...if I have chance to visit there...must try oh.

Taipei 101...is a must visit place...Elyssa must be very happy and enjoy the the trip very much! I guess more n more photos coming up rite!

hahahhaha...i can't help laughing at Elyssa's photo where she ran happily after seeing your ice-cream :)

err...the frog jelly is made from frog?

One person can finish that ice-cream can meh? Lil Miss greedy-pig sure approves of this purchase. :)