A few months ago, Elyssa went through a difficult behavioural phase - tantrums, angry face, shouting, fighting with others etc etc.  What I've learnt these past year is that Elyssa responds better to the soft approach. When scolded or smacked, she can respond rather aggressively.  My, my, the words she has spoken and the tone used have certainly shocked me before. (words like "I hate you", I don't want my sister", "I want you to go away" in a very, very angry tone).

I tried an experiment once - when she was very angry and agitated, I just hugged her close to me without saying anything. She struggled, screamed and tried to get away from me. After about five minutes of screaming and kicking, I felt her body relax. I calmly asked her whether she wanted to read a book. Surprisingly, she said yes and that was the end of that tantrum episode.

From that experiment, I learnt how to handle her DURING a tantrum session. But to PREVENT a tantrum, I had a lightbulb moment - sticker chart!

So, the deal was - 1 star sticker for each day that she's good. Once she gets 100 stars, she gets to choose her own gift (with mummy's consent).
She was super excited with her star chart!

Beginning was tough - in the first week, I think she got 3 stars only.  In the second week, I think it was about the same.   She tried really hard tho.  On the days she didn't get a star, she would whisper to me at night : "Mummy, is it ok if I try to get a star tomorrow?  I"ll try and try ok?"

And somehow, from the 3rd week or so onwards, it went smooth sailing.  I was so, so, so happy to get my little princess back (and not the little monster she turns into during tantrums)!.
She got a star practically every single day.  It became almost a nightly ritual to give her the star and for her to happily count them. 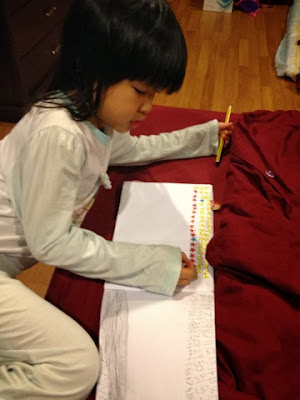 Getting more and more! 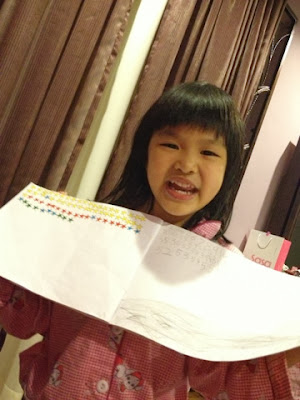 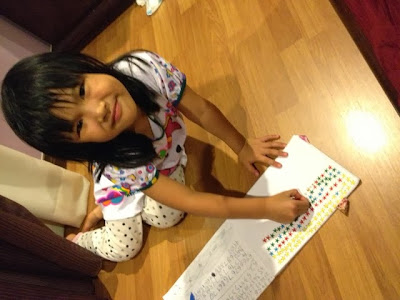 Even my mum was really surprised with the behaviour change. These days, almost daily when I pick the girls up, she will say "Elyssa is good today, She is good every day these days". (Elyssa LOVES to hear this!).  Yay!!

Last month, she managed to accumulate her 100 stars.  For her reward, she requested for fairy wings and a magic wand. (I was prepared to give her a much bigger gift, but she insisted on this)


So, so happy with her hard earned reward 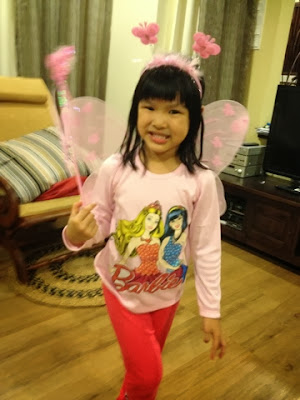 My 2 fairy princesses
I bought the pink/blue/yellow fairy wings for her first. Regretted it cos it was so big that it kept flopping down. I bought another set for Elyssa and she generously gave the earlier wings to Erin  :-)
These days, she gives me a lot of these "Awwwwww.....so sweet" moments! 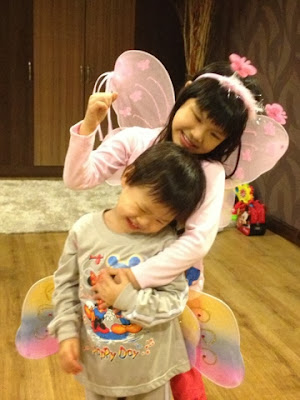 She is now on her second reward chart already. Same concept, but this time I told her she needs 101 stars. hehe.  She has about 20 stars now.
I never imagined such a simple reward chart can result in such a drastic behavioural change to Elyssa. She is such a lovely, lovely girl to handle these days. :-)    Ok, there's still the occasional drama but hey, she's only five.
Now, what I really need is another lightbulb moment for Erin. I am still at a loss how to handle that mini wildhorse!
Posted by Adrine at 3:38 PM