After their nature art activity, we went on a short drive to an organic farm. 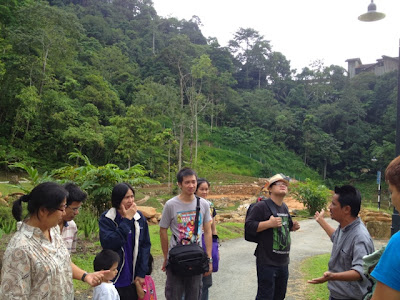 Some of the plants we saw - cabbage, asparagus, passion fruit and pumpkin 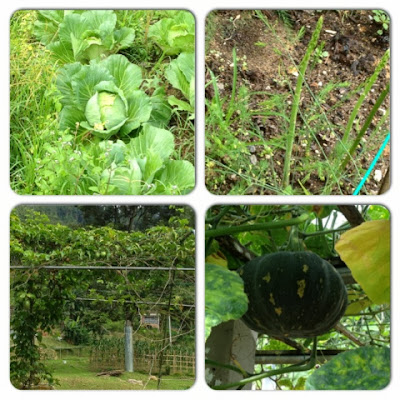 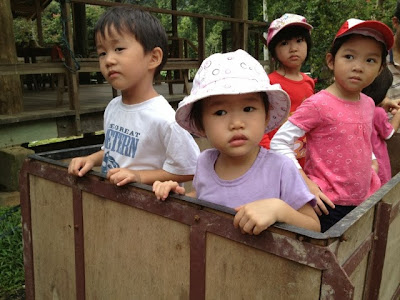 Erin "harassing" a poor dog. Kids followed the dog everywhere until the dog ran away :-) 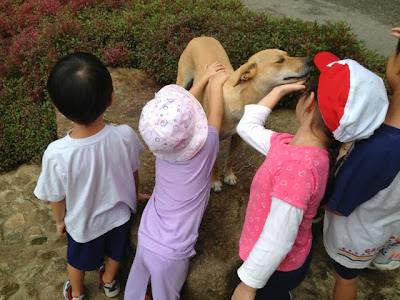 Hubby and I enjoyed the organic farm visit too!  Pretty educational.

After the farm visit, we had a short break and then it was time for the next activity - Outdoor Obstacle Course. Forgot to take photo of the whole obstacle course, but the highlight for Elyssa was the wall climbing.


Wall climbing
Elyssa was very scared initially, but still managed to climb all the way to the top to ring the bell!
She was super proud of her feat  :-) 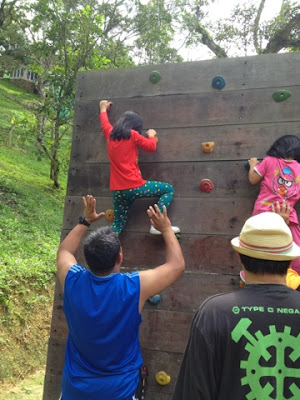 Ding! Reaching over to ring the bell
She climbed this wall twice 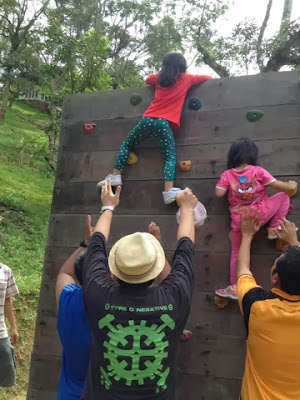 Feeling brave after the first wall, she eagerly climbed the next wall 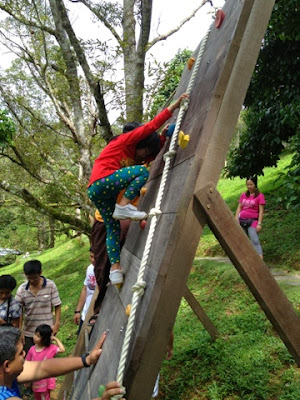 Ah well.....what to do. We went for lunch shortly after.

It started to rain a little during lunch.  But that didn't hamper the kids enthusiasm at all.


Happy to wear their raincoats for their fishing activity 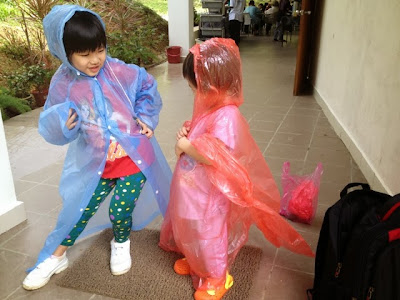 Elyssa and Erin fishing
Uhmm....actually, Elyssa was fishing.
Erin just took her fishing rod and stuck it in the water ;-) 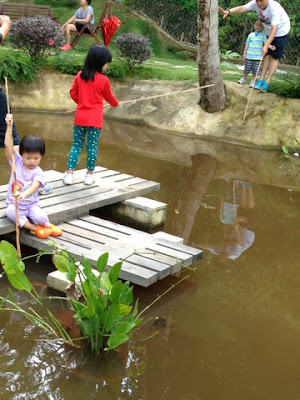 Hubby and I tried to catch a fish without any success. When Elyssa took the rod from us, she was THRILLED when she caught one!!


Elyssa with the fish she caught
Ok, it was a super small fish. But still better than mummy and daddy!
She caught 3 more after that. She shrieked in delight in time.  Priceless moments :-) 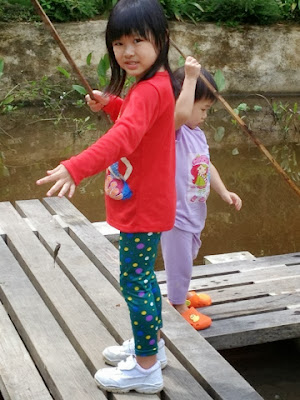 Next was a classroom activity about understanding plants -
With Teacher Kenny Then, a short session about Roselle Plants-


Explanation session about Roselle
Tastes like Ribena.
We took some seeds back and planted in our garden already. Hope they grow :-) 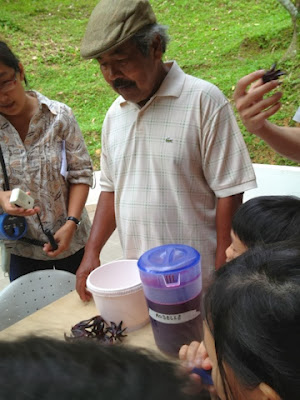 Next was a nature walk to identify plants/trees. Each kid was given 10 tags - durian tree, cempedak tree, banana tree, rambutan tree etc.  The facilitator explained major characteristics of each tree (Hey, I didn't know durian tree leaves are green on the upperside and golden on the underside!) 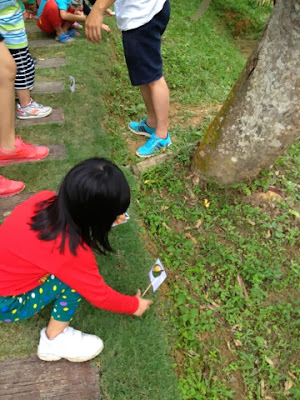 And sadly that was the last official activity of the camp.  How time flew by!
Elyssa requested to go and play in the tent one last time (Erin fell asleep during the nature walk)
Happy in the tent 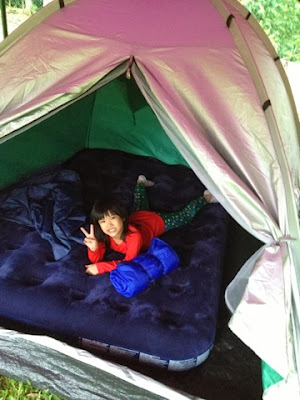 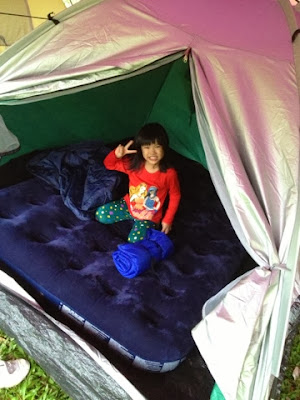 Since Erin was still sleeping, we stayed a little longer after the camp ended. No complaints from Elyssa!


Playing with other kids 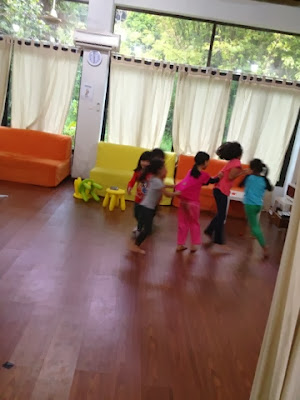 So, that concluded our very first camping experience!!  Both girls enjoyed it very much indeed. Back home, Elyssa couldn't wait to tell everyone about it.

My take on it?  The first day was ok, but I think it was the second day that really hit the "great" mark. It took a while for us to get used to the whole outdoor and camping thing (ok, the silly forgot-the-bag incident on the first day didn't help!).  I also heard other kids complaining about stuff like muddy shoes and heat at the beginning but they were ok by the second day.

Oh yeah, also on Day 1, hubby complained about paying (this camp is not cheap!) to "torture" overselves. But when we got home, he was happily whatsapping photos to his friends telling them to bring their kids next time.

This sure looks fun! So much to do in the nature. Were there a lot of mozzies? You & your girls slept overnight in the tent?

Very educational indeed! I also learned a thing or two from reading your posts :)

Pity the paintball activity got cancelled!

Hey, congratulations you guys survived! Elyssa did well too in the wall climbing and fishing... my Vic in her recent "climbing" episode in Melbourne screamed that she was going to die... totally drama!!

Rosselle on its own doesn't taste like Ribena I think, coz one is sourish and the latter is sweet. You'd have to add quite an amount of sugar to sweeten it, but it's great for many health benefits. Fingers cross yours will bear fruit in due time!

Any free vege from the organic farm? Hehehe..

Shireen - We armed ourselves with mozzie repellent and didn't get a single mozzie bite. And yes, all 4 of us slept in the tent that night.

that is a very good and healthy fun wor.

like what yur hub said, we are worry about paying to torture ourselves too. Hub is not a nature person, so we even stay away from beach and sun, hehe...

Such an interesting camp!~