I was initially thinking of skipping a post on CNY 2013 since I didn't take many photos. But finally decided to just post whatever I have  :)
Note to self  :   1) Take more photos next time   2) Take photos of Elyssa & Erin with their angpows or some other things that signify CNY.
So, a quick rundown of CNY 2013:
BBQ with my in-laws at our home the day before CNY eve
Yummy garlic prawns! 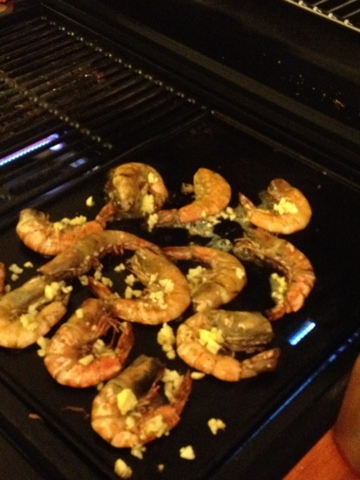 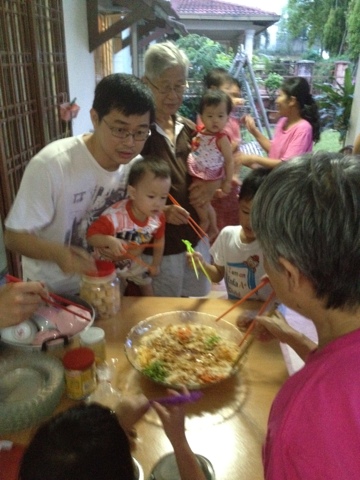 Kids enjoying my mum's homemade yee sang.(err... actually in Elyssa's case, she only liked the biscuits in the yee sang) 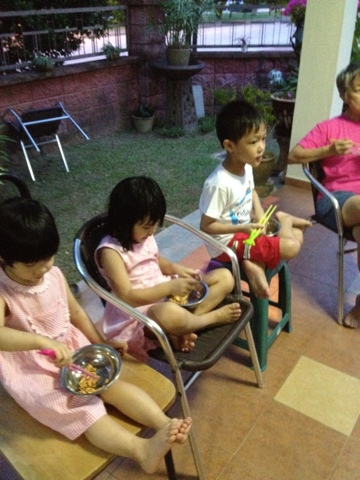 Went "kai-kai" in shopping mall a few times
I still get the warm fuzzy feeling when I see the girls walking hand-in-hand like that. 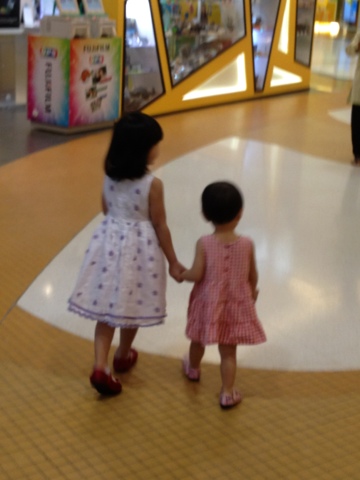 I cooked a meal for lunch with some friends
No big deal for some, but for me, it WAS!  First time I cooked a proper sit-down meal like that. Pretty happy and proud of myself. Haha. 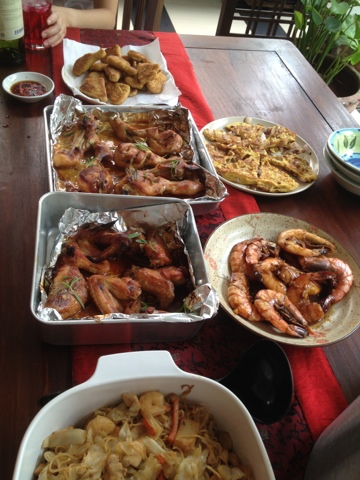 Brought both girls to the playground 2 days in a row 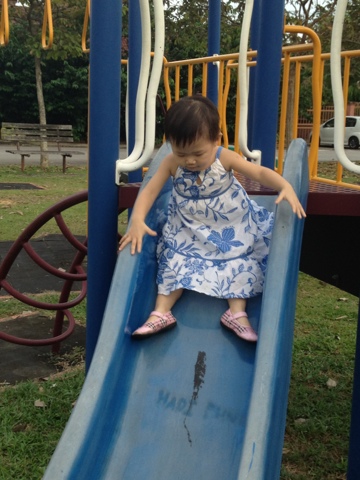 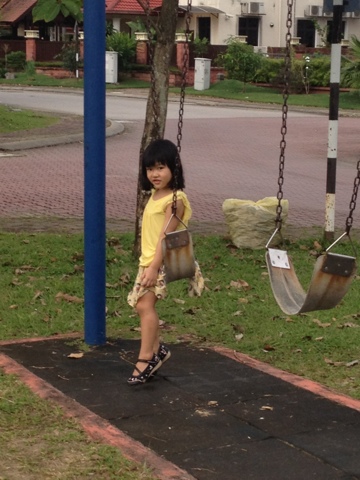 Made a few half-hearted attempts to take photos of 2 smiling girls
I gave up! Erin was trying to push jie jie away in the photo. 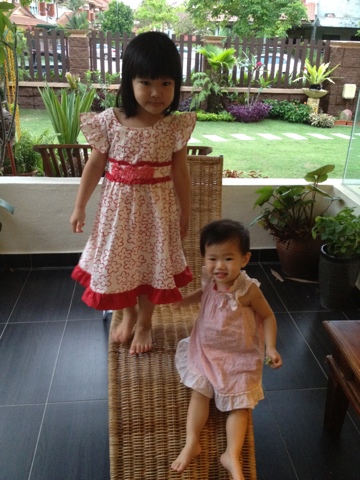 Went for neighbourhood CNY celebration
I knew they were going to distribute angpows but I expected RM2 in each. Was pleasantly surprised there was RM5 inside. Yay!! Our family unit pocketed 4 angpows - 2 each for the kids, 1 for me (for wearing red) and 1 for hubby (who blur-blur went to take although he didn't qualify for the categories announced for the leftover angpows - senior citizens, white hair and those wearing red). He he he..
So free food, free performance and RM20. Not bad! 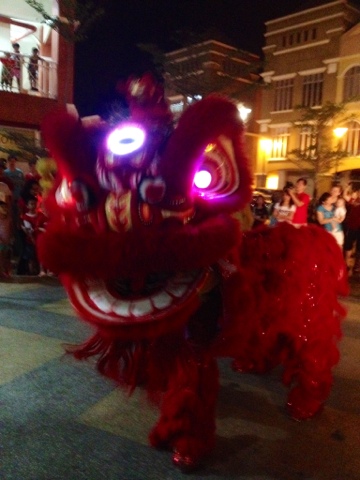 Your sit-down lunch looks good! A GREEN veg would be better for visual contrast though. :p

Aww nice pic of your girls hand-in-hand... now I'm looking forward to when mine can walk hand-in-hand too!

what a lovely cny celebration. you didn't balik kampung?