Elyssa was thrilled when I said we were going to make cupcakes yesterday  :)

Helping me pour milk into the mixer 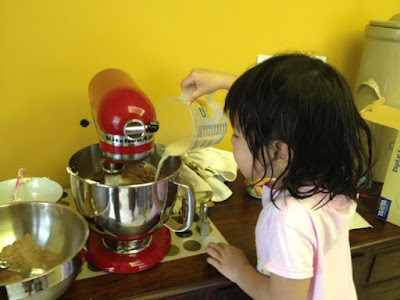 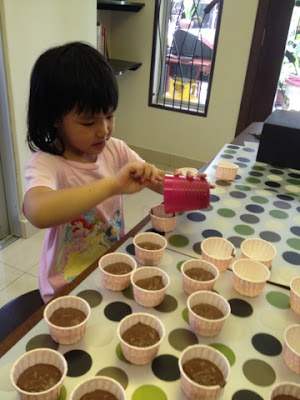 I doubled the cupcake recipe so I think I ended up with about 40 cupcakes. After the cupcakes cooled down, it was time for the fun part - frosting!  And what else but PINK frosting. Ha ha.

Elyssa's 2 cousins came just in time for the frosting session.

Busy at work
Elyssa caught in the act of licking the frosting  ;-)
I gave the girls some colourful sprinkles and mini smarties to work with. 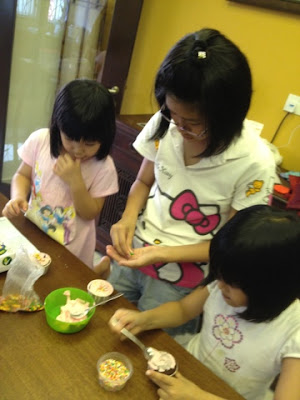 Girl concentrating hard on their cupcakes.... 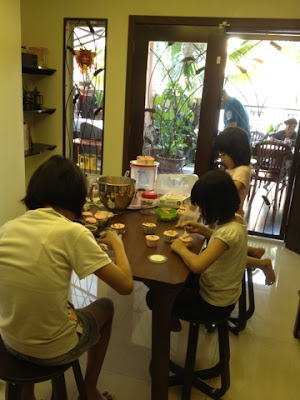 3 cupcakes from 3 girls for their darling Ku Jie
No prizes for guessing which one belongs to Elyssa ;-) 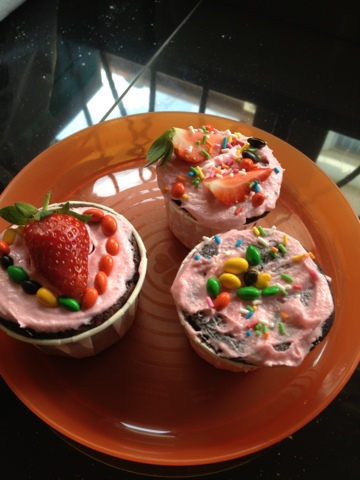 And these are mine!
Pretty? 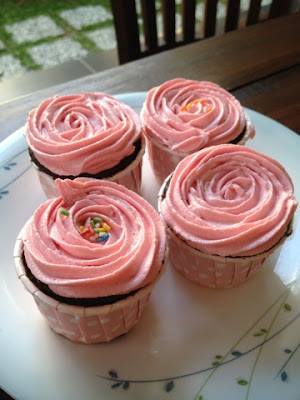 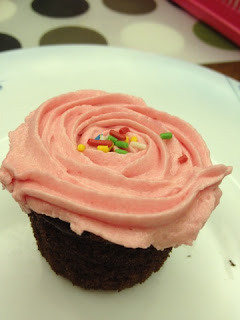 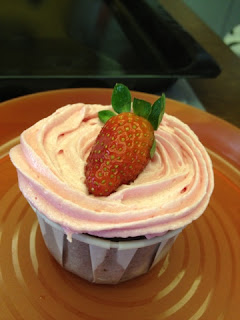 It was a good session indeed!
Posted by Adrine at 5:22 PM

So nice!! I want to make also! Frosting very sweet or not?

your frosting looks so pretty! like pink roses heh

what a fun baking session with the kids :-)

they look yummy and really nice! so fun when there is a baker at home huh?

WOW, very nice!! YOu are so talented -- can bake and sew! Love yr kitchen too.

Chi2 - go try, I think JE will enjoy decorating the cupcakes. The frosting wasn't too sweet.

What a weekend activity to do with the kids...decorating cupcakes. I really like your rose like decoration...simple but so demure.