I think about 70% of the ladies were dressed up in Nyonya kebayas. I wished I had time to shop for one too!

Even the food was different - I enjoyed the "kiam chye ark theng" (sour duck soup) more than the regular sharks fin soup :) We cleaned up every dish served! Usually, the second last dish in a chinese wedding dinner is the fried rice which is often untouched. This time, we had some fragrant "nasi ulam" (errr... or was it kerabu rice?) which we all finished. Yumz!

Some photos of the wedding:

@ the Pre-dinner Wine Reception by the sea 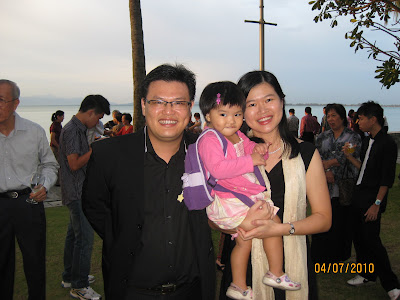 Parade of lovely ladies all dressed up in their Nyonya kebayas
Up on stage is hubby who was the MC for the night. (he heee..... Elyssa said "Daddy talk so much. Daddy "Zhi Zhar Poh") 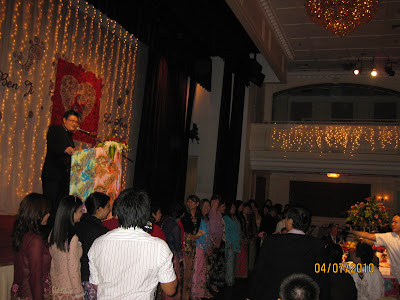 Elyssa and I
(I just love this photo! A friend was trying to take a photo of us - don't know why but Elyssa decided to press her palms against her cheeks. I couldn't make her smile for the camera, so I did the same loh......) 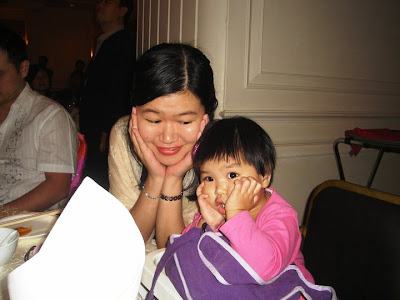 Highlight # 2 : Visiting some of the UNESCO World Heritage Sites :

(a) Khoo Kongsi - RM 5 per adult
Elyssa slept through the entire visit. Ha hah.... this girl is obviously not very interested in history. She did the same thing during our last trip to Melaka! 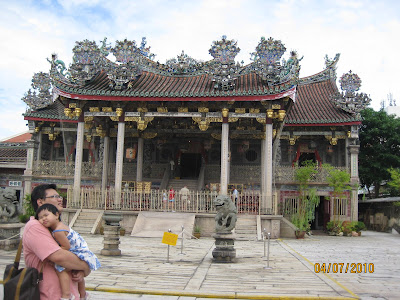 Face all squished up but still fast asleep :) 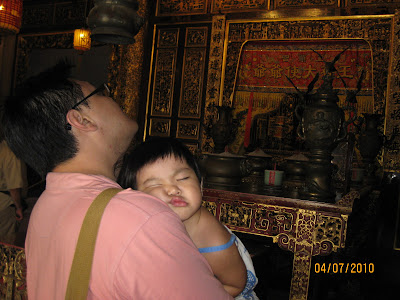 b) Cheong Fatt Tze Mansion - RM 12 per adult
I was really impressed with the place! But such as waste - Cheong Fatt Tze built a huge profitable empire, but when he died, his sons sold off everything bit-by-bit and to this day, there is no trade that bears his name. People say it's difficult for wealth to survive 3 generations, but in this case it didn't even survive 2! Before this mansion was bought over by private businessmen in 1990, it was a run down dilapidated house. The house would have been sold off too if not for his will which stated that it could only be sold when his youngest son in Malaysia died - which was in 1989.

Now the mansion has been restored to its former glory. No photos were allowed inside the mansion though. 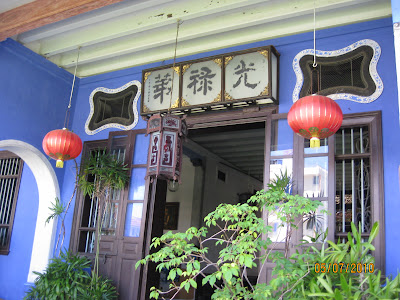 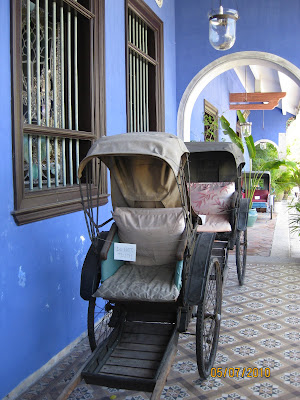 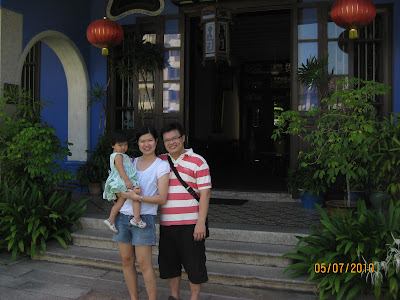 Shucks..... I really need to exercise after this food binging trip. Some of the yummy hawker food we had: 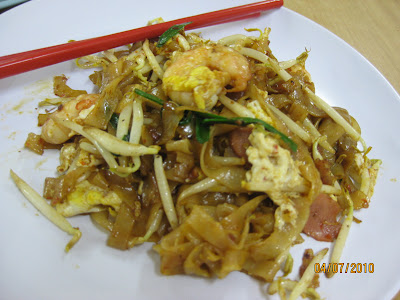 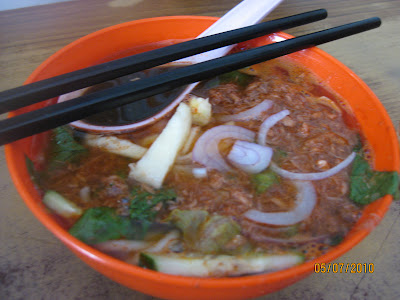 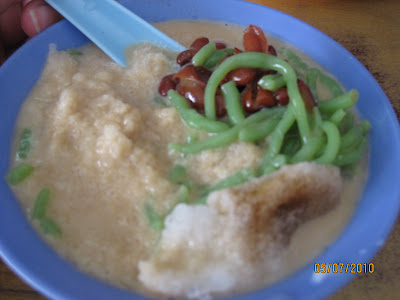 Rojak
(thick rojak sauce with plenty of good stuff like squid, pink guava and green mango. So yummy! And for only RM5!) 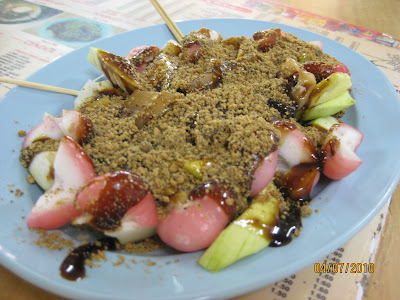 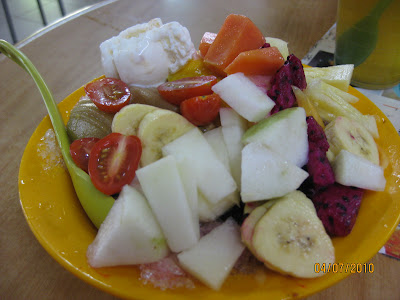 Wah..I never been to a peranakan wedding before. The food you described make me drool..haha.

I love the photo of you and Elyssa..so cute. :) Penang is a great place to visit..yummy food.

i grow up watching my neighbours dressing up in kebaysa when they attend wedding in melaka. I even bought some fabric for myself. Eventually gained weight, and the fabric is still sitting there as I don't think I'll look good anymore anyway :(

Kristie - ha ha. thx! For rojak in KL, they alwiz give cheap stuff like turnip, cucumber and pineapple only. not syiok!

Mummy Gwen - i also drool when i think of the food!

Chin Nee - I think the kebaya is such a beautiful costume. Can be pretty sexy too. I think you'll look good in it!

Everything is so well planned. I am looking for a flawless place to have a pool birthday party with friends. Will invite them all with DIY cards. Also looking for entertaining games and dancing rock music. My sister recommended to go for sea located Los Angeles venues for the special day. Hope my wishes come true.