I'm finally back from Singapore!

One of the highlights from my Singapore work trip was a half day team building event at Universal Studios. (I was pretty thrilled when I read the agenda!)

After the morning meeting, we reached Universal Studios around 1.30pm. Already half a day gone, and it didn't help that it started pouring heavily when we arrived. Had to wait about an hour before the rain stopped.

In hindsight, we didn't have to worry cos we pretty much covered the entire theme park in half a day (including lining up for 45 minutes for a particular ride which only lasted 40 seconds!!). The whole place was pretty small. When we first looked at the map, we thought there would be a lot of walking to the different "lands" - Ancient Egypt, New York, Jurassic Park, Faraway Land etc. But in actual fact, each "land" was quite small and it took less than 15 minutes from one end to the other. 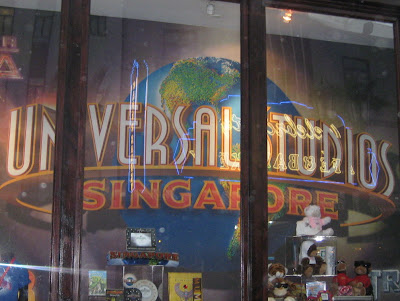 Madagascar Show
(nice, but super short. ONE song and that was it) 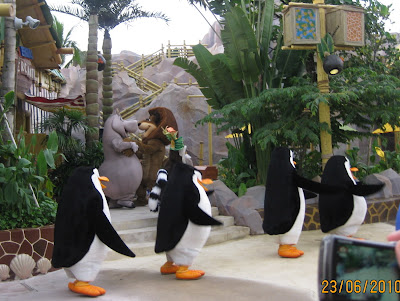 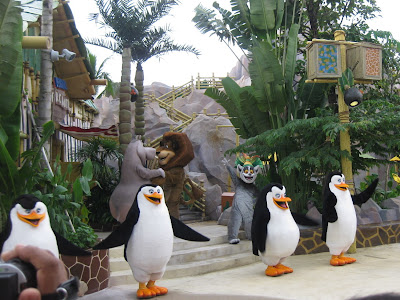 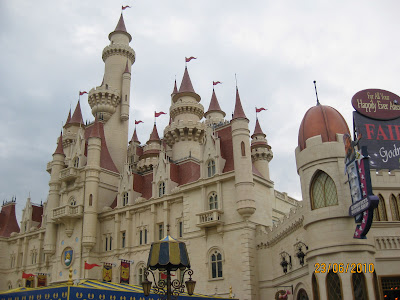 Performance at the Shrek Theatre 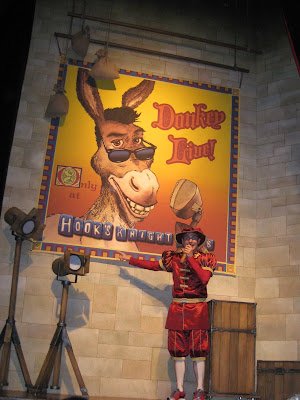 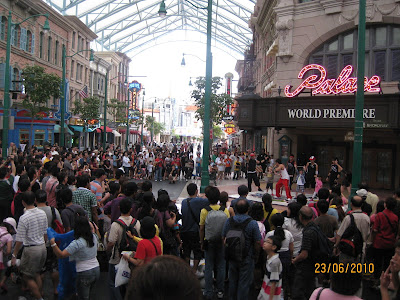 Me, at the entrance 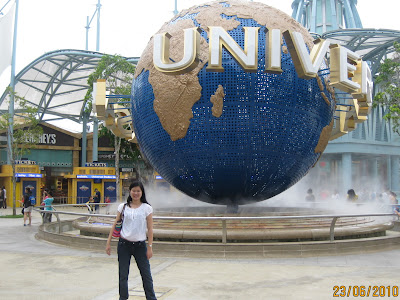 Walkway right after the entrance 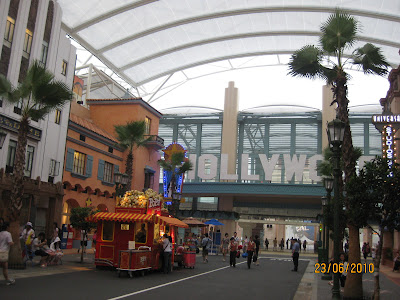 My favourite item was the 4D Shrek show. Really good! The mummy adventure roller coaster was good too - I was such a scaredy cat that I just clutched the railing, closed my eyes most of the time and hardy made a sound, while I could hear my colleagues screaming around me. Ha hahh....

Overall, I would give Universal Studios Singapore a "quite nice" rating only. A bit steep after the SGD77 ticket price conversion esp for entire families.

But since my ticket was free, I have no complaints ;)

__
Ok, side track a bit to the hotel room. It was the smallest (considering the room rate) business hotel that I've ever stayed in. Looks alright at first glance from the pic below, but the 2 ends of the picture are the 2 ends of the hotel room. So compact that the "cupboard" at the bottom right of the writing table was actually the mini bar and the "drawer" was where the tea/coffee facilities and hairdryer were ! 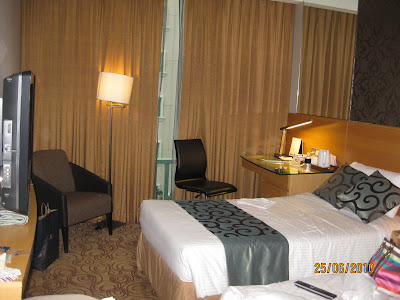 The ticket price is expensive....but I really wish to visit there one day.

The tickets is so expensive ler. Next time you can bring Elyssa to Universal Studios. :) I wanna go there one day..hehe. You look very tall in the pic. Nice. :D

Team building in Sg......wuwawuwa.. ur company has any extra vacancy???

Nice. i do plan to bring Philip there..

The ticket pretty expensive..thinking of to plan for the next family trip!! :-)

Wow! I'm planning to go there with kids..

Mery - yes, still worth a visit. cheaper than flying to HK for Disneyland :)

Kristie / Little Prince's mum - thx! but I think it's the baju lah!!

Mummy Gwen - I'm sure Gwen will love the place.

Rachel - he he... but no such thing as a free lunch. Now super busy after the SG trip. As if the the company is saying... u had your fun, now time to WORK extra hard! ;)

Pai seh...I never been to Singapore. Looking at the beutiful places in your photos, I will surely visit there some day.

yes, you look great in the photo. Tall, fair and thin.

team building at universal studio?? so nice!!! i hope to bring the boys there soon :D