Happy girl in the plane - 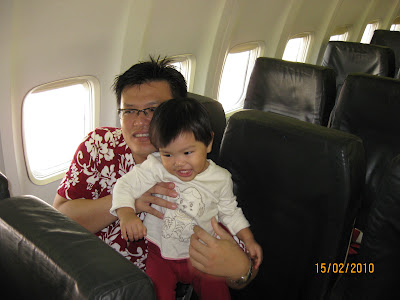 @ Bandung Airport.
(I was surprised when I saw many people taking photos at the airport runway cos usually there is a "no stopping" policy. Then I looked around and understood - our plane was the only plane in the entire airport runway !! Very small airport indeed. An added advantage was that everything was close by. We only had to walk a few steps to the immigration counter and then a few more steps to the baggage collection area. Quick and easy) 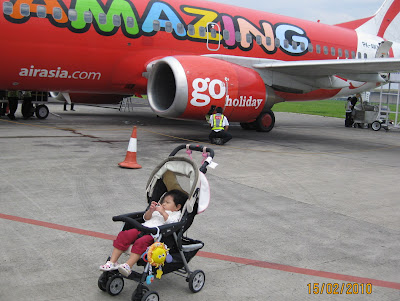 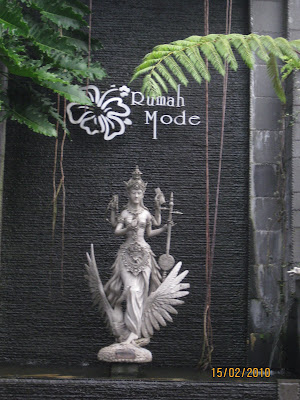 And basically for the next 2 days, we just went from one factory outlet to another.

Hubby went absolutely crazy with the good selection of branded work shirts, pants and jeans. For me, day1 and 2 was so-so only. Didn't help that Elyssa kept on saying "Mummy pao pao" (mummy carry). But even though "so-so only" I still managed to buy some tshirts and pants. :)

Elyssa did her own shopping as well - 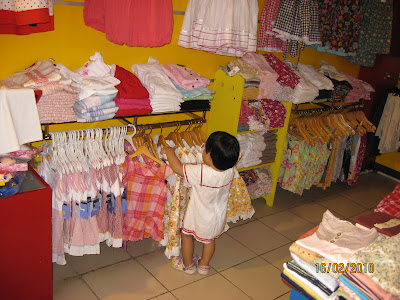 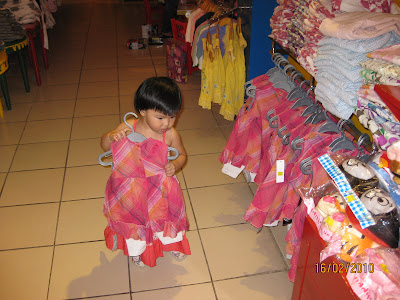 He he...... she looks like a shopping pro eh?? We got her some dresses and t-shirts.


Some of the food we had during the first 2 days - 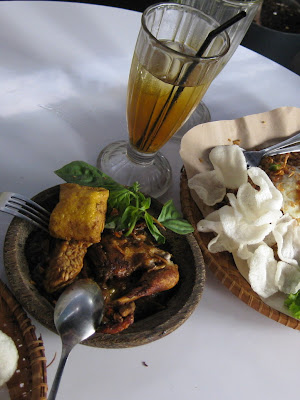 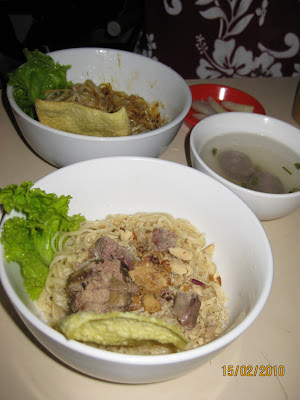 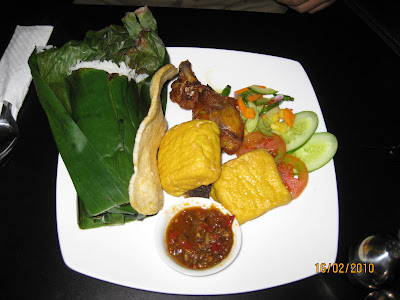 wow, you guys travel a lot eh? that's good :D when ashley was younger, we hardly go anywhere becos gotta pack so much :) heard so much about bandung and the factory outlets. we must make a trip there. no photo of the clothes kah?

wow that is one lovely vacation... can't wait to go for one too... jayden has never flew on a plane yet :)

elyssa is so cute!!!! waiting for more of u shopping posts :)

All i can say is.... "So clever she shop ah???? Waiseh.. her bf next time sure pening kepala follow her shopping :D"

We are planning to go Bandung from Jakarta very soon. It's 2 hours drive from jakarta.

You must have bought lots of nice clothes. :)

i got a strange feeling that Elyssa have many dress, shoes, etc...grooming to be another shopping queen...