Part 2 of my Houston trip was the "official work" part where I was practically stuck in this windowless conference room for 5 whole days..... 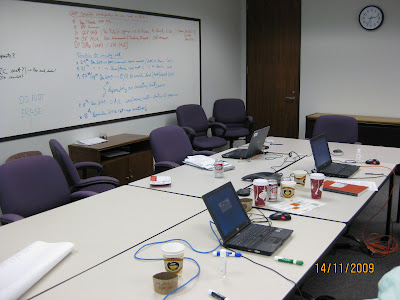 Tiring as it was, I think it was a really productive team meeting. Even with modern technology such as video-conferencing and tele-conferencing, nothing beats an old fashion face-to-face session.

It wasn't just work, work, work all the time. We managed to catch the Veterans Day Parade on the second work day there. It was a beautiful day (clear skies, nice wind but not too cold) and there was such a nice festive atmosphere in the air. I was quite impressed at how Americans appreciate their ex-soldiers. Whenever the older ones parade out (especially those in wheelchairs), the whole crowd just spontaneously clapped and cheered - and you could just see the pride in the faces of the veterans! I couldn't help thinking about how we treat ex-Malaysian soldiers... but then again, I supposed they never had a real war.


Some pics of the parade - 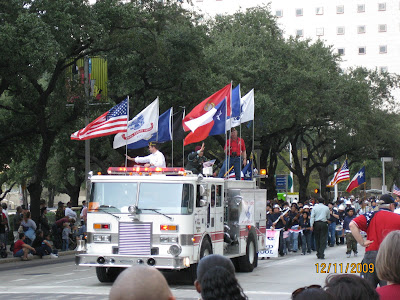 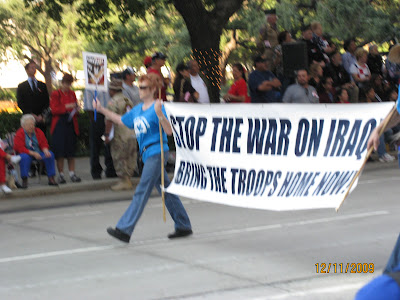 Other pics taken that working week-

Free newspapers by the roadside

I was thinking - if they have this in M'sia, maybe some people will just take the whole stack and sell to the recycling guys? ;) 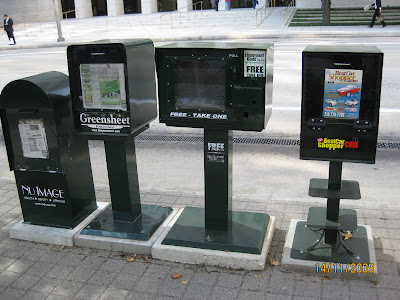 Some of the yummy food I had -

Barbequed pork ribs with 2 side dishes and cantaloupe juice. Ok, I know the ribs don't look that good in this picture, but there were absolutely amazing !! 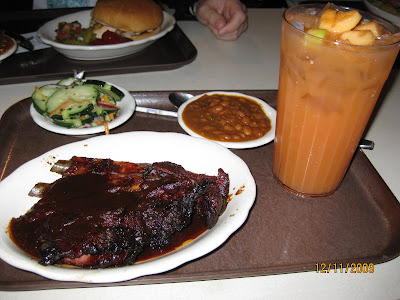 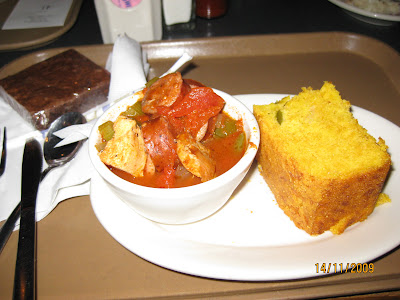 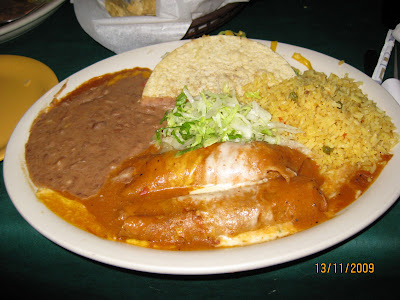 Finally, a picture of my little team. The guy standing up is my American boss (Leonard) while the guy sitting down next to me is my German counterpart (Oliver). 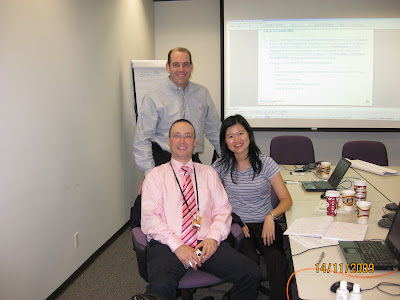 Gosh..i miss those Mexican food... even the normal shop like Taco Bells.. bring sweet memories back to me... Enjoy your trip. Cant wait for Part3 shopping! I wonder what u may have purchased..heehhehe

i can't help but laugh at your sentence regarding the free newspapers. Most people here are just not as civic-minded as them in North America/Europe. Sad huh? The food sure looks delicious. Not cold in Houston now? I can't wait to read about your shopping. I miss shopping in the states :(

Hohohoho... shopping!! Looks like santa clause has started work too! ;)

wah.. the american portions sure are big! could u managed to finish???

hang on a minute...this looks familiar...are you by any chance working for hp?