I finally have time to sit down and blog..

It has been 5 days since I arrived in Houston, Texas. The whole journey was awfully long - 4 hours from KL to Taipei, stopover in Taipei for 1.5 hours, 11 hours to LA, stopover in LA for 5 hours then finally 3 hours to Houston. I was exhausted when I finally reached the hotel room at 11pm on Saturday !!! The worst part was during the 5 hour transit in LA airport. As I was sitting down at Starbucks sipping an Eggnog Latte and trying to read my book, tears started streaming down my face as I thought of my little princess. :(

On Saturday, Ken (a friend who's a M'sian expat in Houston) brought me around. We went for lunch at The Galleria (had the most fantastic crab cakes !!!) , took a drive around Houston for me to see the place, made a short visit to the Nasa Space Centre, did some grocery shopping, went back to his apartment to rest, picked up another friend (my ex-school friend who's also a M'sian expat in Houston) then went out for dinner at a fantastic steak place. A nice day indeed!


Some photos taken on the first day -

View from the car. (Ken, if you're reading this - YES, your windscreen was dirty !!) 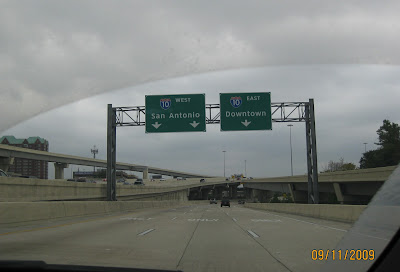 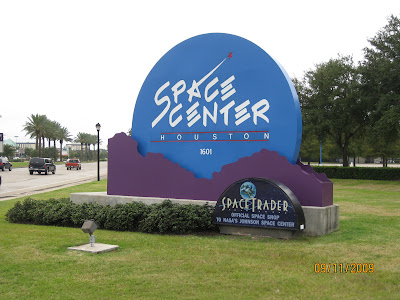 Inside NASA Centre (it was almost closing time. I didn't want to pay USD25, so I just took a photo from the outside!) 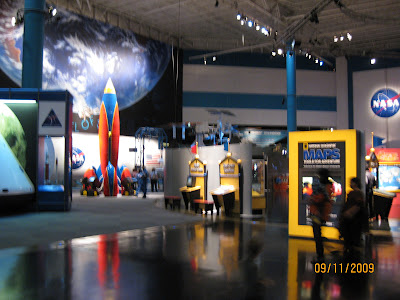 Where else can you see an astonout on top of McD?? 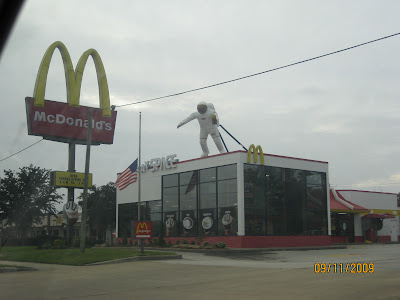 Grocery Shopping @ Central Market (the veges look so good and fresh! I wanted to take more photos but was asked by the security guard not to) 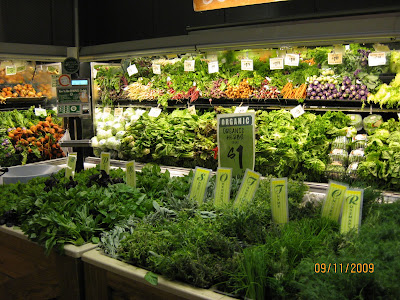 As usual, I like to take photos of the hotel room - 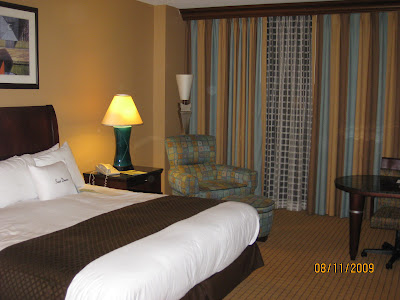 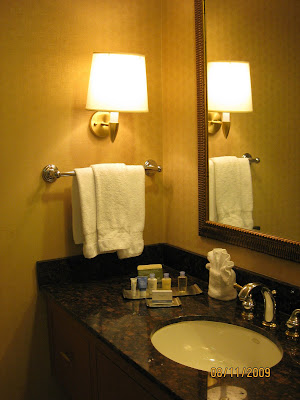 I love having a coffee maker in the hotel room! 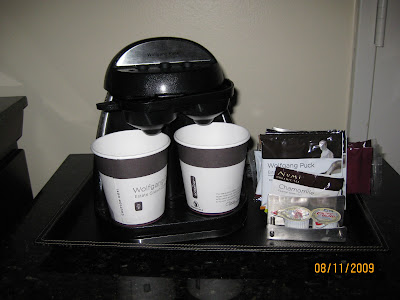 Houston, we have a problem. you left Merryn in malaysia while u r there... ahahaha.. nice pics there.. do update us more.. n i know, u'll definitely miss elyssa alot!

have a good trip. when will u be back, btw?

nice nice. ask ur colleagues to bring u to the factory outlet.....

Hi there! Enjoy yourself. baby Elyssa is fine over here...... Not to worry.

Very sleepy now. Nigh Nigh.

Don't worry, I'm sure Elyssa is in good hands. Enjoy and have a good time in Houston.

i can imagine how you feel! sounds like elyssa is being well taken care of tho:)
man, nice to have coffee machine in the hotel room!

Hey there!Welcome to Houston! I hope you have a good time here!

I'm not sure how long you will be here but if you have enough time you should go shopping at the outlet malls, don't forget to try crawfish too..

Hope you are currently enjoying yourself!

Hi dear! Haven't dropped by here for a while, Elyssa is so cute............ cannot tahan her cheeky smile and cute face!

Just enjoy urself while you're there, Elyssa misses u too, in a blink of eye, u will be home soon! :) xoxo.

wow, houston? what are you doing there? for work or pleasure? my heart feels heavy too when I read about you crying at the airport cos you miss the little one. See, your hubs tells you not to worry..Elyssa is in good hands..ahh..she even wrote to you :) enjoy your trip in houston. shop more, ok?

Am sure Baby Elyssa miss her mummy too!!

Hi there SIL! Glad u reached Houston safe & sound. Say "Hi" to Houston for me. Kinda miss Houston since I left in 1996. Anyway, dun forget to try the crayfish or other Creole (??) food. Just got back fr Taipei. Johnny said Elyssa's been very good. Will check on them this week. U take care.

Special thanks for all the comments! I've always loved getting comments but seing familiar names when I'm here in a foreign country just made it extra special.

Merryn - ha hah!!! When I was at the Nasa Space Centre, I also kept thinking of the phrase "Houston, we have a problem". ;)

Rachael - yes, i did go. Will write about that soon.

Darling - When I first looked at the comments page and saw Elyssa's pic, I panicked for a while cos I was wondering who "stole" her pic!! Then I smiled when I saw it was "from" Elyssa, then I laughed when I read the ice-cream part.... then I cried coz I miss you both.

Ivy - thanks! Yes, really glad that Elyssa is in good hands.

Sunshine- thanks for dropping by. Yes,I had a good time in Houston. Didn't manage to try the crawfish tho.

Kristie - good to see you back!

Barbara - main reason i'm here is for work. but extending a bit to go around. as for the shopping part, watch out for upcoming posts!

Little prince mummy - i hope she still remembers me when I go back..

Suzan sis - Hope you enjoyed Taipei. Johnny has really surpassed my expectations with Elyssa! Give her extra kisses from me when you see her next ya?