Few months ago, reached my parent's house for our weekly "family makan" and the kids were excitedly standing by the door telling me about their concert.  I went...... huh?? what concert?


Concert List
Wah, not bad eh??  Got Program somemore! Everyone told me to quickly eat cos concert was to start at 8.30pm. See..... even starting time was stated on the list. 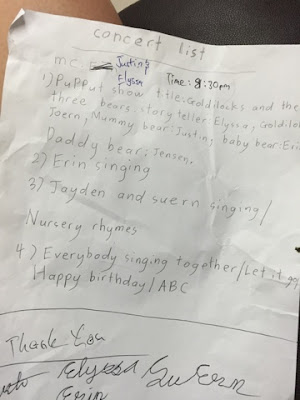 Puppet Show time
Title was "Goldilocks and the 3 Bears". We sat there for a while waiting for the show to start then only realised it ALREADY started cos the puppets were actually being moved IN the blocks.  Wuahahaha. 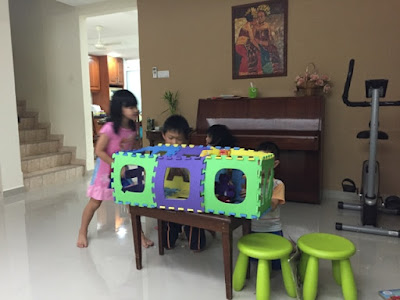 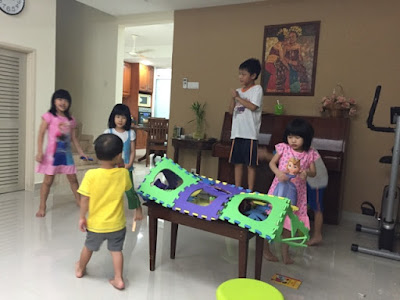 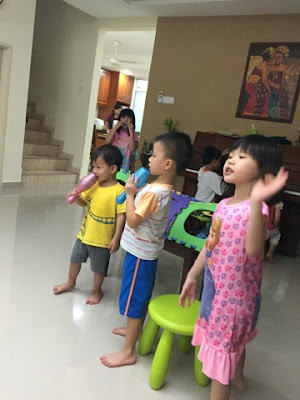 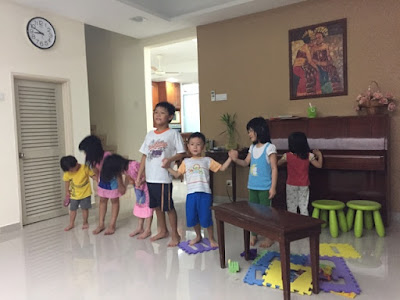 My parents said they spent their afternoon practising for the concert.  Actual execution wasn't so smooth but just love, love, love the concept!!
Posted by Adrine at 5:08 PM

What a great idea to hold a concert for everyone by all the children! Who came up with this idea? The children will have fun practising and performing and the audience would be so happily surprised by the concert.

So fun and "pro" to have a program too haha! Well done kiddos! :)

Mun - not too sure who came up with the idea actually. Great way to keep them occupied for the afternoon too. :-)