Had these photos in my draft, so might as well just post them.  Pretty outdated though!  Hehe. 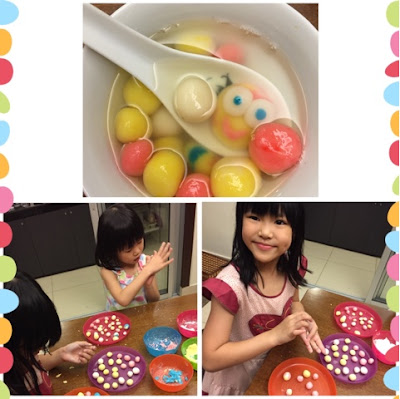 Puppet Stage made by Elyssa
She made it all by herself.  I was really impressed!
But barely an hour after this photo was taken, Elyssa was tears.  Cos little Erin saw it, got jealous and tore the box apart!!! (aaarghhh!)
The next day, Elyssa made an improved stage with curtains that could be opened and closed by pulling a string at the back. 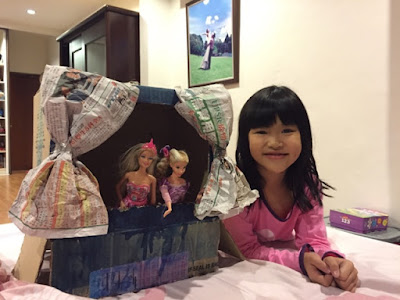 Food for our Christmas potluck party
I baked cupcakes, made a simple Christmas log and cooked pork rendang. 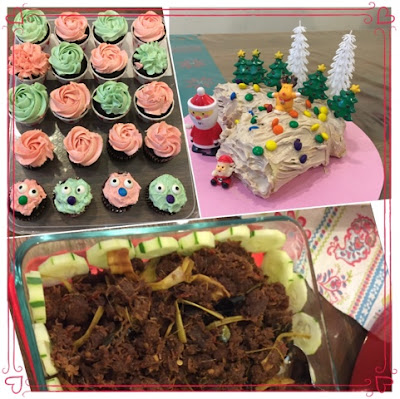 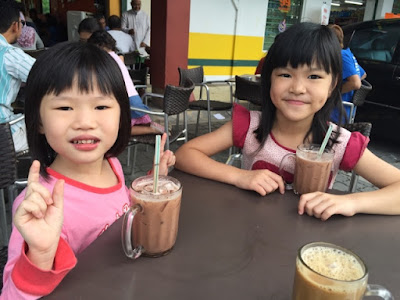 Carousel Ride at a shopping mall 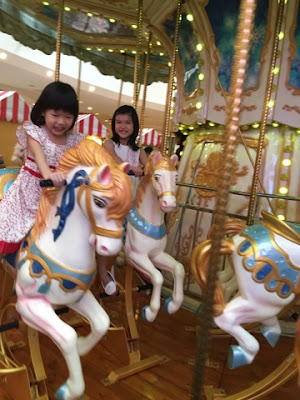 My planned "peaceful coffee break" at one of my favourite cafes
Didn't go as planned though. It was peaceful for all of 10 minutes but then they were both in an argumentative mood and started squabbling soon after.  Aargh! 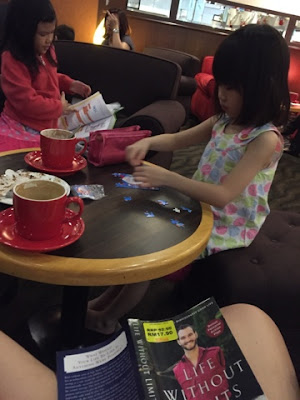 Girls were playing upstairs then Erin came downstairs announcing she was "pregnant"!  (she stuffed her baby bear up her shirt. hehe) 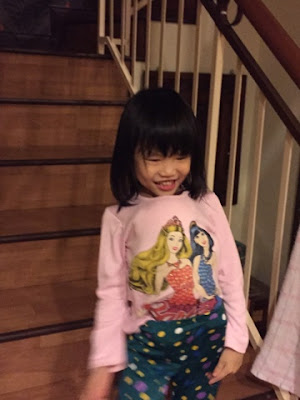 Elyssa is so creative to make the puppet stage all by herself! You are so good at baking and decorating cakes!

The puppet stage box is really very impressive! Anyway, rojak post is better than no post haha.. my memory is so bad, if I don't write things down I'll forget all the finer details :P

LoL at Erin announcing her pregnancy!

15 years from now if they pull out such a stunt, can FAINT! Haha!