A) Elyssa playing with Lego pieces at Empire Shopping Centre
She was there for a looooooong time. She nearly cried when we told her it was time to leave!
(she only agreed to leave when I told her that daddy was to going buy a cup a soya bean drink. Ha haa...... but daddy complained that she finished more than half of his drink) 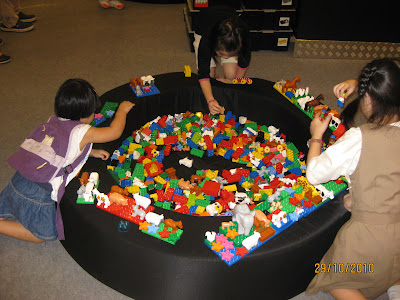 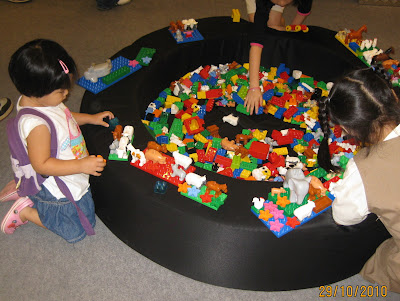 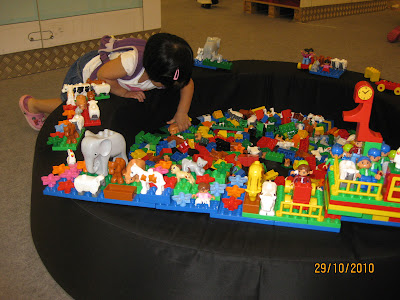 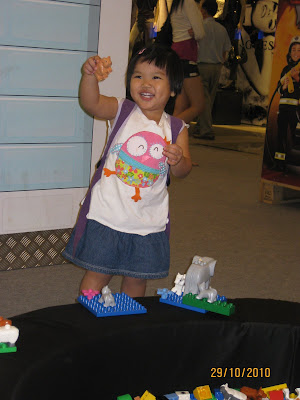 B) Photo fun at Ikano Power Centre
After buying a printer at the IT centre in Ikano, we saw there was a fun photo competition for those who have purchased above RM100 - basically, there were a couple of small props on the table and judging was based on creativity. (we get to take home a free 4R photo)

Hubby loves anything to do with creativity, so he wasted no time in dressing up Elyssa.
Me? I had a good time laughing ;) 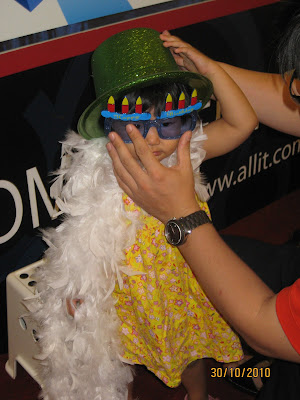 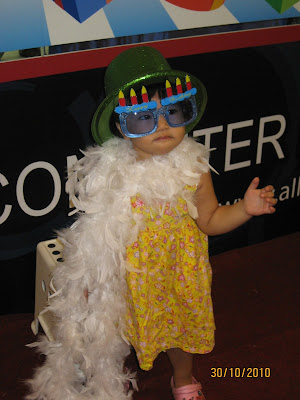 The final outcome (a bit blur as I took a photo of the 4R photo we received) -
I hope we get to win something! 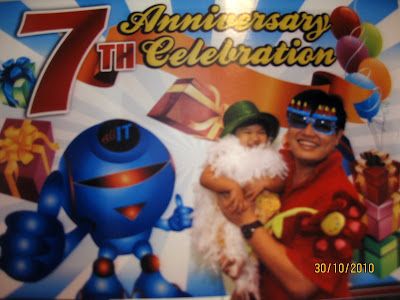 Hahaha I had a good laugh at those pics too. Hope you will win something. Good luck! :)

So cute..too bad the last pic is bit blurr.

We're in the lego land in empire last saturday, too!

Ur hubby is so sporting. Unsual to see a man having a creative side.

She looks very cute when doll up. I think she likes socialising that why she didnt want to go home n wanted to stay on to play

Oh...Elyssa looks so cute in the costume. I hope you will win too.

Thanks! No news yet so I suppose I didn't win anything. (but then I forgot to ask when the contest ends)

Same with Elyssa, my girl can stay and play with the Lego blocks for the entire day!

Good luck to you!

nice photo!!! good luck and hope you will win :D