I started my day with an early morning swim again.  So nice!  Girls wanted to go to the Kids Room again.
Elyssa and her batik painting activity 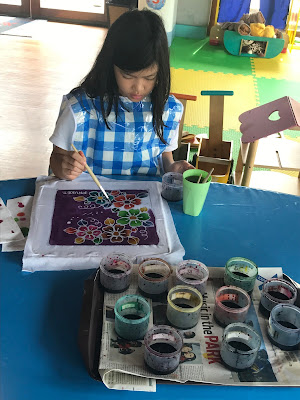 Our car rental was for 24 hours so we had the car until about 11pm. Hubby and I drove around the surrounding area while the girls were in the Kids Room. Bought lunch too since the initial plan was to just rest and relax in the resort after we return the car.

I joined the 11.45pm Aqua Aerobics sessions at the pool - something I've always wanted to try!

After the one hour session, checked in on the girls but they still didn't want to leave the kids room. So ok, we decided on a cycling session (free rental for 2 hours per day).  I haven't cycled in years!!! I think probably since Elyssa was born!  I nearly cycled into the bushes a few times. Hahaha.

Big smile for camera
Pleasures of a relaxing holiday - from swimming pool straight to next activity of cycling to the beach!  I was still wearing my swim suit with a t-shirt over it. 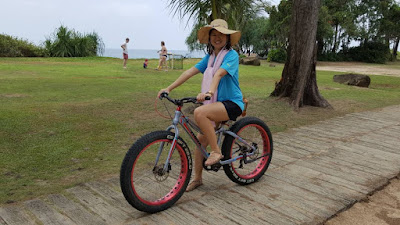 Made it to the beach without falling down from my bicycle.  Yay! 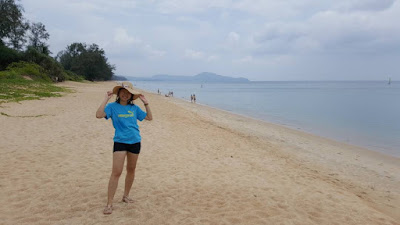 Found quiet spot with a small stall
Ordered a coconut to share. 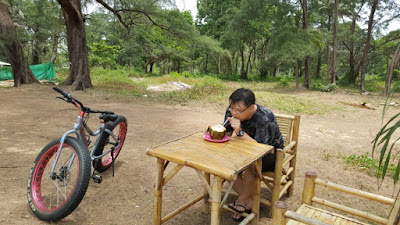 Such a serene place 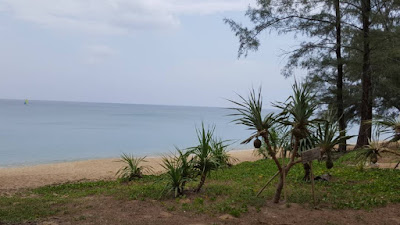 After we returned our bicycles, it was their turn to cycle.

And for the record - she learned to properly cycle in Phuket. Way to go Elyssa!!!   Ok,our fault. Elyssa has been pestering us to teach her to cycle but we somehow never got to doing it.

Elyssa cycling without training wheels
She was sooooo happy and proud!!! 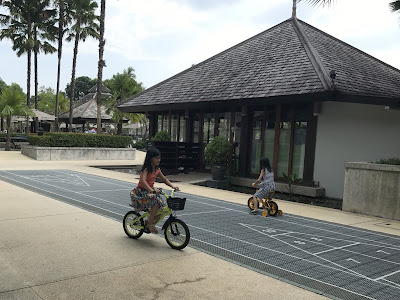 Change in plan.  Instead of just lazing at the resort, we decided to go to FantaSea instead.  Van came to pick us up about 5pm. 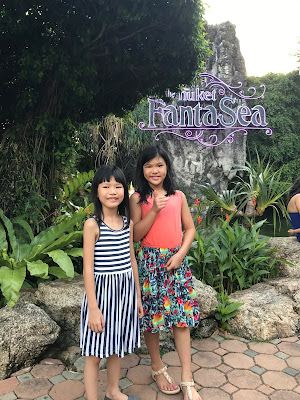 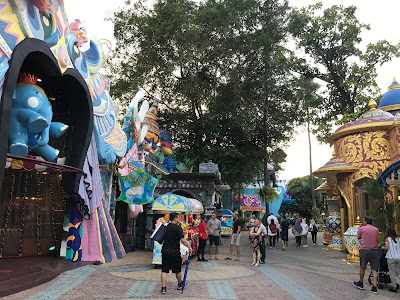 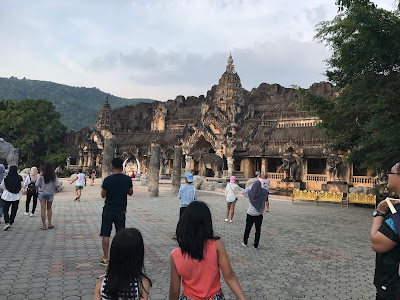 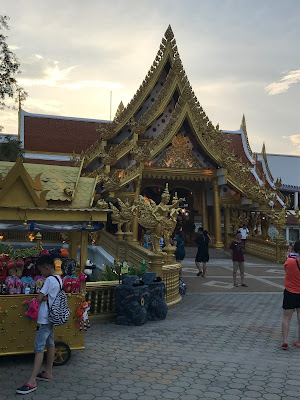 Huge buffet restaurant inside!
Food quality was average only. 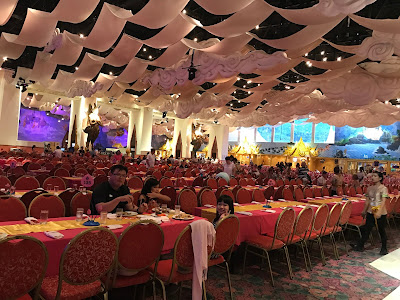 Bought a basket of bananas for THB 80 to feed elephants 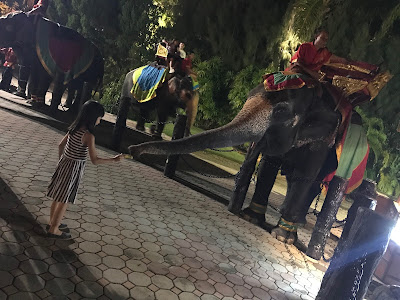 Come have your banana! 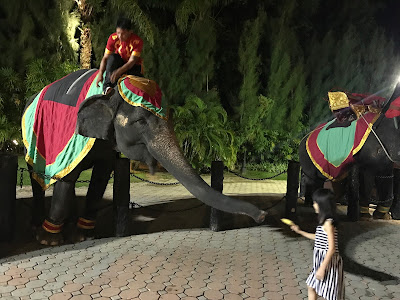 We had to deposit our phones before the show started, so no photos of the actual show.  Described as
"Thai cultural show infused with illusion techniques and special effects. As the Prince of Kamala journeys through life, he slowly discovered what it means to be the perfect Thai".

My verdict of the show?  Ok la...entertaining but for the ticket price, I expected a little more. Girls enjoyed it but they did ask me about the show storyline. I already read reviews that the storyline didn't make sense. A mash-up of historical scenes, magic shows, acrobatic show, dances and songs. Told them no need to try to understand the storyline. hehe.

My verdict of the entire place?  Over the top.  Good experience but it's a "been there, done that" place that I won't make a return visit. But I must say the whole set up is very organised indeed especially the transport system.

Day 4
Last day already and our transport to the airport was arranged for 11am. 4D,3N holidays are far too short!

Girls wanted to go the beach. I brought them there while hubby did another round of cycling. 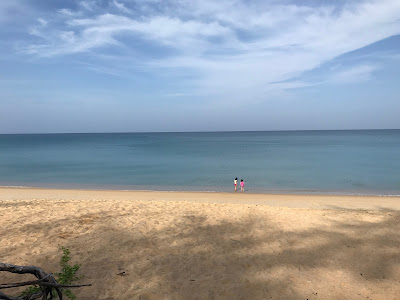 Buggy back to the resort 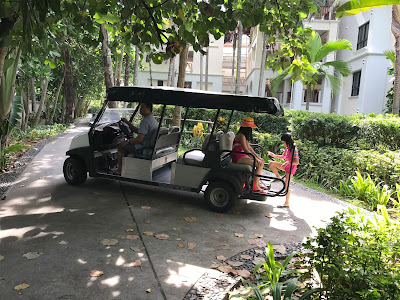 Before leaving for the airport, I asked Elyssa to take one photo at a specific spot.. 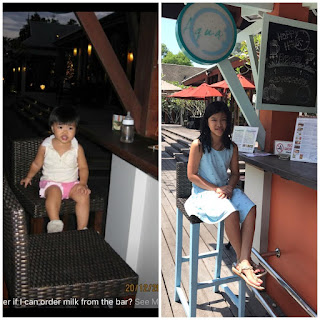 And that's it for our short little holiday.

Aww yes how the kids have grown!! Time really flies and can't believe my own girl is turning 9 next month too!