The last two days were spent in Hong Kong Disneyland. A one day ticket costs HKD 450 while a two day ticket costs HKD 585. So decided to just get the two day ticket. More worthwhile from a $$ perspective plus we wanted to take things easy in Disneyland.
Well, ended up we took things a bit too easy. Hehe. I insisted on breakfast at the Australian Dairy Company. Despite in being a weekday, the queue was really, really long! It moved pretty fast tho.
I couldn't help grinning when I finally got my food. No photos as I had to bribe Erin to sit down quietly with my phone. But here's what we had (pics taken from Trip Advisor):
Breakfast set - Creamy scrambled eggs with toast, Macaroni with Ham & Milk Tea 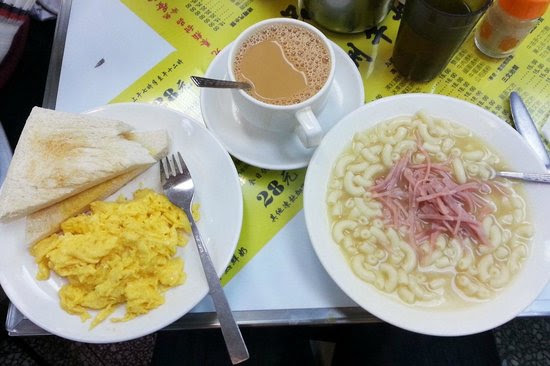 And not forgetting their yummy Milk Pudding After breakfast, some last minute packing, checking out of Ethan Hotel, making our way to the train station, train rides, finally checking into hotel at Disneyland (which took quite a while cos they couldn't find my reservation. Yikes!) and a quick lunch at the hotel, it was almost 2pm! Wasted half a day of our ticket already.  Oops.
Disney Train to Disneyland 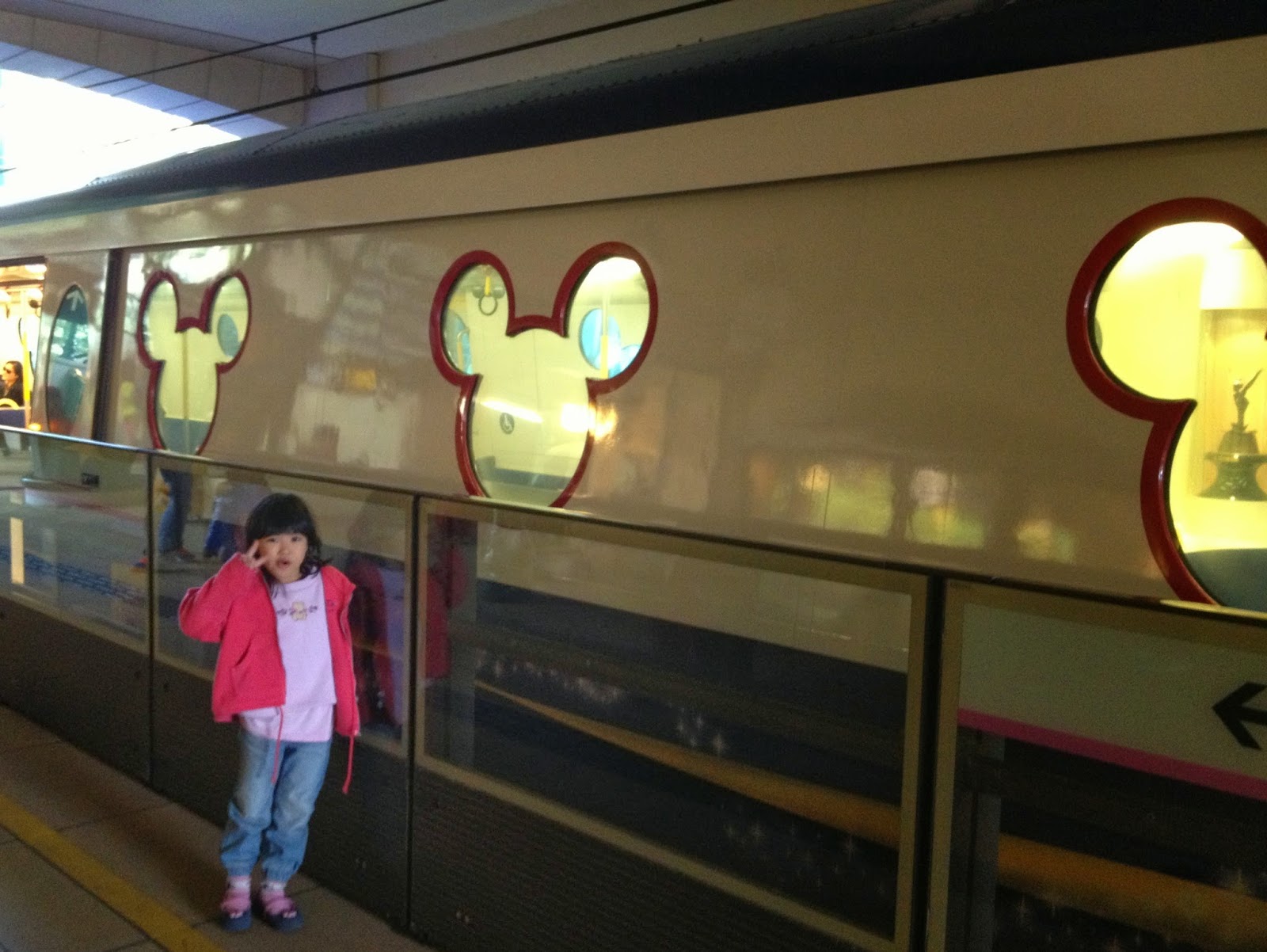 Elyssa with the "bone ticket" for our very first ride in Disneyland- Slinky Dog
I think it was something like a 45 minute queue for a 5 min ride! Ah well, that's the price of going to Disneyland on Christmas eve.  Gotta queue pretty long for everything. 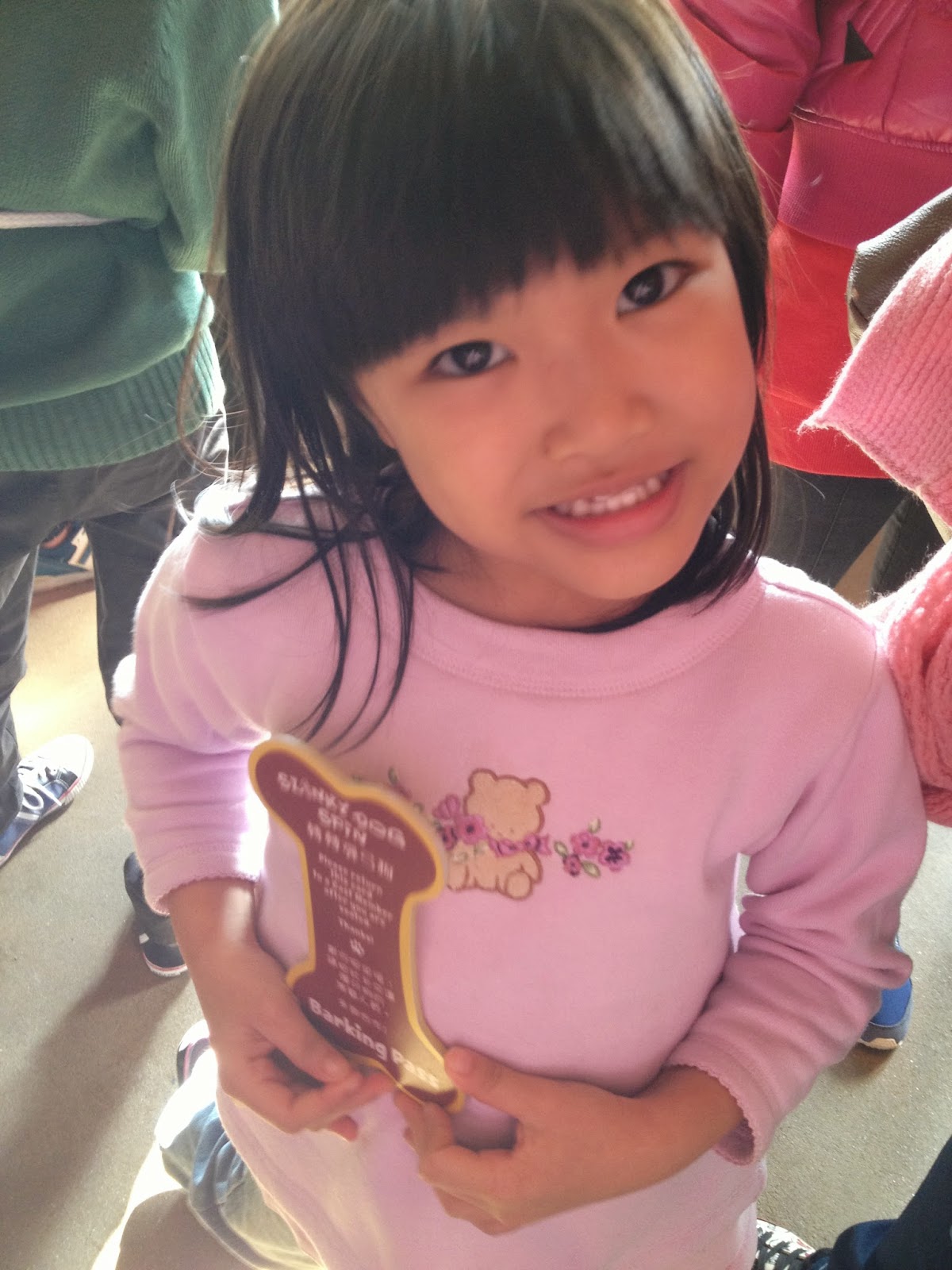 Parade Time
I've seen the parade a few times on Youtube but nothing beats seeing the real thing!  I couldn't help grinning like a little kid!  And I think there's a little kid in everyone too - a grumpy old lady stood by herself next to me. When the parade started, she started smiling from ear to ear and waved excitedly at the characters who passed by. I guess there was some Disney magic in the air  :-) 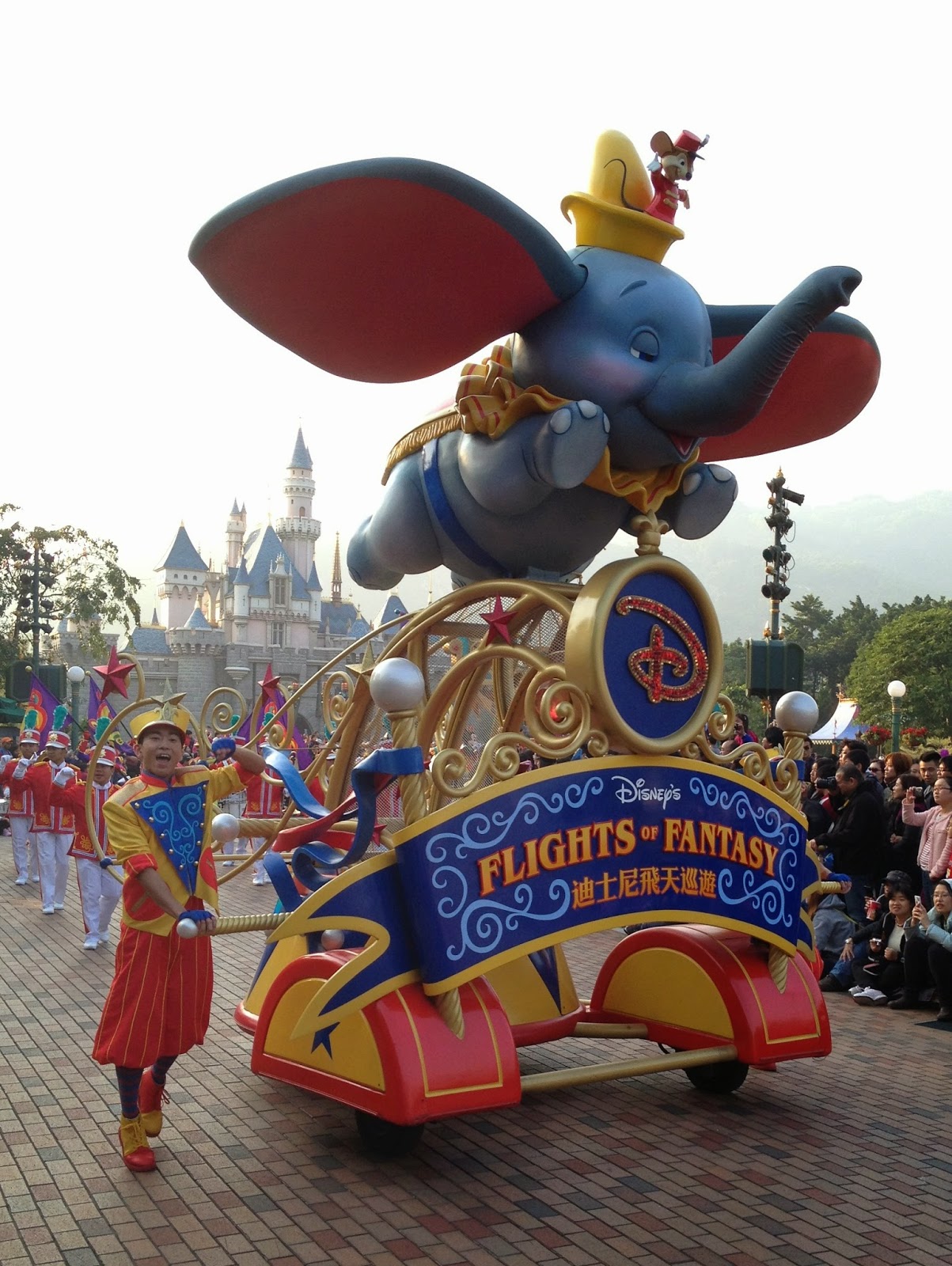 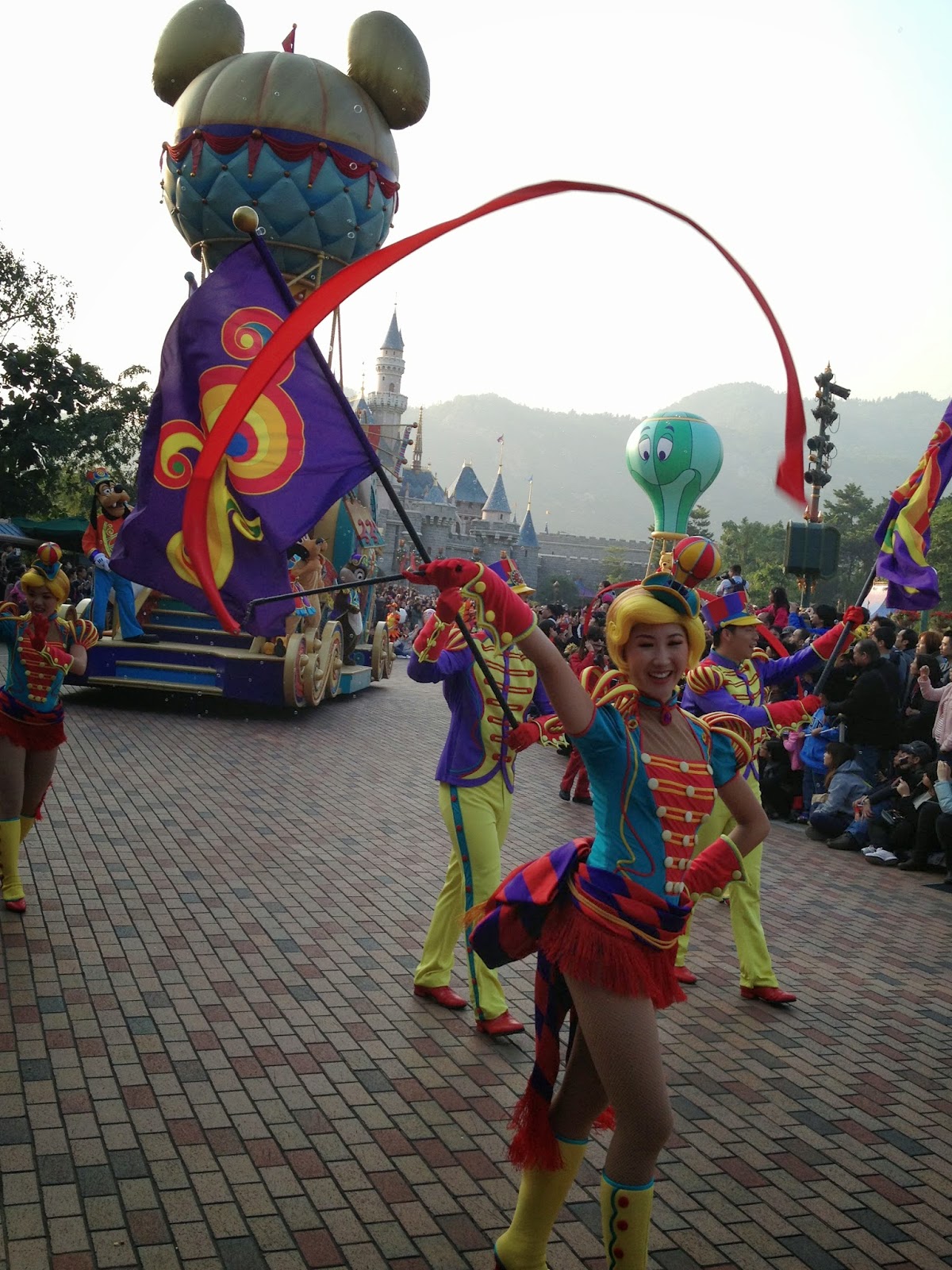 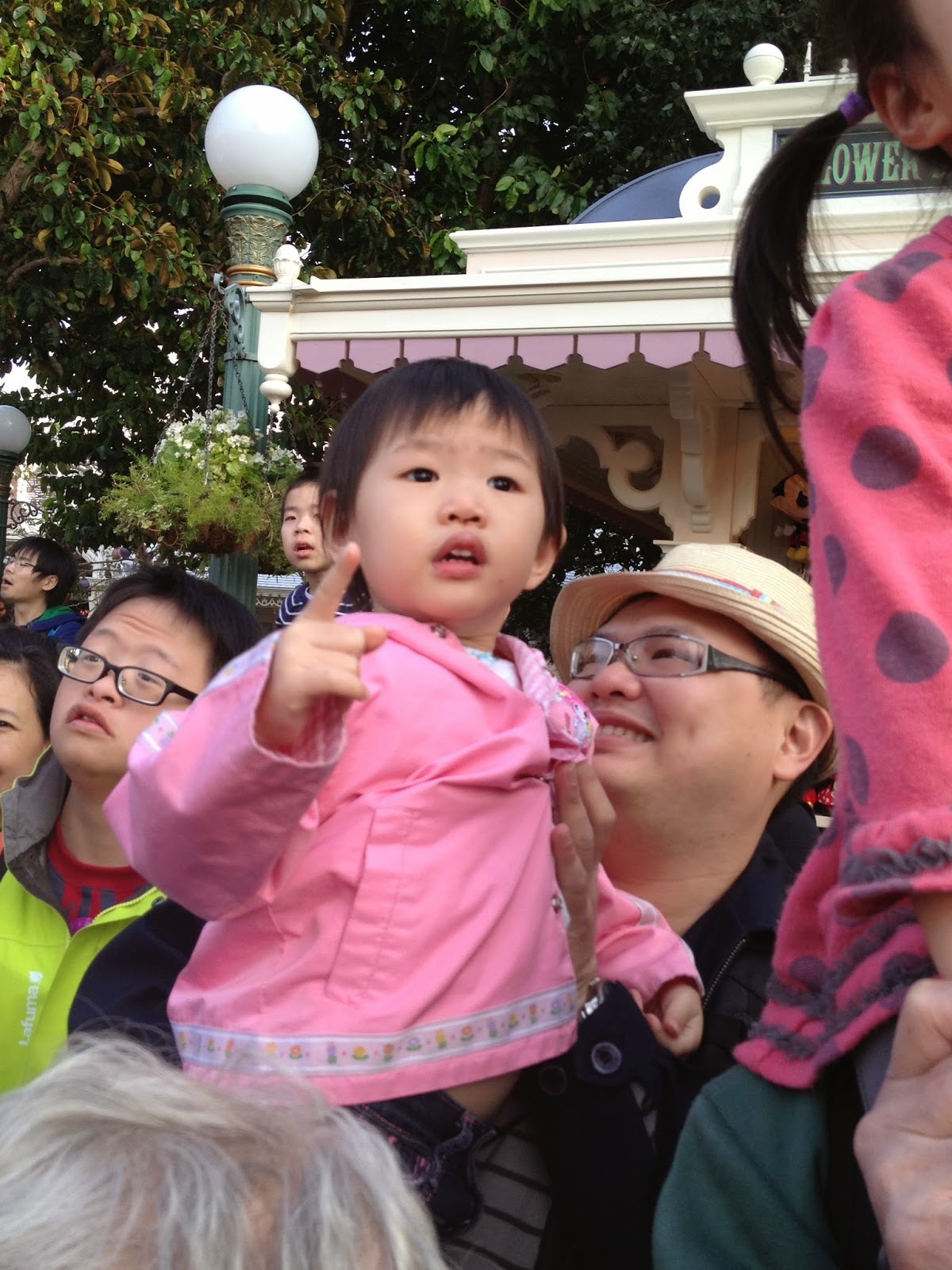 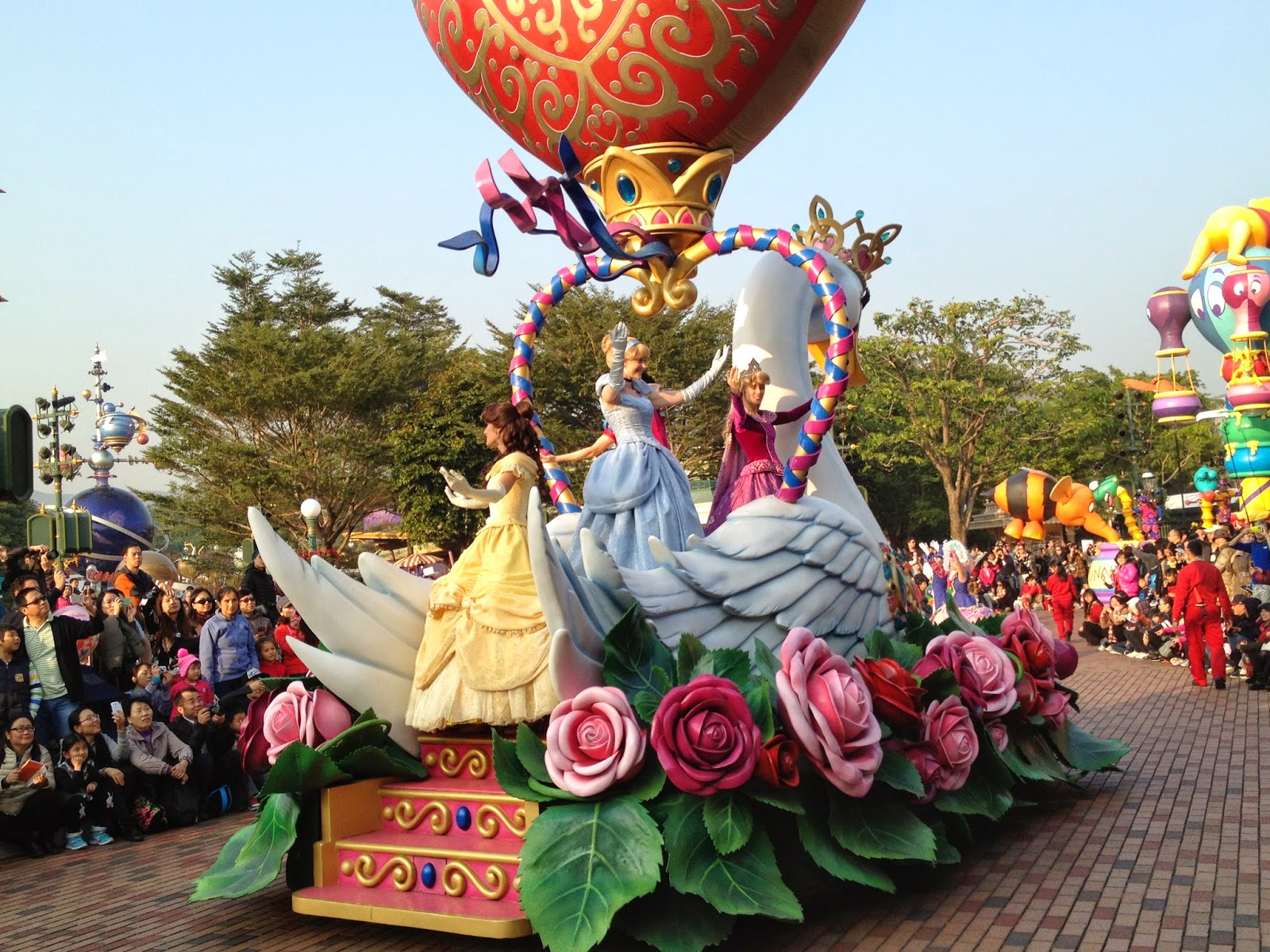 After the parade, we queued for the carousel -


Girls with their horses 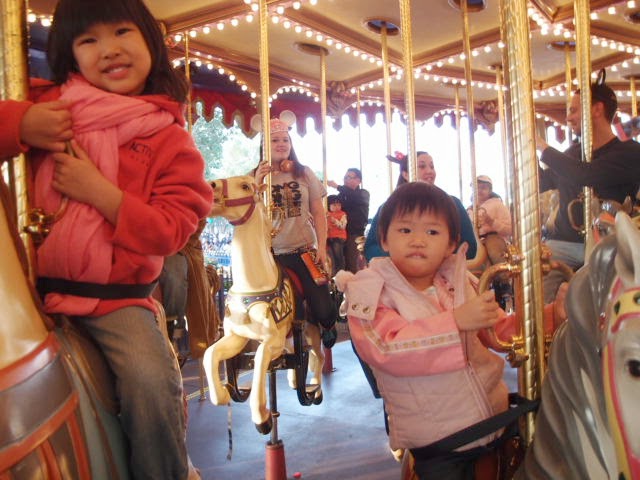 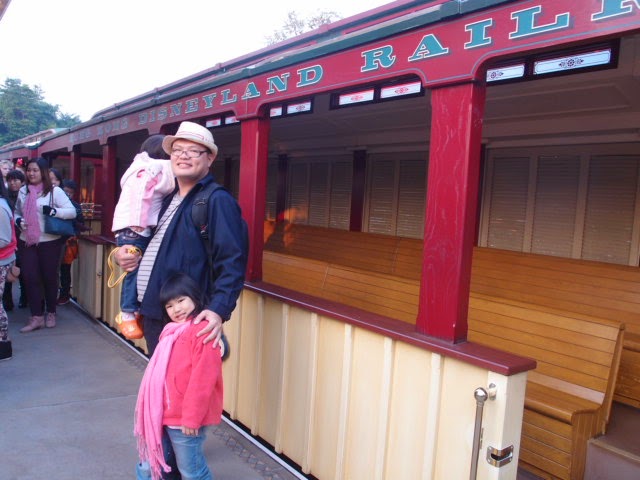 And then went for a show - 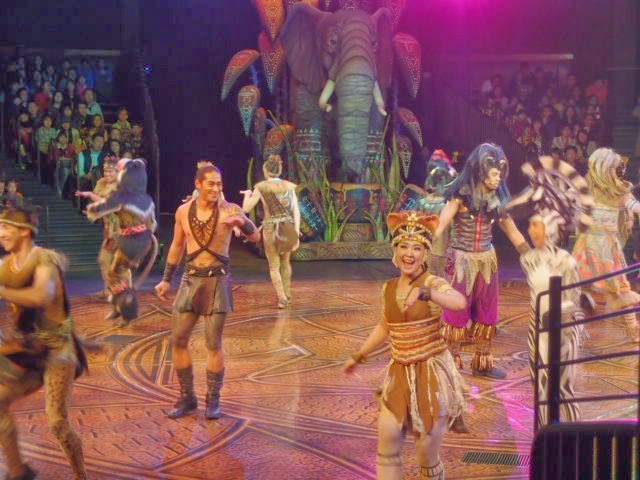 After the show, it was already night time. Had our dinner and then walked around the place.  Oh, and posed with some hats  :-)


With our funny hats 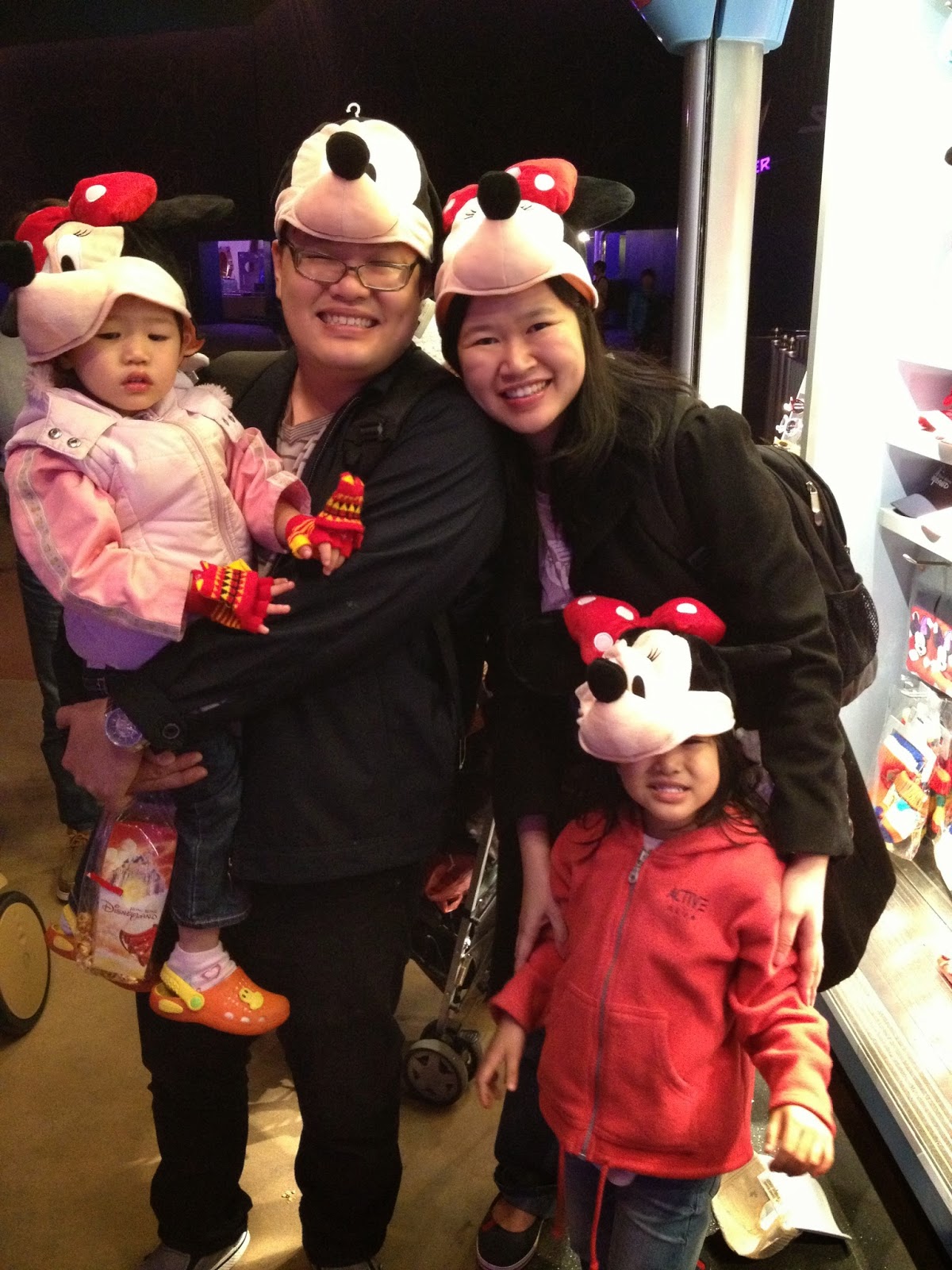 Went on another ride - 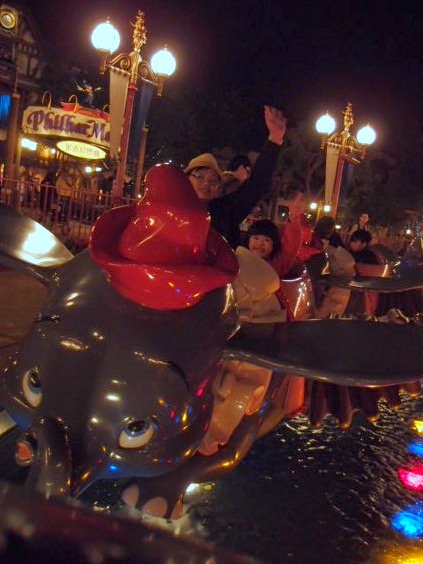 Night scene
The fireworks (with the Disney castle as a backdrop) were pretty amazing! Couldn't take any decent photos with my phone tho. 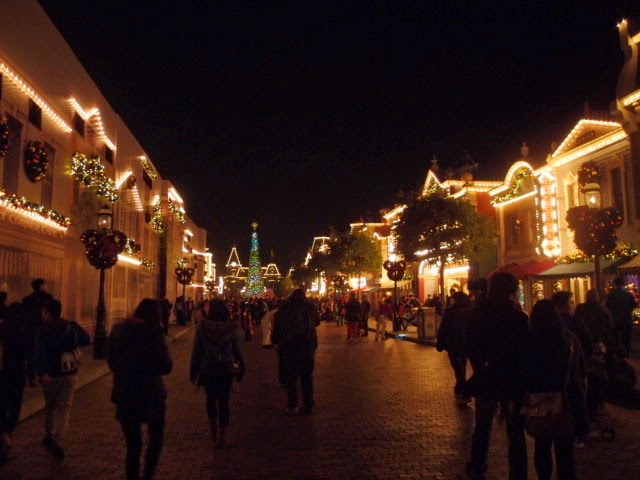 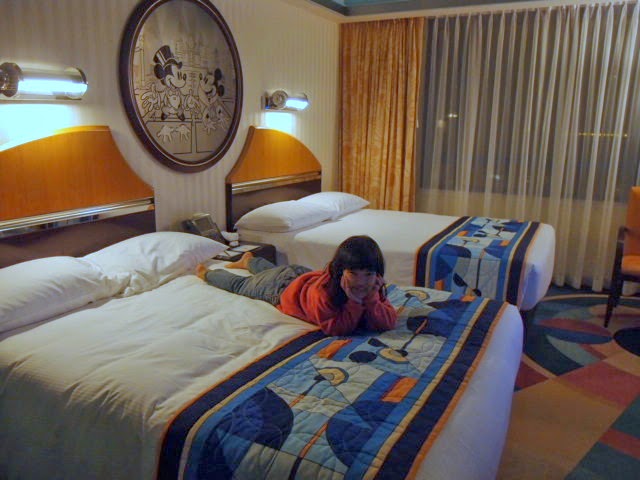