2 weekends ago, we went for a 2D/1N nature camp trip at Radiant Retreats, Janda Baik.
Yup, a REAL camping trip where we sleep in an actual TENT. Hehe... first time experience for us! I read some very good reviews on the net and I thought it would be a good experience for the girls. 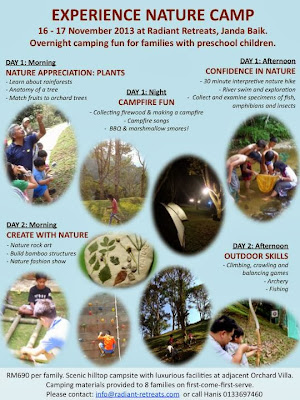 Will let the following pics do the talking:


Introduction Session
There were 11 families in total. 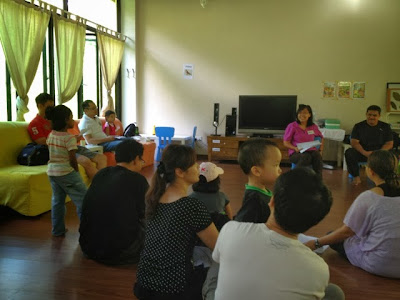 Setting up our tent
I was pretty impressed with hubby's skills! 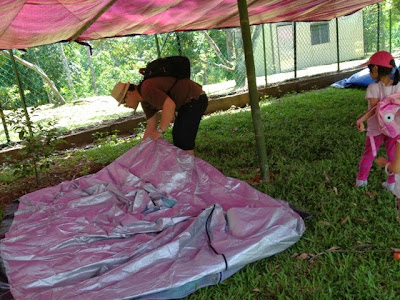 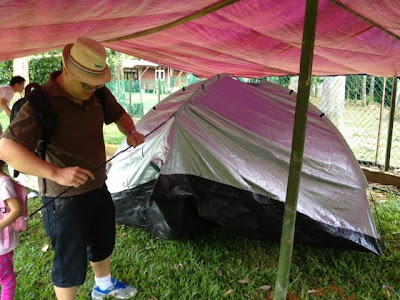 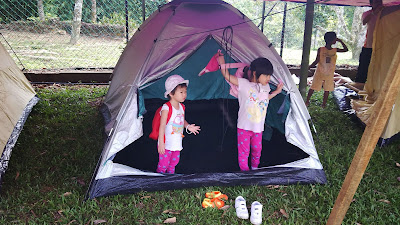 After setting up the tent, we had a quick lunch and then it was time for some river fun.

Happy girls
It took Elyssa a while to get used to the surroundings but Erin was very happy right from the beginning. 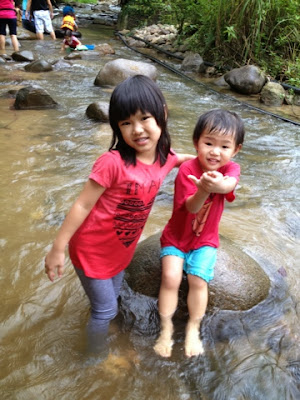 Erin trying to catch some fish 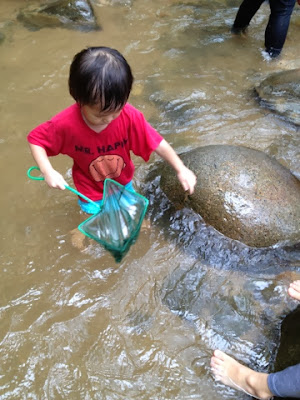 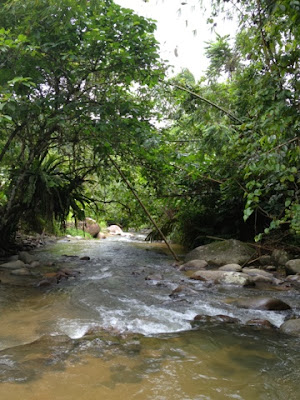 After the water fun, we missed the next activity (music & sound movement) cos we had to make an unexpected trip out. Why??  Cos we forgot to bring the girls bag!!!!  Aiyoyoyoyo!!!  Couldn't believe we made such a silly mistake.  I spent hours carefully packing clothes for them and then we left the entire bag at home. Silly, silly, silly  :(

I normally make a quick check before leaving the house, but this time I didn't.  Cos while we were loading the bags into the car that morning, both girls were so excited about the trip that they happily sat IN the car while waiting. So were quickly loaded out stuff and went off without that bag. *sigh*.
Note to self : always, always do a final check!

The unexpected trip to Bentong town costs us over 2 hours cos we stopped at quite a few places looking for clothes.  In hindsight, it would have been easier if we had headed home instead! Anyway, we managed to get 2 sets of clothes for each of them in the end. On the plus side, both girls napped in the car.

When we got back to the camp, we caught the tail end of the next session which was the "Create with Nature" activity. We quickly dived into the activity so I forgot to take photo  ;-)  Basically, we made an "art base" from flour, salt and water, and then decorated with little pebbles/ferns/flowers taken from the river activity earlier.  Took this photo from the camp's FB page: 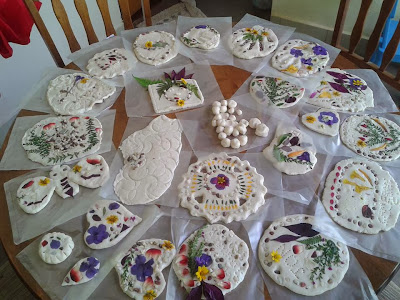 After that, it was time to take our showers before dinner time.   Keke...this wasn't done proper camping style though. There's actually a nice bungalow next to our campsite.  So we had nice hot showers and the kids watched cartoons for a while  :-)   Hey, can't shock us city slickers too much!!!  Haha. 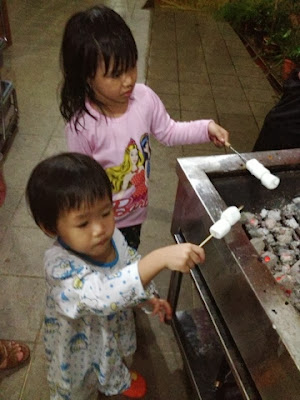 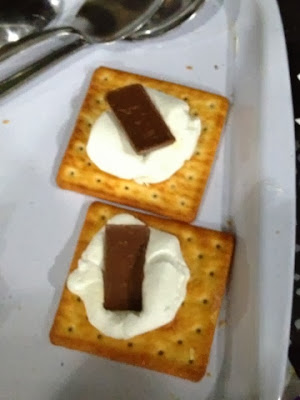 Yes, there was even a projector tv that night  :-)
Look at Erin! Had to keep prying her away from the big screen! 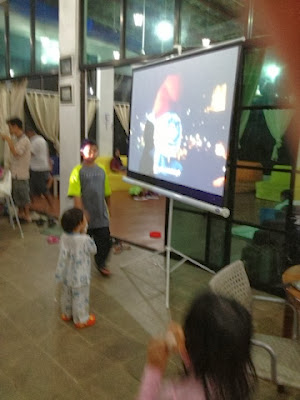 After everyone was done with dinner, it was time for games
I think this was the Duck, Duck, Duck, Goose Game  :-)
Erin didn't understand the game at all but that didn't stop her from having fun. The selected "goose" had to chase the "duck" round the circle. Every time Elyssa became the "duck", Erin also ran around.  It was absolutely hilarious! 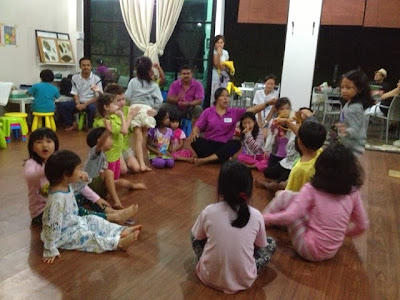 Blur photo, but I just love the way Elyssa took care of Erin during the games :) 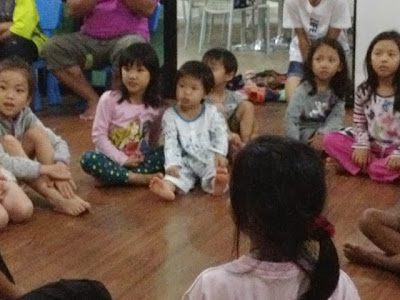 After games, we washed up at the bungalow then it was time to sleep in the tents. Will continue in next post...
Posted by Adrine at 12:20 AM

Looks really fun! We dont really fancy outdoor activities but if given the chance to experience this, I would like to try it too.