I cringed when Elyssa told me that her concert costume was "Green".  Followed by the words "Bright Green" and "Shiny,Shiny one!!". And she said her teacher was going to give them green long socks.   Yikes!!!  What were the organizers thinking?

With that in mind, the costume was still somehow better than expected  :-)

Anyway, I knew they were practising for the concert for weeks and weeks! Most of the time, she won't tell me the steps but there was one day when she relented. I smiled to myself when she showed me the steps, complete with the count, and who stands where and who says what.  Oh yeah, I heard her mutter once in during her afternoon nap too : "1,2,3,4"  "5,6,7,8".  So, she practised in her sleep too!!

Elyssa in her "green, shiny-shiny costume"
And with make-up! I put on light make up for her, but as expected, the teachers "painted" more. 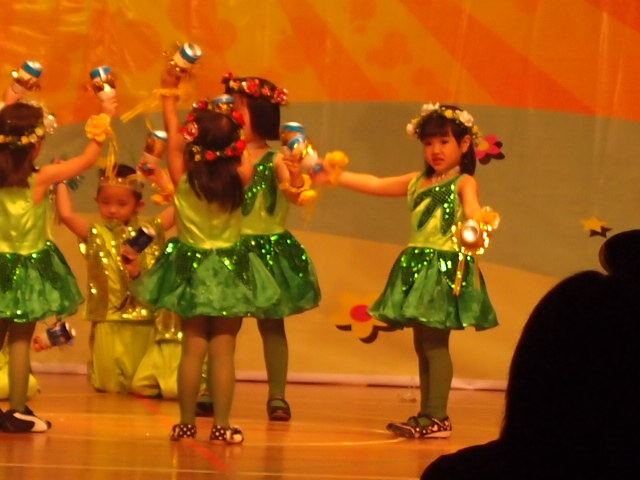 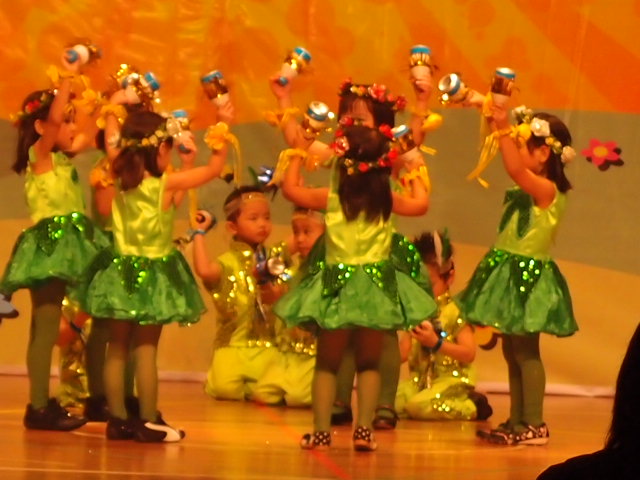 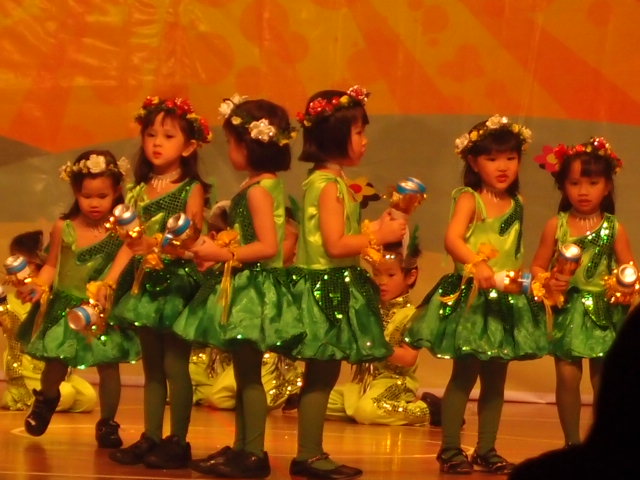 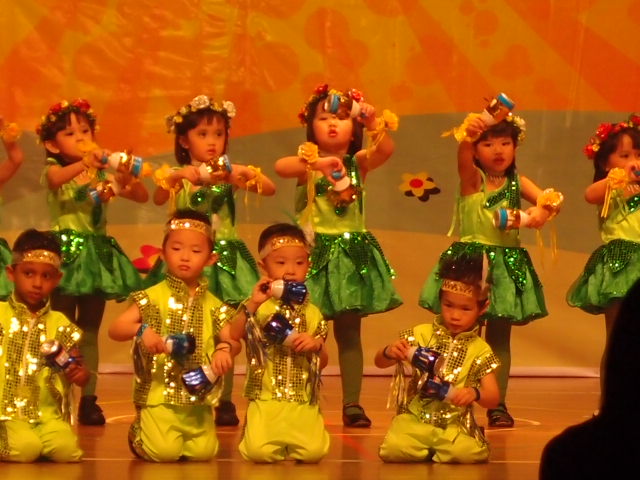 Woo hoo.......good job Elyssa!  She didn't smile at all but she remembered all the steps.

Photo taken after the concert
She refused to let me hold her sausage bun!
Note : Sometimes, I think she likes school activities bcos they alwiz get sausage buns after that. She went on her second school trip recently, and when I asked about the trip, one of the things she said was "we got sausage bun!".  LOL. 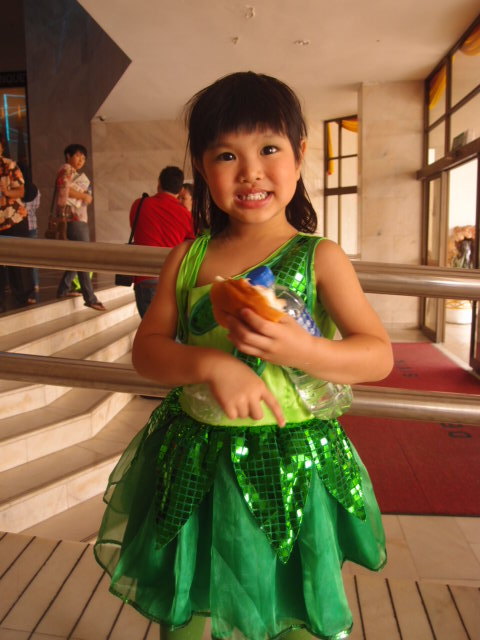 Aah, now i see the similarity of the green costumes with those the girls wore at William's concert. But as a consolation, it's DIFFERENT lar, same material, but still got differences. How much you paid for that? william's lion suit cost us RM80.

She's a darling as usual, loves her food very much.

Yes definitely better than expected. The flower garland on the hair completes the outfit, nice! Supposed to be some sort of forest elf?

Time for mummy to start making sausage buns for her? Lol

awww...she's so pretty. i like her costume. reminds me of tinkerbell :)

she look so sweet. no video?

She looks so pretty and sweet in the costume. :)

the dress wasn't too bad actually! like a garden fairy :)

Not gaudy at all, in fact very nice. Reminds me of those little flying fairies/elves from those fairy cartoons.

Concert attires are supposed to be like that... shiny-shiny and in bold, bright colours. Elyssa looks pretty in green :)

Elyssa looks so beautiful and i like her concert costume.