For her 3rd birthday celebration, we went out for dinner with close family members.
When she goes to pre-school next year, she will finally be able to have a birthday event with her own friends. (Right now, her "friends" are her soft toys and other kids she meets when we go out - after a few minutes of playing, she happily declares them as "my friends!")

BUT I was so busy eating / entertaining that I completely forgot to take a single photo of the yummy food. Aiya.....!
Pinched some photos from a food blog - 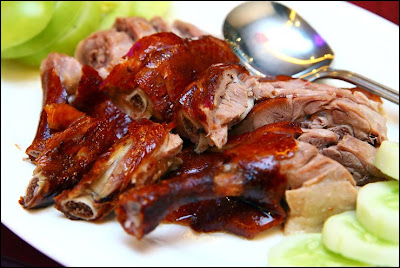 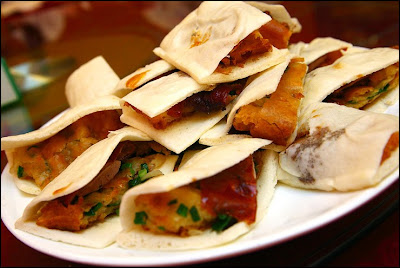 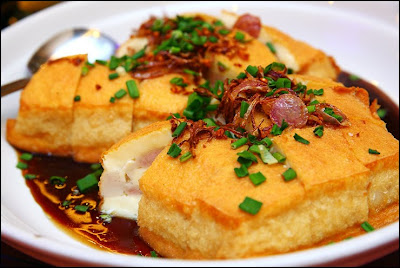 I only remembered the camera for the cake cutting session. 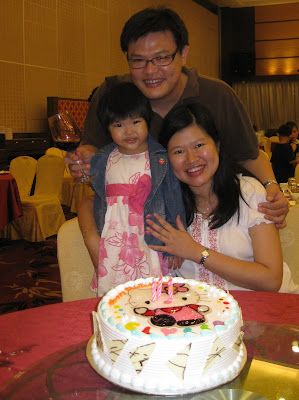 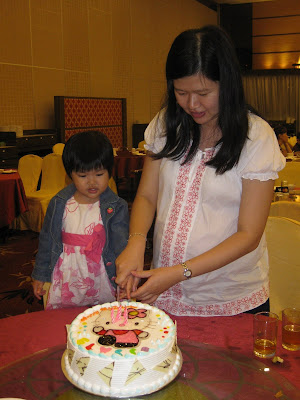 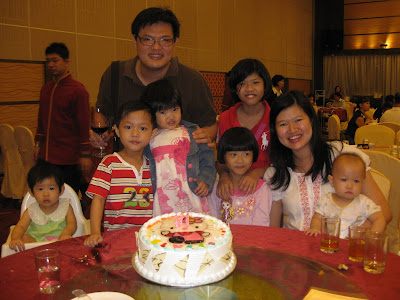 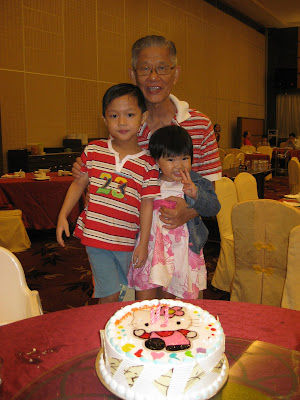 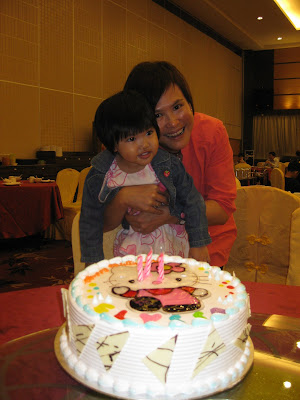 After the photo taking, it was time for the more important event - ENJOYING her birthday cake ;)

Must test first - nice or not?? 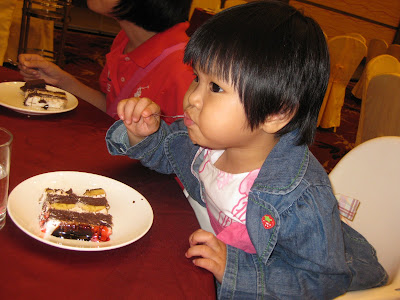 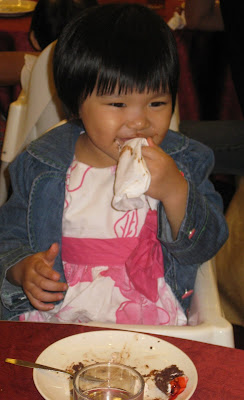 Happy 3rd birthday my little princess!
Posted by Adrine at 8:45 AM

Happy Birthday Elyssa :) That's a grand celebration :) I bet she enjoyed all the food huh?

Happy birthday to your princess! Like her pink party frock and of coz....her Hello Kitty cake! You're glowing with your second pregnancy!

its a GRAND birthday for Elyssa. She must love her beautiful kitty's cake. May her mummy and daddy be blessed with 6 kids, so she will be eldest jiejie in the family.

Happy Birthday To Elyssa. At the end you went for normal cake instead of cuppies? Anyway nice HK cake there..

Wishing her with good health.

Happy birthday, Elyssa :) So much good food! Yup, agree that the mummy is looking radiantly good :)

Happy Birthday to Elyssa!! I like the HK cake.

happy birthday elyssa! we just went to extra super tanker for dinner tonight too, but a different branch :)

What a happy family gathering for a special little girl!
She looks so happy and all grown up!
Happy belated bday, Elyssa! Looking forward to read more adventures as a 3 year old!

Wishing Elyssa a beautiful and memorable Birthday! Wow, big girl now and such a lucky girl to celebrate her big days with all her beloved cousins!