We had an early 2nd birthday celebration for Elyssa last weekend since BIL's family from Singapore was in town. Similar to last year, it was nothing fancy - the plan was good food with family members.

Hubby and I ordered her birthday cake from Cake Sense about a week before the celebration. Her favourite characters are Elmo, Barney, Pooh and Eeyore. Well, I didn't want a donkey on her cake so it was down to 3 choices. He heh.
Choose Pooh in the end cos the design from the cake album was the nicest. Also, hubby pointed out that in the picture, Pooh was really round and was happily eating, which really suits Elyssa. :) 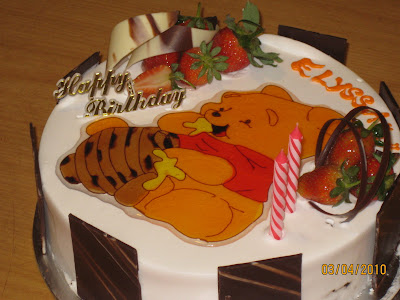 Happily showing off her birthday dress at home 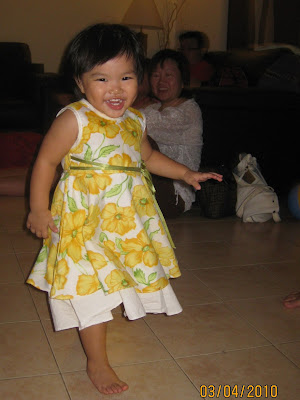 We pre-ordered the food from the restaurant in Puchong. Similar to last year, when the food came on the actual day, we forgot to take photos before we attacked it. So, have to write down the menu here:

The "Chong ladies" in the family. 5 young ones and one leeetle-bit-not-so-young one ;) Elyssa with Justin ko ko.
See her awkward angle? Poor birthday girl fell hard on her head right after this photo was taken. She bawled her eyes out :( 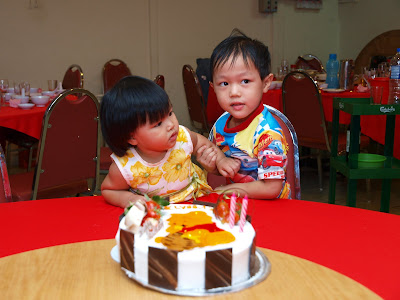 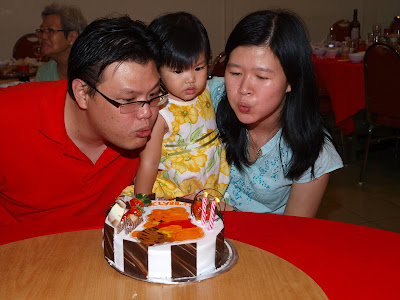 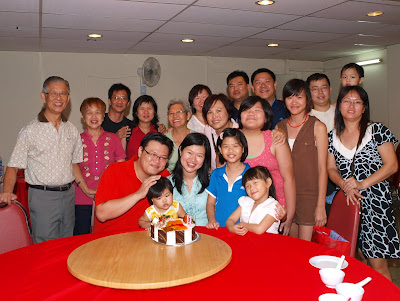