Another super late post - this 5D, 4N Hong Kong trip was made 2 months ago!  This was a family holiday with our little family of four, MIL, MIL's sis, SIL and my 2 nieces.  Details are a bit fuzzy now, so will make do with mainly photos.
Day 1
﻿
﻿
﻿
Everyone woke up bright and early, all excited to start our holiday. Cab came to our house around 5am+ for our 9am+ flight. THEN came the boo boo when we saw the flight departure info - our flight had a FOUR hour delay!  Grrrrrrr!
Flight check-in took super long as well since a lot of people in the queue tried to change to an earlier flight. Stood in line for almost an hour  :-(
After we got our boarding passes, we still had plenty of time before our flight. We had a leisurely breakfast at Old Town White Coffee then slowly explored KLIA. Never knew there was a small rainforest area with big trees.  Quite nice actually.  Elyssa and Erin had their cousins to keep them company, so the long wait wasn't so painful.
Chillin' out at Old Town 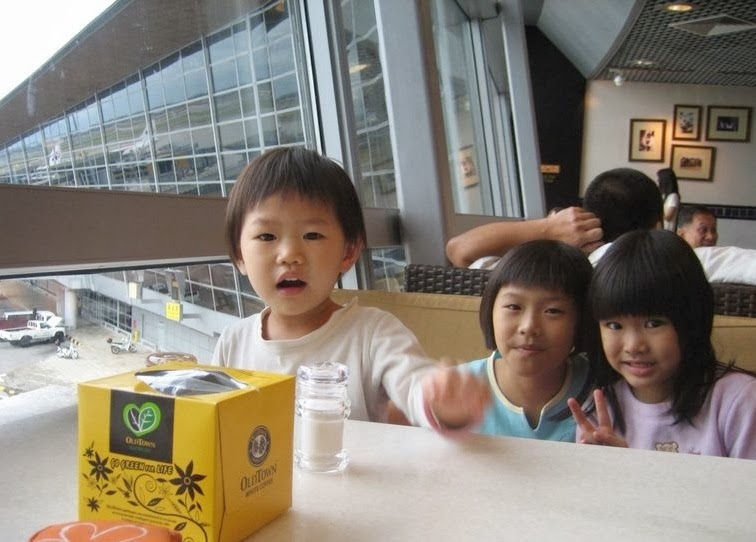 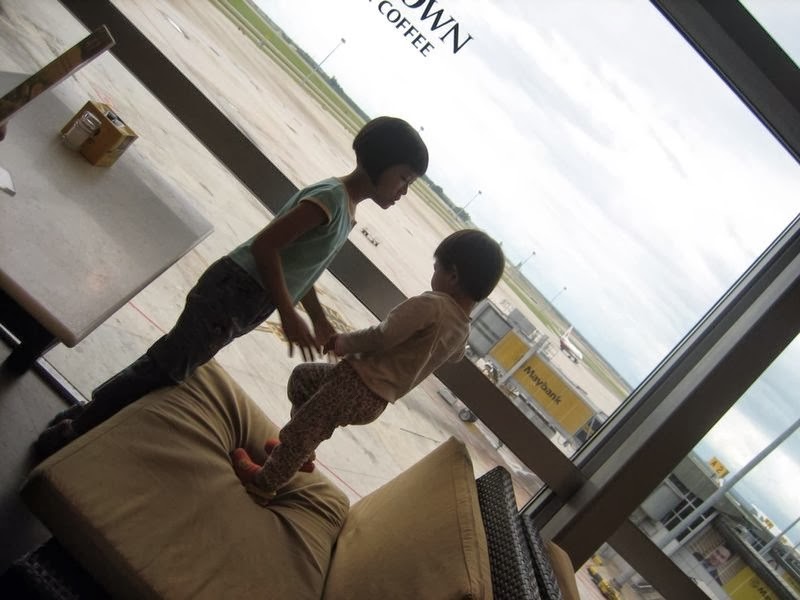 Check out this "rainforest area" IN the airport area 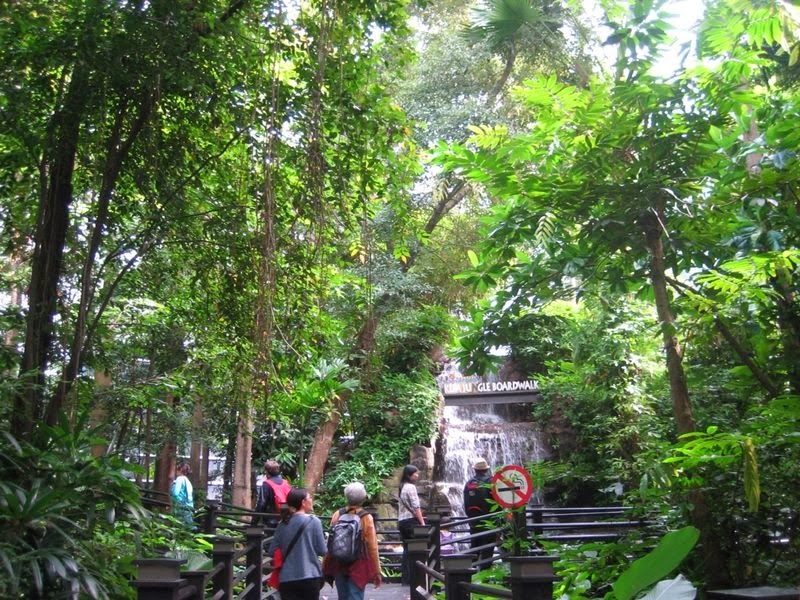 Taking the Aerotrain from Main Terminal to Satellite Terminal
The girls had so much fun pretending to drive the train. Since we had so much time to spare, we actually remained in the train and went for another round. Hehe.  (instead of just A to B, we went from A to B, then B to A, then A to B again).  They were super happy! 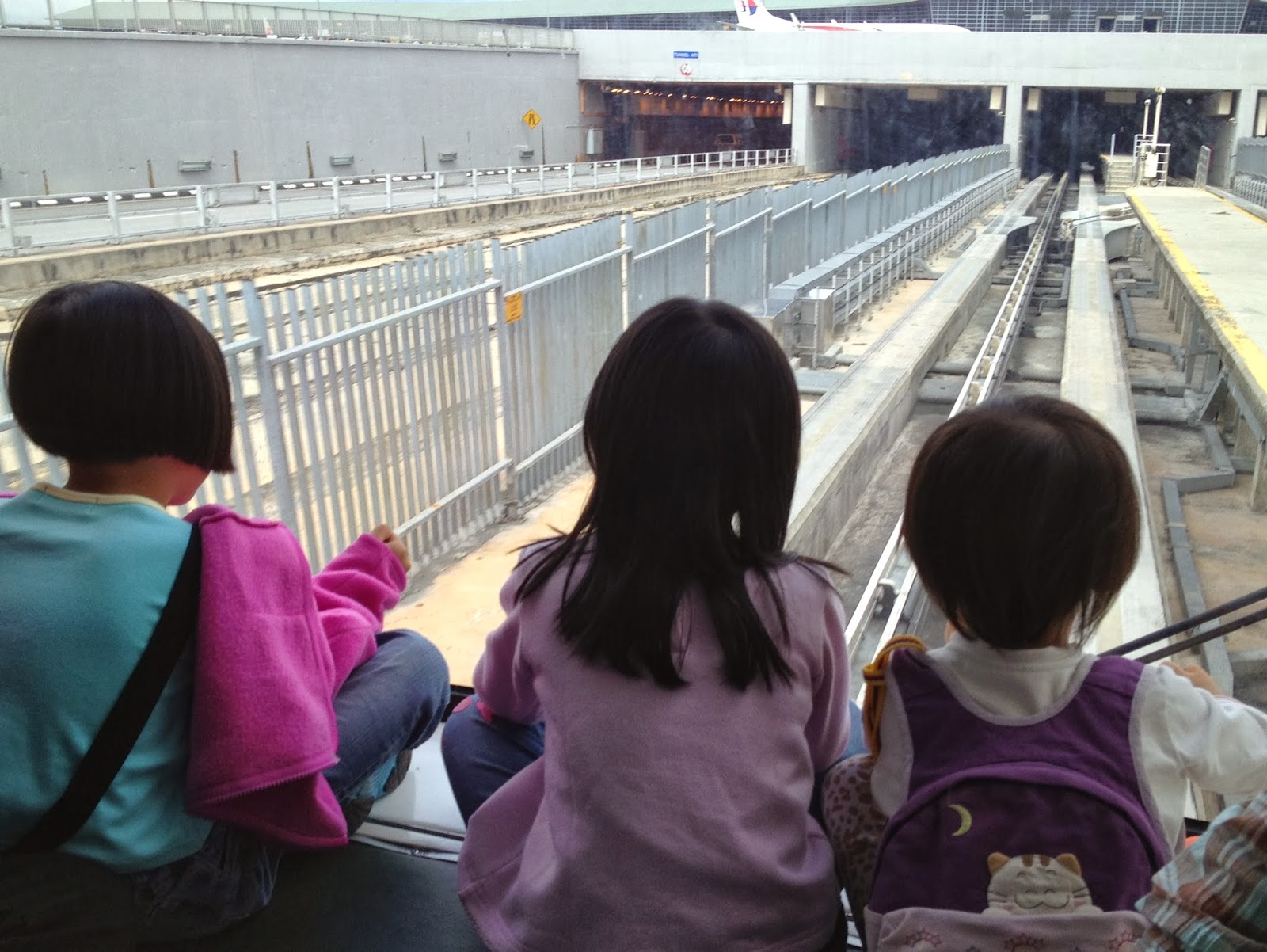 Flight itself was ok.  Elyssa was happy with the in-flight cartoons. Erin finished her meal then slept till landing time. Phew.
After the whole process of immigration, travel to our hotel (we stayed at Eaton Hotel), check in, freshen up etc, it was already 7pm+.
Had dinner at Temple Street, walked around a bit and then called it a night. We wanted to walk more but Erin got really cranky.  It was then that she started something she never did in KL but became her trademark routine during this trip whenever she didn't get her way - lying facedown on the ground.  Aiyo!  More on that later.
Posted by Adrine at 12:45 AM

Erin so hood can sleep through the flight

Nov?? keke, and I tot my Dec was very long overdue already!

Nov?? keke, and I tot my Dec was very long overdue already!

Tin Ho wan..can get in SG already but expensive. sigh :(