Another super back dated post.  One year to be exact!  Langkawi holiday was CNY 2016. Haha..well, better late than never!

It was a lovely short holiday at Langkawi - 2 nights at Tanjung Rhu hotel (absolutely LOVELY hotel!) and then 2 nights at City Bayview Hotel (uhm..any hotel after Tg Rhu definitely pales in comparison) So excited to start our holiday 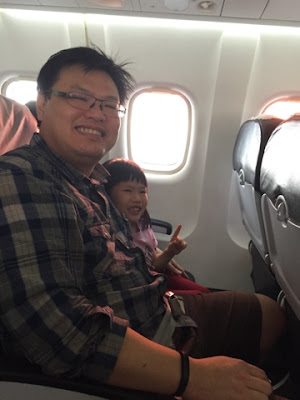 Less than 2 hours later, we were at this amazing place... Tg Rhu Resort 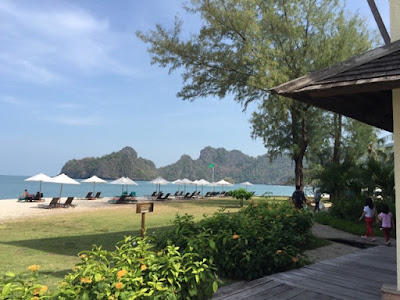 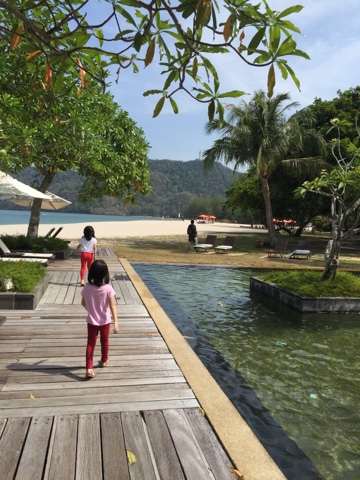 We were lucky to catch a CNY lion dance that day 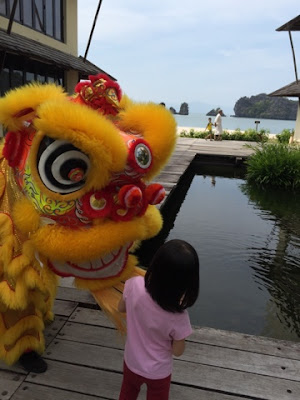 Lion dance by the beach! 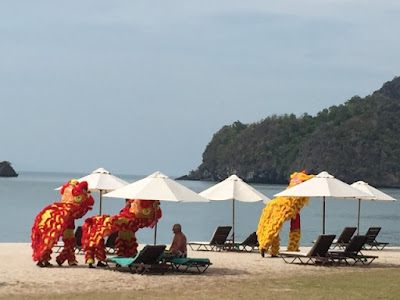 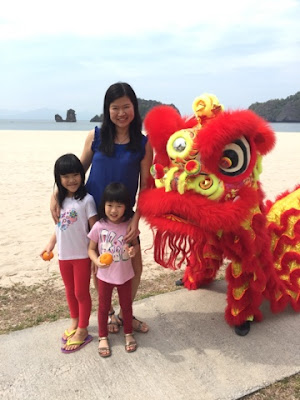 Family photo with one of the lions 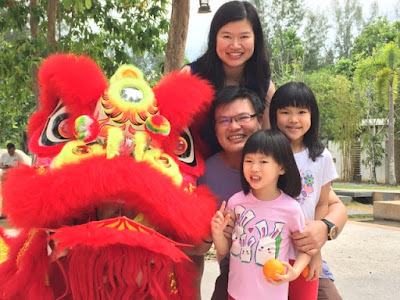 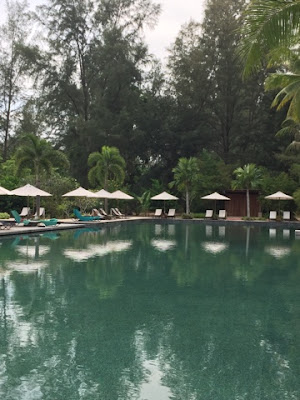 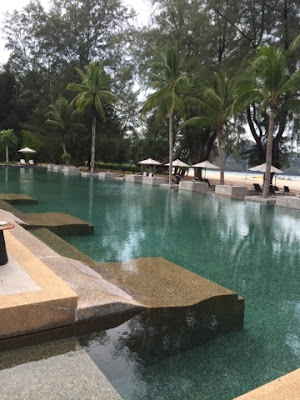 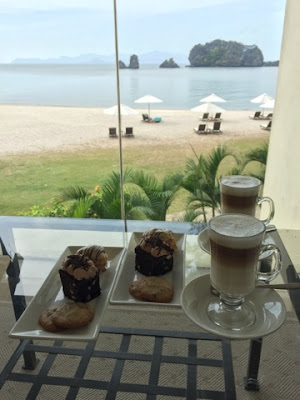 Alcoholic drink by the pool that night. Hic!
Buy 1-free 1 during happy hours. It's Langkawi after all.
Girls wanted to watch tv in the room so we did something new this round - left them there!  Taught Elyssa how to call us and we were just 5 mins away within the hotel grounds anyway.
It was nice to just drink and chat by the poolside and then the beachside. (without hearing "Mummy!" every 10 mins. haha) 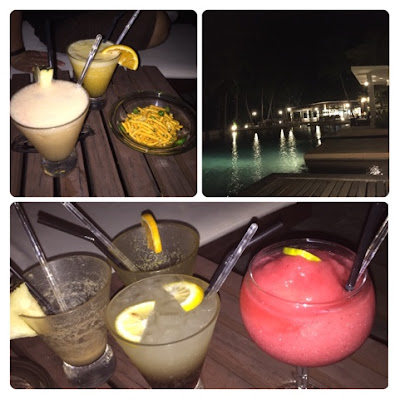 Elyssa gave us such a big scare last month.

She was running at my parent's place, slipped on the wet floor (already told her not to run as the maids were mopping the floor) and hit her head hard on the floor.  Poor girl cried and cried.  I wasn't particularly worried at first.  Tot it was just another fall.  About an hour later, she still complained her head was painful. We went back home and then she started packing her bags for school the next day. Seeing she was fine, hubby and I went for a short after-dinner walk around the neighbourhood.  Came home to find her crying away.  Okay.... so brought her up to her room to sleep.

My heart stopped for a beat when she suddenly cried and asked "Mummy, where are you?" Uhm? I was sitting right in front of her! She said everything was dark and she couldn't see anything.  (room lights were on).

Hubby panicked and said better to bring her to A&E immediately. What if there was a concussion? A head injury?

So off we went to the hospital.  While waiting for the doctor, she vomited her dinner.  Aiks, lagi panic. Doctor attended to her, said her signs were ok but suggested to do MRI anyway.

Elyssa and her MRI
(ok, this mummy just HAD to snap a quick photo)
She had to close her eyes and not move, while we all had to leave the room 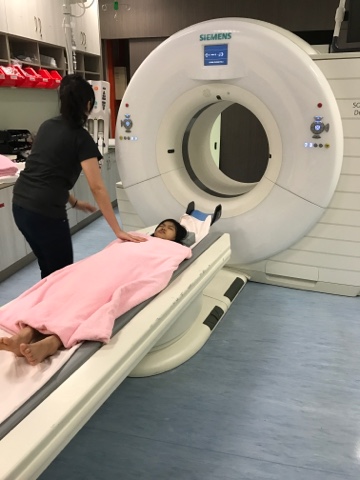 Phew, luckily MRI results were fine.  But doctor suggested to admit her for observation.  No further drama that night and she got discharged the next morning.

All fine and dandy during discharge!
Only the pricey premium room was available that night.  Ouch! Had to top up since it was over the insurance coverage limit. 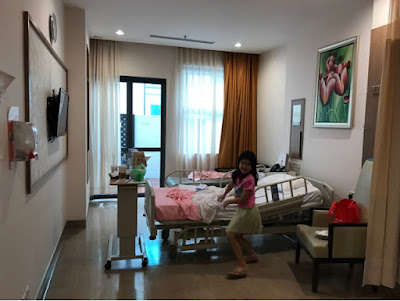 Even got private patio area! 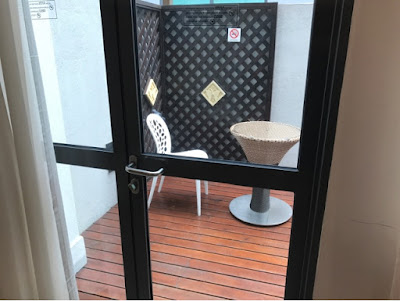 Such a huge scare but luckily turned out to be no big deal.  The fall must have caused some internal swelling, which pressed on the optic nerve which led to the sight blurness / temporary blindness.